Even amid all the talk about the decline of theatres, cinema continues to thrive, and that is the chief takeaway from Homemade, the anthology series created by Chilean filmmaker Pablo Larrain, his film producer-brother Juan de Dios Larrain and Italian director Lorenzo Mieli. Streaming on Netflix, Homemade comprises 17 short films of acclaimed filmmakers from across the world that spans different genres. Confined to their homes due to the pandemic, these filmmakers have managed to come up with quality films that capture the mood, desperation, frustration, and hope of the times we live in. The short films also redefine our perception of cinema. Perhaps, the line from the last film in the series, Ride It Out by Ana Lily Amirpur, is most telling: "Art, in its simplest terms, is just a way to force a new perspective onto something familiar. To rip apart its definition and redefine it is the work of an artist.”

The variety that Homemade provides is delectable. You have Mayroun and the Unicorn by Nadine Labaki & Khaled Mouzanar, which is an uninterrupted scene of a daughter in her dad’s office. She creates a whole new world in that small, cluttered, and chaotic office. And all she wants is to be set free. You see, the pandemic applies only to adults. Kids live in their own worlds unfettered by reality. Perhaps that’s why many filmmakers have turned their cameras towards their children to try and capture that innocence. “While I learn the art of patience sitting with uncertainty, you are learning to read, to ride, to swim,” tells Rachel Morrison to her five-year-old son in the poetic The Lucky Ones. It hits hard because this is not the greatest time for a kid to grow up in. 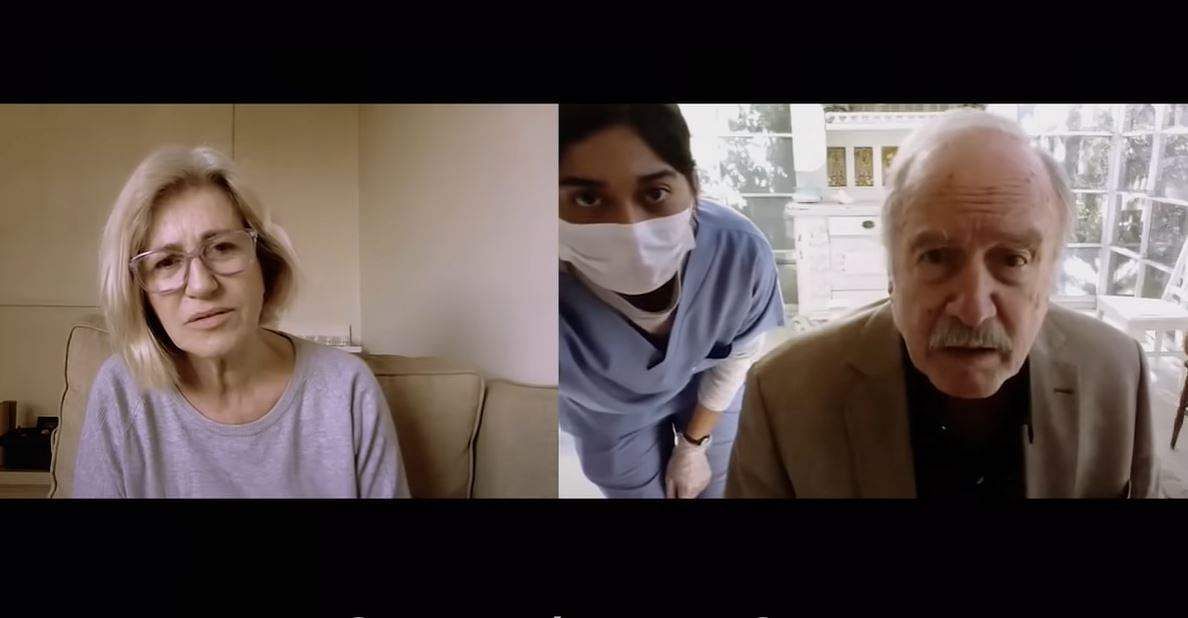 On the other hand, we have Kristen Stewart, who expresses the adult desperation in her film, Crickets. Confined to her residence in Los Angeles, the actor suffers from insomnia. Crickets taunt her as she struggles to get a break from everything. The film goes on to prove that the exasperation is universal and privileges are of no help when the battle is against nothingness. Haunted by her constant thoughts, she says, “I can’t stop. It’s not stopping.”

But not everything is bleak in this series. Pablo Larrain’s The Last Call, my personal favourite, is a brilliant subversion of the current global perception of old people. What kickstarts as an emotional love story takes an unexpected turn. Less said, the better. There is also the hilarious and romantic mobile-screen movie, Couple Splits Up While In Lockdown LOL. The title is self-explanatory.

Such plurality in genres and ideas shows how art finds its way in the worst of times. Homemade goes on to prove that the possibilities of cinema are enormous and a pandemic cannot stop it. The pandemic might have locked down theatres and stopped outdoor shoots, but cinema continues to adapt to changing times, and brings us possibilities we overlooked. It is clear that cinema, much like the world, will not be the same anymore.