Enable Javscript for better performance
Honey, the kids shrank me - Tollywood star kids are getting more eyeballs than their parents- Cinema express
ADVERTISEMENT

Honey, the kids shrank me - Tollywood star kids are getting more eyeballs than their parents

Star kids are embracing social  media big time, with the blessings of their superstar dads and moms

Making a silver screen debut in your own production after six months of hard work and spending a few crores is so 2019. A splashy social media debut with super-cute selfies on Instagram or Twitter and accruing a zillion fans overnight is the password to fame. Star kids are embracing social  media big time, with the blessings of their superstar dads and moms. The trend is most conspicuous in Tollywood, the hub of Telugu movies. The shining stars are the progeny of Telugu titans—actor Allu Arjun’s daughter Allu Arha, actor Mahesh Babu’s daughter Sitara Ghattamaneni, director Vamsi Paidipally’s daughter Aadya and producer-actor Lakshmi Machu’s girl Vidya Nirvana.

Seven-year-old Sitara debuted on Instagram in 2019 and has 389k followers today. Her chutzpah moment? Interviewing papa Mahesh Babu after the success of his 2020 blockbuster Sarileru Neekevvaru and him pleading, “Will you let me talk for two minutes?” Mahesh Babu and wife, the actor and former Miss India Namrata Shirodkar, rarely make a big deal about their daughter, even when her posts, videos or reels trend on social media. Mahesh’s digital team handles her account with advice from Namrata.

Sitara has one of the biggest fan bases among star kids; it helps when she has to promote the Telugu version of Frozen 2 where she dubbed for baby Elsa. Or when she pitches Sesame Workshop, an NGO that conducts social impact projects focusing on children. Sitara’s brother Gautam, who made his child actor silver screen debut a few years ago, has a verified Insta account, too. But it is she who is on a roll. Little sensation Allu Arha, daughter of actor Allu Arjun, is another cracker on Instagram. Although she has no official page, Allu’s team is happy that her fan pages do a good job of shining the spotlight on her. “They are not official handles, but a reflection of the love Arjun and Arha’s fans have for them,” the team head says. Arha’s Facebook fan page @AlluArhaa has 87k followers. Started in September 2018, it has a single admin, Akansha Padhee who is a self-proclaimed diehard fan of Arjun, and now Arha. Padhee, a BTech student from Sambalpur, Odisha, can barely understand Telugu. But her adoration of Arjun prompted her to start Arha’s FB page.

Padhee spends about three hours a week on the page and gives the latest updates mostly sourced from the news. The most popular post so far? “That funny reel of Arha where she is lip-syncing to ‘tumhari favourite actress kaun hai?’ It garnered around 31,20,000-plus likes,” says Padhee, who also runs @ambunnyholicc’s page (Arjun’s fans call him Bunny). 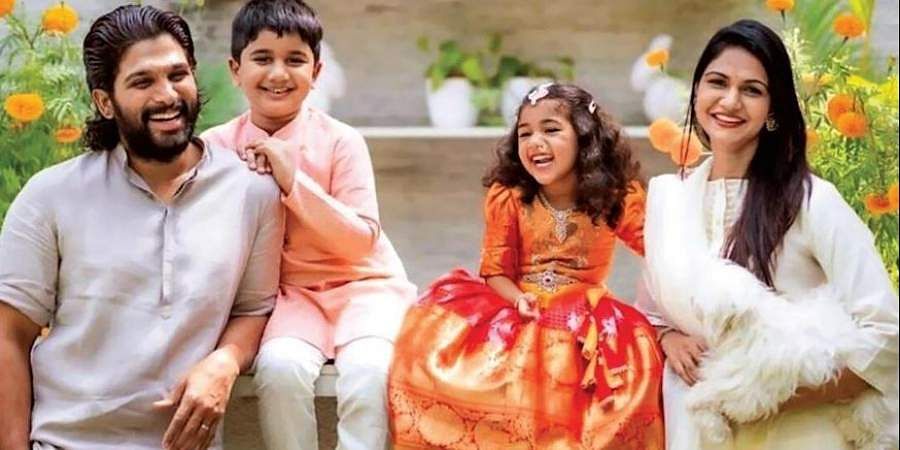 Meanwhile, actor-producer-show host Lakshmi Manchu’s daughter Vidya Nirvana has her own YouTube channel Chitti Chilakamma, curated with help from a prominent digital company. The six-year-old debuted during Sankranthi 2020. Since then, the channel has garnered about 80,000 subscribers and 28,05,791 views. Says Lakshmi, “We shot a few episodes which we released to gauge audience response. Luckily Nirvana is at an age where she can perform in front of a camera. Everything came together perfectly.” Nirvana chimes in, “The comment section is filled with questions from parents about bringing up children. I love shooting with mom. I’m not scared to be in front of the camera. It is fun.”