Why the Cobb-Mal relationship in Inception isn’t a tragedy

As Inception completes 10 years, we look at the sub-story of Cobb-Mal romance in the Christopher Nolan film

Fascinating stories usually contain at least one sub-story that bursts with dramatic potential—one that, if developed, could well be a fulfilling story unto itself. Such sub-stories often remain under-explored on account of grander pursuits of the parent narrative. To set context for this piece, here’s citing a few examples of sub-stories from Christopher Nolan films. Walking out of Prestige, it’s hard not to wonder what the lives of the Borden twins would have been like, growing up. What sacrifice must it have taken for these twins to live their entire lives, dedicated to a singular goal? In another Nolan film, Interstellar, a scientist, Dr. Romilly, is forced to spend 23 years in isolation in a spacecraft hovering in spatial wilderness. What would life have been like for Dr. Romilly, with his hopes of human company getting dashed year after year? Or in the same film, what must the life of Murph have been like, waiting for her father? What must it have been like for this girl to grow up to be a woman, to become a scientist like her ghost-father, while never truly making peace with his disappearance? Or how about in The Dark Knight, when Alfred tells Bruce Wayne about the time he was in Burma—you know, when he learned that some people just like to watch the world burn? Who was Alfred then? What was his life before he took upon the mantle of serving the Waynes?

Here, we look at one such sub-story in a Nolan film—Inception that has completed 10 years now. I’m talking of the Cobb-Mal romance that occurs in a dystopian wasteland, a romance that unravels more in our minds than in the film—which is only fitting, considering that much of Inception happens largely in its characters’ heads. This is a romance fully deserving of a film unto itself… And it's a story I would argue isn’t the tragedy it is generally thought to be.

The relationship between Cobb and Mal profoundly affects the events in Inception. The heist planned by Cobb and team meet several obstacles, including Saito getting shot and Arthur failing to prepare for Fischer’s militarised subconscious, but no threat is more disastrous, as Ariadne notes, than the presence of Mal. Much of what we learn about the Mal-Cobb relationship is through her eyes, and she has no qualms about prying, as Cobb finds to his unease, when she walks uninvited into his dream. From what she gleans of the relationship, she too, like many of us, seems to think it a tragedy. What if I were to suggest though that their relationship is a longer, more fulfilling togetherness than the ‘most happiest’ couples manage in reality? 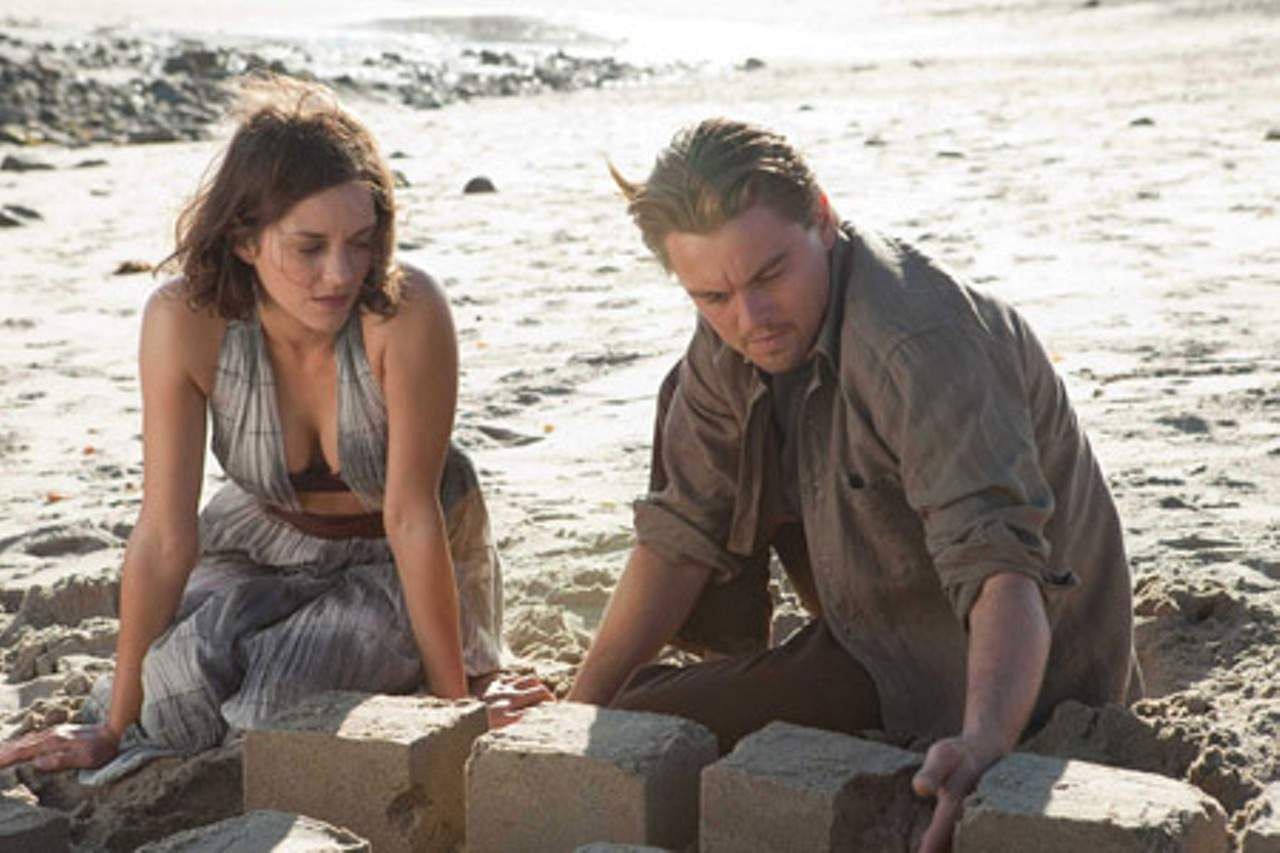 I’m thinking, of course, of the many decades they spent in “the shores of their subconscious”. We learn that both Cobb and Mal were consumed by their dream experiments (she did invent the idea of a totem, remember), and egged by Cobb, we are told that the couple sunk deeper and deeper into dream levels—finally wading into the very depths of their subconscious, and spending as many as 50 years in a magnificent—or so it seemed to me—dream state called Limbo. At first glance, the 50 in ‘50 years’ reads like a number, almost like it were a statistic without much significance, but pause and spend a moment taking in the reality of spending 50 years of wakefulness with another person. That’s 18,250 days of conscious companionship. Contrast this with ‘real’ couples, who even if they were fortunate to spend a whopping 50 years of union, will have been technically together for barely 20 percent of the time, thanks to pesky earthly routines like work and child-rearing and sleep. Cobb and Mal spend half a century with each other, savouring the sights and sounds of a land that is truly their own, as they slowly, painstakingly transform this seeming dystopian land into their utopia—thereby eking out a purposeful existence too. Notice Ariadne’s awe when she first steps into limbo and gawks at the skyscrapers. Think of the lack of physics, the delightful lack of rules, in limbo. Think of being able to design your world, and being limited only by the horizons of your imagination. Wasn’t this sense of wonder why Ariadne came rushing back to Cobb, barely a day after storming out?

Visualise the possibilities in limbo. Picture Cobb and Mal recreating places from their memory, taking each other through half-remembered vestiges of their childhood. Walking Ariadne through limbo that is punctuated with striking structures he had created with Mal, Cobb looks at an almost dilapidated building and notes, “That’s where Mal grew up in.” Picture many years ago—well many hundreds and thousands of years ago in limbo timeline—Mal taking Cobb, the love of her life, through the intricate experiences of her childhood in this home. Remember that these are the sort of memories the limitations of our reality often allow only verbal versions of. It’s a home in which Mal would, no doubt, have breathed life back into her nostalgia, but it’s also one in which she and Cobb would have created many years of new memories. Think of spending decades with your partner in a paradise unrestricted by the laws of physics, unrestrained by financial handicap. Think of being able to walk hand-in-hand in all the homes of your dreams. As Cobb tells Ariadne while stepping into a skyscraper he created with Mal, “We both wanted to live in a house, but we loved this type of building. In the real world, we would have to choose, but not here.” As Cobb tells her this, replaying in his head all those joyous times he spent with Mal in this dreamland, in this very building, isn’t it only fitting that what you hear in the background are strains of a Hans Zimmer track called Time?

It is the lack of this realisation—that he, Cobb, had lived a long, happy life with his wife, Mal—that burdens him with as much guilt. He hurls this accusation at himself—through his projection of Mal: “You said we would grow old together!” It’s only at the end that Cobb himself wakes up to the idea that his relationship with Mal needn’t be perceived as a tragedy. He responds, “But we did! We had our time together.” It’s possible that you, the reader, are perhaps shaking your head in disapproval at this dreamy take on what, on the surface, seems like a tragic relationship. You are perhaps firm in the same conviction that Cobb became increasingly besotted with, during the latter stages of his time in limbo with Mal: Life in limbo isn’t real. So, you ask, why does it matter if they spent half a century in a place that’s not real?

In response, I’d cite a scene that takes place about 40 minutes into the film. Cobb is recruiting people for his mission and meets a chemist called Yusuf, who gives him a tour of a facility where old people are seen dreaming away their lives. Cobb perhaps is you, the reader, so confident that dream state is not reality, and so, it should not count. The old caretaker, perhaps upon spotting disapproval in Cobb’s eyes, responds: “Their dream has become their reality.” He pauses, and asks: “Who are you to say otherwise, sir?”