Film experts discuss whether filmmakers are bound by responsibility towards a comprehensive portrayal of Chennai, making way for unbiased narratives

Chennai, according to our cinema, is a city in conflict; it is at once a big, bad, liberal city, while somehow also managing to be the conservative capital of the country. Its reputation among people in the other parts of the country is on account of its blistering heat. Our cinema, however, isn't over portraying it as the 'sin city', the place where innocence gets lost. Naturally, such repeated depiction shapes perceptions.

Renowned Indian film historian Theodore Baskaran indicates as much, while also making the point that cinema cannot be burdened with accurate portrayal. "Before cinema, there was popular theatre, which didn't quite do a great job of accurate portrayal either. Having said that, it is not right to expect cinema to act as a reformer," says Theodore Baskaran. "I believe Pattanathukku Pogalaamadi from the movie Enga Veettu Mahalakshmi (1957) was one of the first songs that spoke of the ills of moving to the city. It was a very common idea of those times."

Unfortunately for the city, this idea has stood the test of time. We still see films whose narratives are led by an innocent hero who travels to the city and gets corrupted. The supposedly immoral nature of the city is shown to co-exist with its ambitious, aspirational side. Remember films like Eesan and Kattradhu Tamizh?

Director Pushkar understands where it all stemmed from. “The entire film industry is centred around Chennai. Almost 50-60 per cent of the films get made here for a variety of reasons, including logistics. I saw such films as a reaction to that system,” he says. “Also, films that released at the turn of this century coincided with the advent of social media. When Orkut or Facebook came into place, more films started being made about the big bad world of Chennai. Gradually, the viewpoints changed, and after a while, a balance was restored. Look at films like Managaram or even a Comali that show the city differently. I don’t think the vilification of the city is shown in too many films these days.” Pushkar, along with his wife, Gayathri, has directed many films set in Chennai, including Oram Po and Vikram Vedha.

Often, films set in the city establish an 'us vs them' narrative even within the city. As the lyrics of a Pudhupettai song go, “Pudhupettai, Kasimedu, Ennore, Vyasarpadi, Enga Area... Anna Nagar, KK Nagar, T Nagar, Boat Club… Unga Area." The film, of course, is set in North Chennai, which brings us to another aspect of the city that has not exactly been shown in a good light. If our cinema is to be believed, north Chennai is a gangster’s den and only that.

Director Suresh Krishna believes the tag is a result of social conditioning over the years. "When I thought of setting Baasha in a big, bad city, I chose Mumbai. Some filmmakers choose Chennai."

Baskaran explains this as being a reflection of what north Chennai once was. “This area has had negative rep right from the British era. It was home to gangs even as early as in the 1920s. The area had the port, the first mills, and along with it, came problems concerning its labour, including law and order issues...” he says. Like Pushkar, he urges us to notice that there are stories that desist from showing the area in a negative light too. “Take an Irudhi Suttru, for example," feels Baskaran. Characters in Pa Ranjith films come to mind too. Atharvaa's debut, Baana Kaathadi, was about north Chennai, and yet, not about gangsters, as the norm has been in cinema. Director Badri Venkatesh says, "We wanted to show the brighter colours of north Madras. We wanted to show students living their regular lives. There is economic disparity, yes, but we saw it didn’t turn them towards a life of crime." At one point in the film, a gangster played by Prasanna looks at these boys and reminisces about a life he could have had. “He is feared and respected, and yet, doesn't want these kids to emulate him, or see him as a hero," adds Badri, who believes that filmmakers are really drawn to the ‘unique identity’ of North Madras. Pushkar believes, “It is thought of to be a cohesive world with its own identity. However, thanks to films like Madras, the narrative is slowly moving away from gangster films.” Suresh Krishna concurs, "It is only when the storytelling changes, we will have better films. As long as we do the typical class-difference romance or gangster-based stories, we might still gravitate towards north Chennai."

What about the other localities of Chennai? Why don’t they get as much representation? “I agree that Chennai is not just about north Madras, but you have to see that the area provides a clear visual identifier that is missing in Central or South Chennai," adds Pushkar. Though without clear markers, there are a few films that stand out for their rather cosmopolitan nature and their depiction of these other localities. These are typically those by directors like Mani Ratnam or Gautam Vasudev Menon. Baskaran doesn’t think filmmakers are bound by any responsibility to show particular parts of the city. “Take a film like 96, which is set in Chennai. The 'where’ part is quite irrelevant in that film, and so, you can’t hold it against them," he says.

Crime, that staple of our cinema, isn’t just restricted to one portion of Chennai. Recently, some films have taken to showing nefarious activities in south Chennai, especially along the East Coast Road or Old Mahabalipuram Road. The emphasis here, however, is not as much as on the people of these areas, as it is about the empty stretches of land here. There has been some representation of the life and times of these parts of Chennai, like Ram's Taramani that showed life in the IT sector. 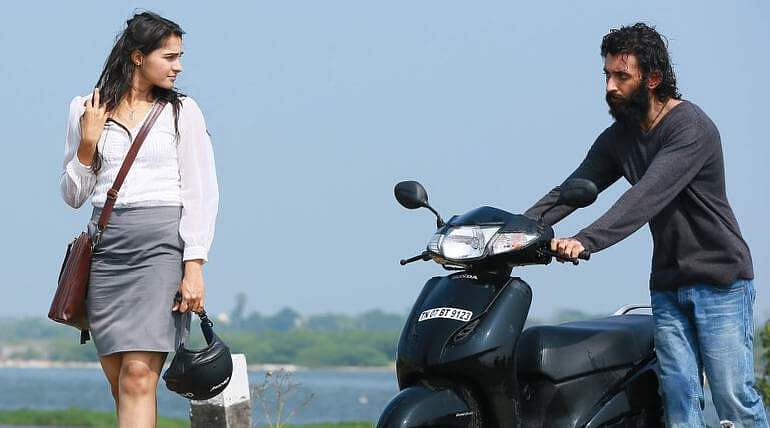 The bigger question still remains. Do filmmakers need to be aware of the previous portrayal of a place, and look at altering the status quo? "Filmmakers are not reformists,” says Baskaran. “Even when making a film with a message, they have concerns over its financial viability. While I might agree with the views in, say a film like Nerkonda Paarvai, you see that it has fights and songs. All our so-called radical films have been like that. Parasakthi had 12 songs and 2 dances. I am not saying that these radical ideas don't have any effect, but to expect films to be fair in their portrayal of people and places, is too restrictive."

RS Prasanna, director of Kalyana Samayal Saadham, comes to the defence of cinema. “You must not overanalyse cinema in terms of representation. In the process of studying it, it is important not to end up destroying cinema.  "Don’t take the microscope too close and damage the sample," he says. “Every single filmmaker comes with their biases, prejudices, and experiences, after all." Today, more than ever, there’s increased awareness over portrayal, over casteist and classist undertones. "I'm not invalidating the opinions that come out of such analysis,” adds Prasanna. “These points are valid and are important parts of our social fabric and sociological studies. But again, someone invariably always seems to take offence. How many people can a filmmaker take flak from?"

Chennai’s reputation as a land of culture has led filmmakers to milk the ‘Tamizh kalaachaaram’ angle of the city. Even though Kamal Haasan, once famously said, that kalachaaram changes every five years, Tamil films, it seems, don’t change as fast. Director Badri thinks it’s only a small segment of filmmakers who are not changing. “Our city is progressive in its own time. It does not matter whether or not, it is on par with other metros.” Baskaran notes that one filmmaker’s opinion about culture cannot be thought of as gospel in an ever-changing system. “The criticism must also note that there has never really been a film about the city. Even notable exceptions like Vada Chennai are narrating particular incidents. We don't have a film like Satyajit Ray's Mahanagar, where the city, its people and their lives, are analysed," says Baskaran. 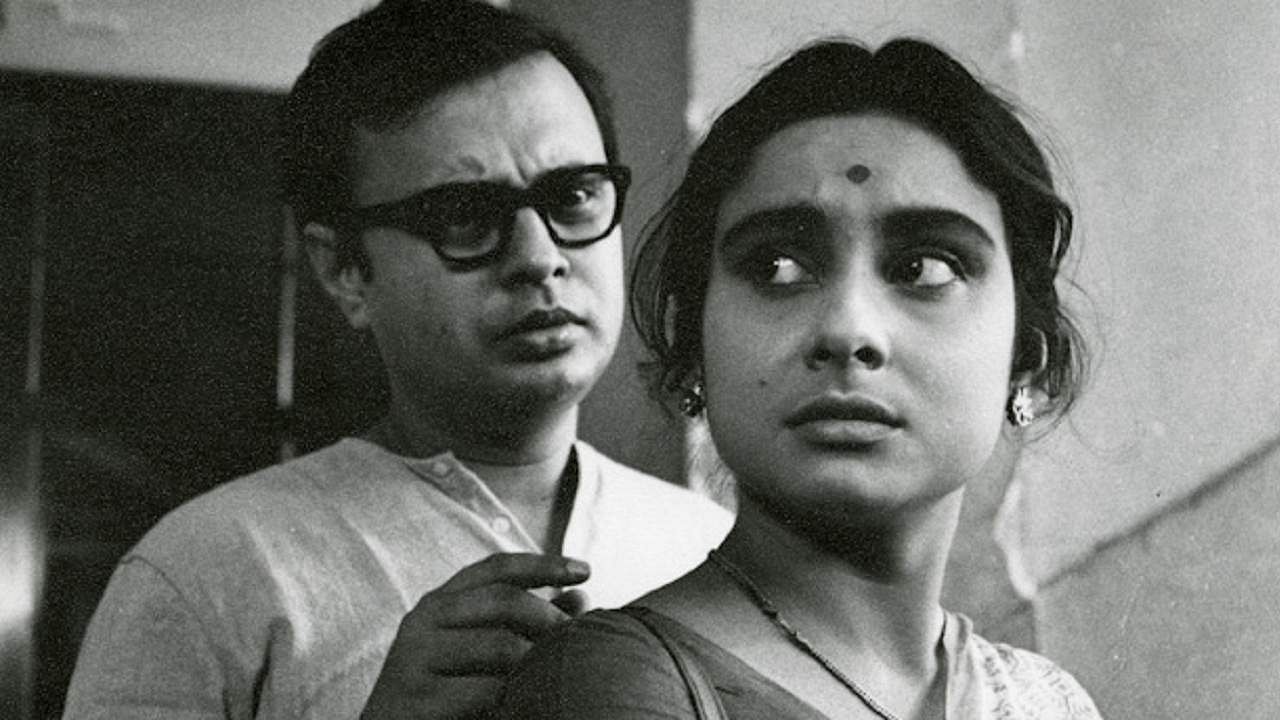 But filmmakers expect this to change during the coming years, thanks to the popularity of streaming content. "In the next two-three years, a lot of fresh narratives will come out. The digital space is bursting with ideas," says Prasanna.

Director Pushkar agrees. “In cinema, especially one that has a star, you need a powerful antagonist. What is the type of villains you can think of? A politician usually, or a cop, or a gangster. These are factors in cinema that result in larger-than-life protagonists and antagonists. In a medium of storytelling that doesn't need to stick to a time-tested format, you will see other stories coming up. Stories about blue-collar workers and IT professionals will come up, which will, in turn, explore a lot more facets of Chennai." We can’t wait.