Darshan’s 55th film to be helmed by V Harikrishna

The actor and director of Yajamana, join hands for another project, which will be produced by Media House Studio

Darshan and director V Harikrishna, who made the film Yajamana, are again collaborating on a project. Tentatively called D55, the film is produced by Media House Studio. “D55 Taking off with Pride,” announced the producers Shylaja Nag and B Suresha on social media.

Though there were many speculations about Darshan’s future projects, nothing is officially confirmed except D55. The film has set huge expectations among fans as Yajamana (Darshan’s previous venture with Harikrishna) turned out to be a super hit. 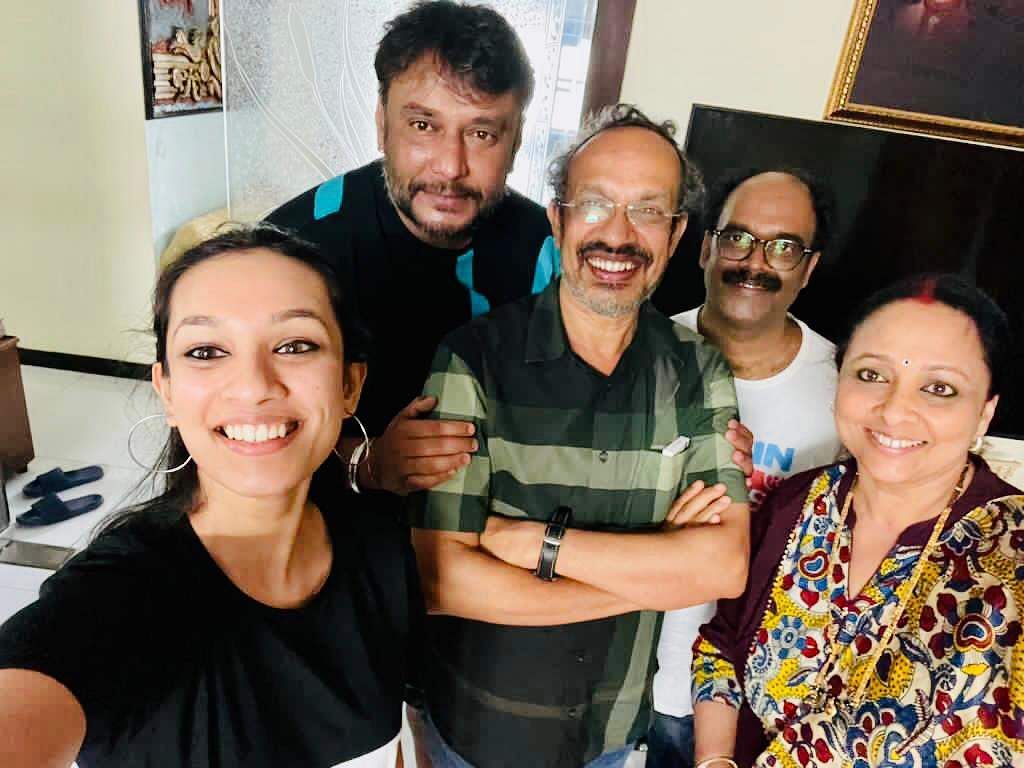 Speaking to CE, producer Shylaja Nag, says, “Harikrishna and the production house are happy to team up with Darshan again. The official announcement was made today, and the production work is in progress. Harikrishna, who will be helming the project, will also be scoring the music for this yet-to-be-titled film. Other updates will be out in a week or by the next fortnight.”

Darshan’s Roberrt, directed by Tharun Kishore Sudhir, was released in March and turned out to be a huge hit at the box office. Meanwhile, Darshan’s 54th project, Raja Veera Madakari Nayaka, is delayed due to the pandemic. The historical film is directed by Rajendra Singh Babu, who has already wrapped up one schedule. The film produced by Rockline Venkatesh requires several artists on the sets, and hence, the shooting will only resume when complete normalcy returns.