Richa Chadha, via her lawyer, has issued a statement on her name being mentioned in the sexual harassment allegations against Anurag Kashyap. Recently, a female actor accused Anurag of forcing himself on her in an interview with ABP Telugu. In her interview, the actor claimed Anurag had told her ‘it is okay’, since other actors like Richa, Huma Qureshi and Mahie Gill were ‘just a call away’.

In the statement, Richa’s lawyer mentioned that her client “condemns the act of her name being unnecessarily and falsely dragged in a defamatory manner into controversies and allegations,” adding that she has initiated ‘appropriate legal action’ against the same.

You can read the full statement here — 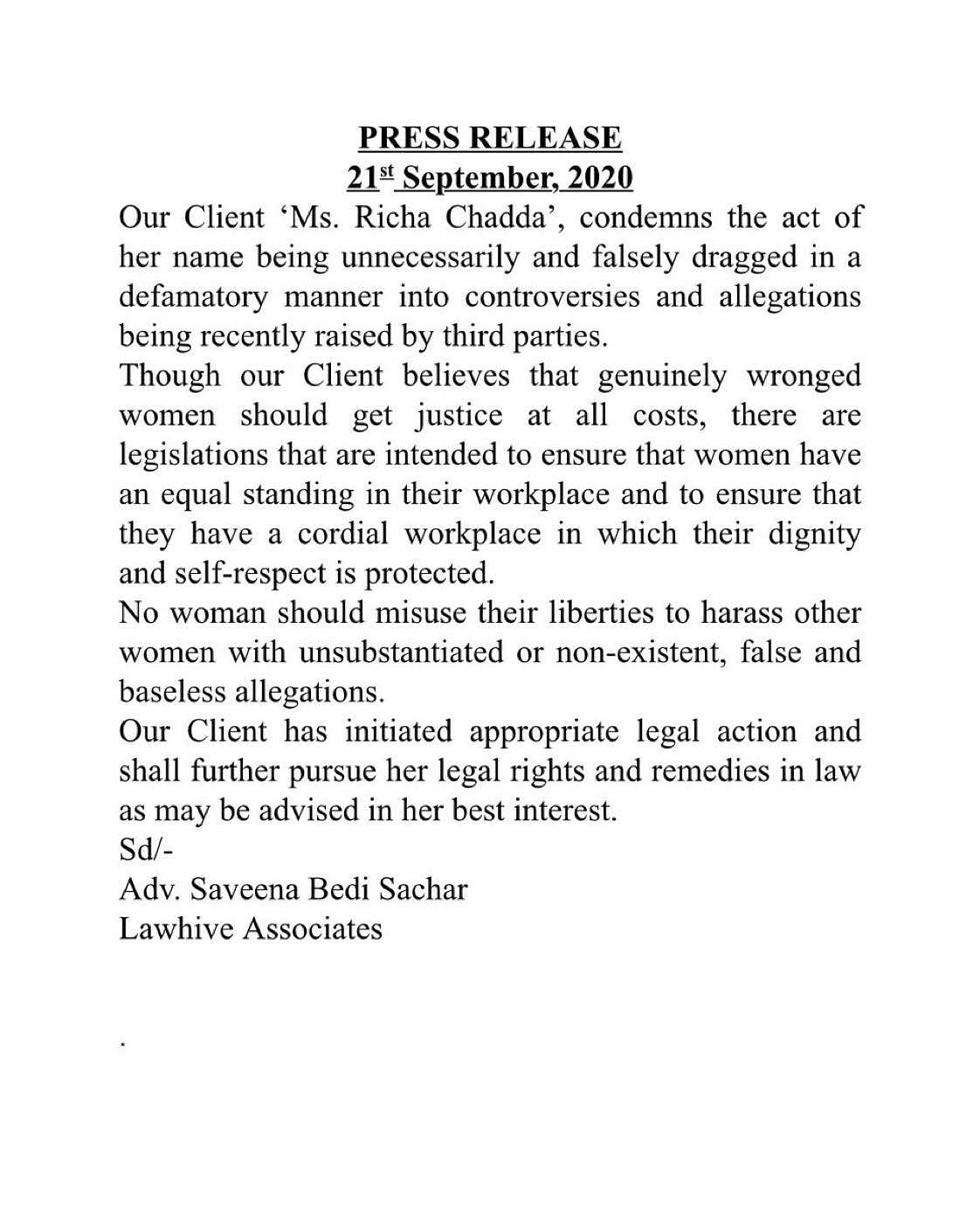 Earlier, Anurag had denied the allegations as ‘baseless’ in a statement from his lawyer Priyanka Khimani. Several of his friends and colleagues, including ex-wife Kalki Koechlin, have expressed their support for the director on Twitter.