Recently, reports were rife that the makers of Vijay's next, Master, had sold the direct OTT rights of their film to the market leader, Netflix, for a record amount.

Now, the makers have clarified through an official press release that they will be releasing the film only in theatres. "Though we have an offer from a reputed OTT service provider, we prefer the theatrical release, which is the need of the hour for the industry to survive the ongoing crisis. We also request the theatre owners to stand with us, and provide their support for reviving the film industry," the statement read. 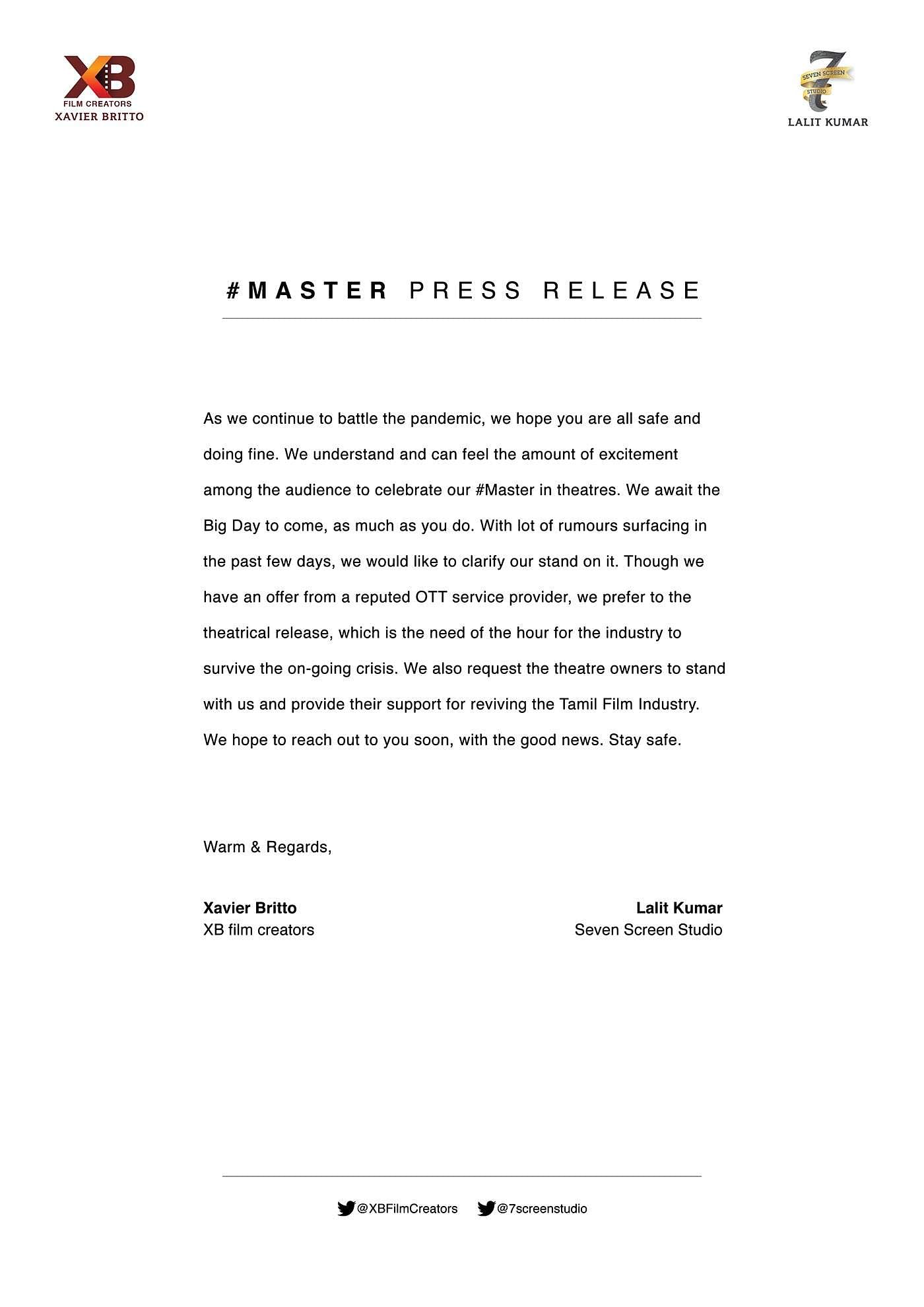 According to reports, the makers are planning to wait till Pongal 2021 to come to a decision. The next step will apparently be taken based on whether the government increases the occupancy level and the status of the overseas theatrical market.

Meanwhile, there are rumours that the digital rights have already been sold to Amazon Prime, but the deal is that the OTT platform has to stream the film only after the theatrical release.

Directed by Lokesh Kanagaraj, Master was initially meant to be released in April, but got postponed due to the pandemic outbreak. The film also stars Malavika Mohanan, Andrea Jeremiah, Shanthanu, Gauri Kishan, Alagam Perumal, Arjun Das, and Dheena.