Here are the highlights of Vijay's Master audio launch

Coronavirus pandemic has forced the makers of Master to settle down for a relatively modest audio launch for Vijay's Master. However, millions of Vijay fans caught up with the event which was streamed online and made it to the top trends of Twitter and other social media platforms.

Here are some of the highlights from the event: 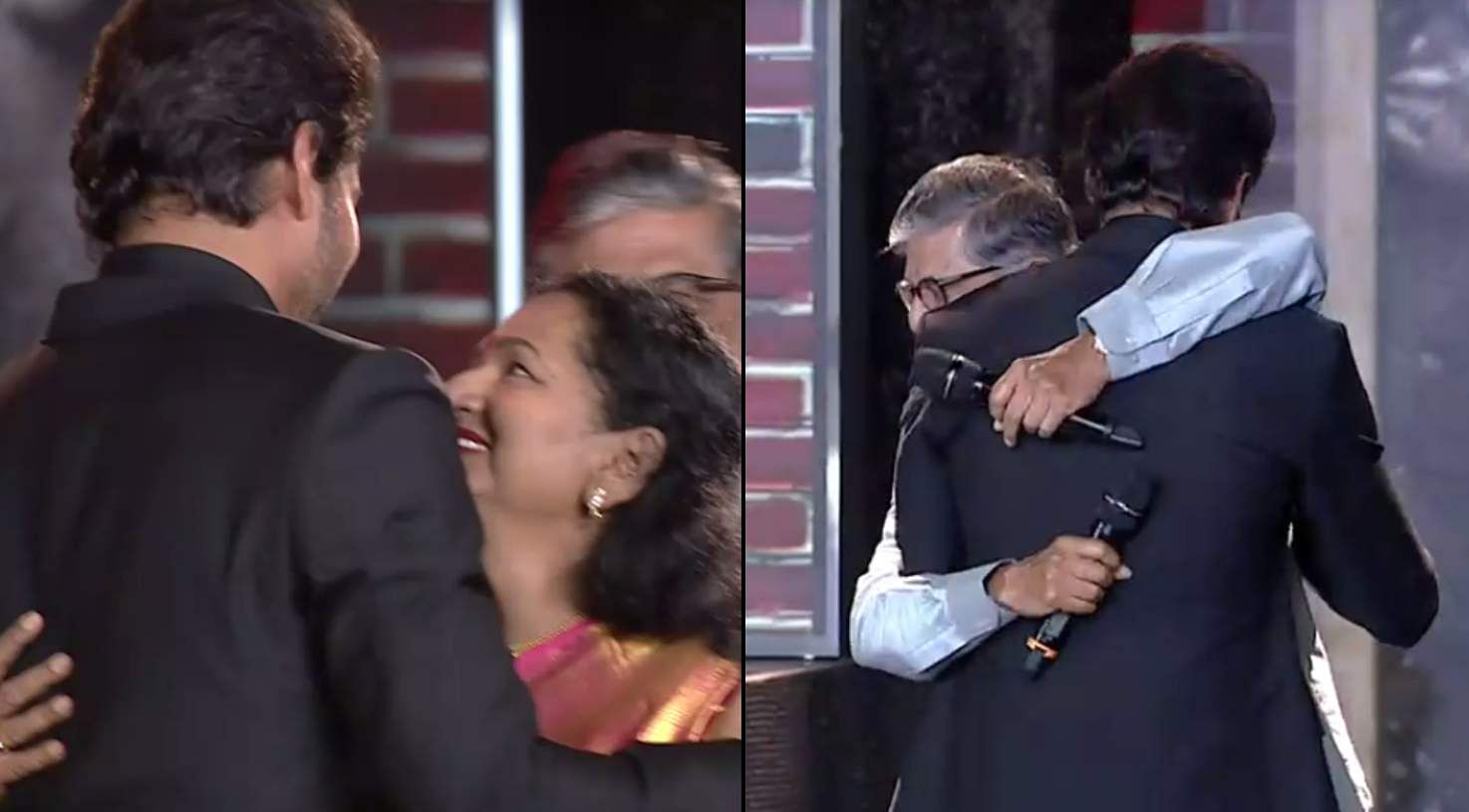 It was a sweet moment when Shobana said all she wanted was a hug from her son. It was moving. And when Thalapathy's dad spoke he said how he not only predicted 'Master' Vijay but also how he also predicted 'Naalaya Theerpu' for Vijay'.

Most of the leading cast and crew members of Master were given a chance to speak about the project. From Dheena to anchor-turned-actor Ramya, many heaped praise on Vijay. Dheena said, "I am not sure if I'll get a bigger stage than this... I have to thank Lokesh anna for bringing me to this level." 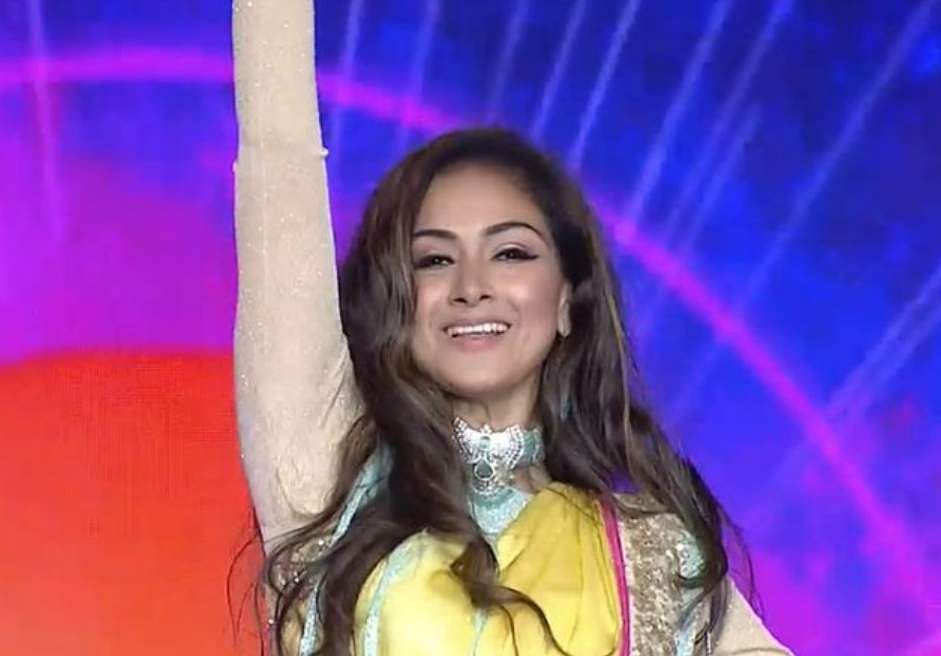 It was a surprise when Simran showed up on screen to dance to hits of Vijay, and she said, "Vijay was, without a doubt, my best onscreen pair. Good luck for #Master and team" 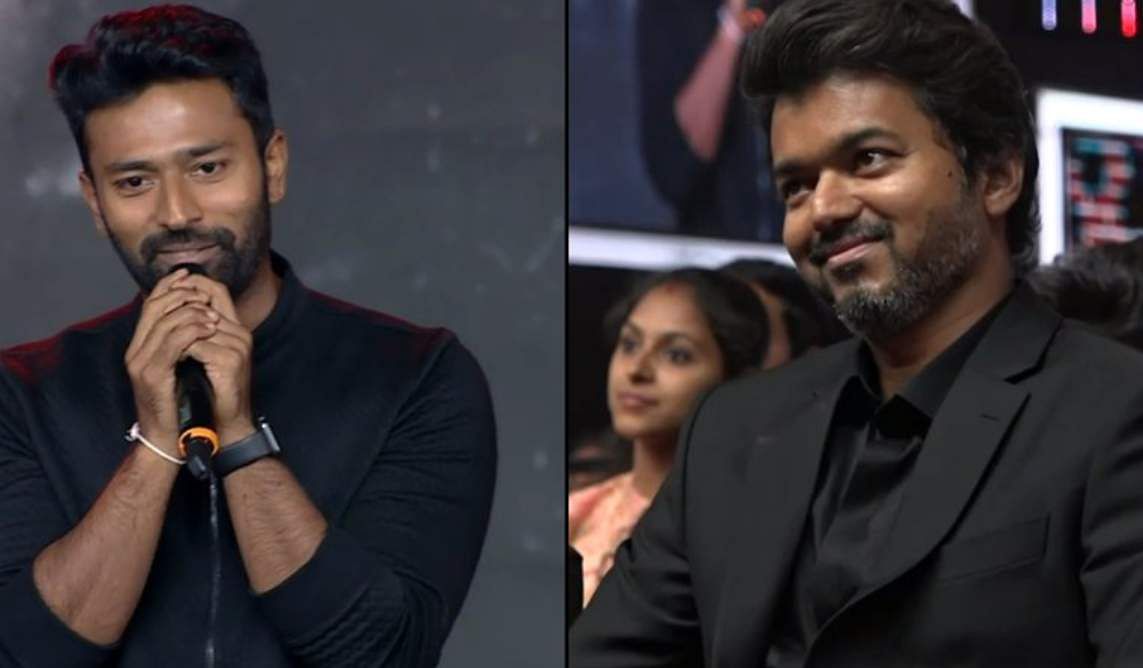 Shanthnu is a self-proclaimed Vijay fan and has gone out of his way to defend his hero at times. Talking about sharing screen with his idol, he said, "I became his fan after Ghilli. I noted minute things about him... But when he blessed me with his presence during my wedding and handed me the thali... Thalapathy Vijay became family."

Arivu sets the stage on fire:

Rap singer Arivu, who shot to fame with Kalla Mouni and Sanda Seivom, performed his number Vaathi Raid on stage. 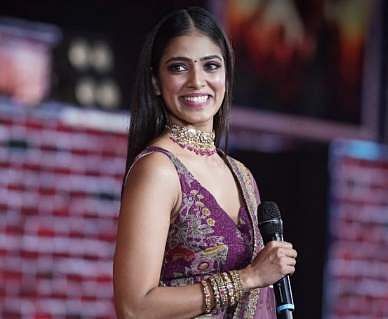 The heroine of Master took the stage to speak in Tamil. "Vijay is the humblest co-star I've worked with. It never felt like I was working with one of India's biggest stars," she said. The actress looked gorgeous and Vijay noted, "She is very pretty and if she learns Tamil she will become a leading actress here."

Vizha Nayagan Anirudh Ravichander:
Anirudh Ravichander has teamed up with Vijay for the second time after Kaththi and he hopes, "I am glad to have got this opportunity now... with Master. I hope he likes the BGM as much as he liked the songs."

He added, "I have seen parts of Master and I hope it brings a lot of goodwill to Shanthnu, actor Mahendran, and other members of the cast and crew I have composed for Master as a proper fan." 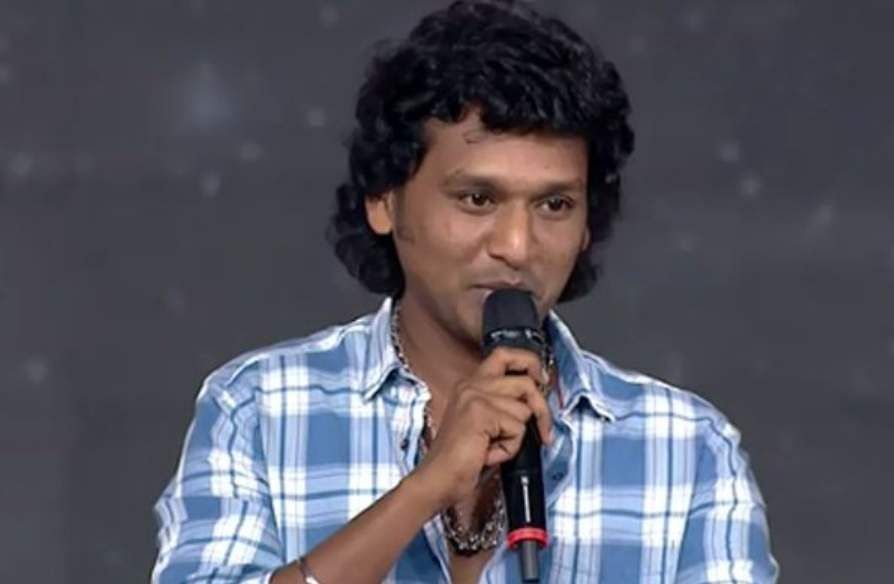 Lokesh Kanagaraj says the grandeur is new to him: "Master is my third film and my first audio launch. Thanks Thalapathy Vijay na for such a big opportunity Thanks Vijay Sethupathi na for accepting this film without even listening to the entire script." He later felicitated all his assistant director on stage - a rare scene in Kollywood. 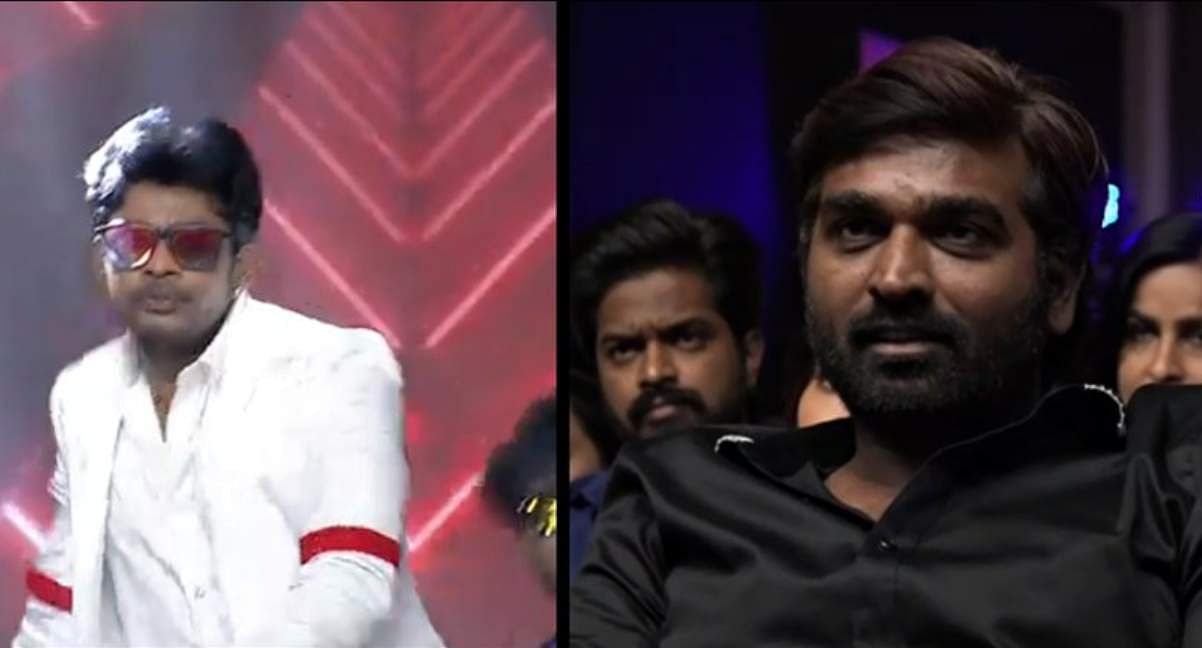 Things got better when Sandy danced to Vijay Sethupathi's version of Kutty Story. It was a brilliant tribute to Makkal Selvan, who took it all with a pleasant smile. 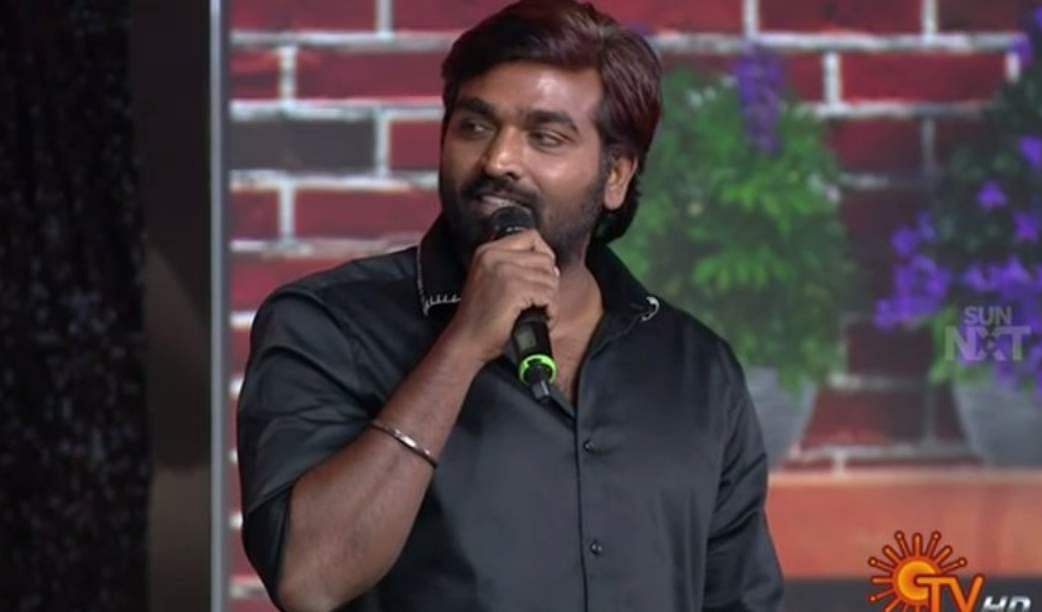 One cannot hate Vijay Sethupathi, not at least when he says things like, "Aambala vekkappatta paaka avlo azhaga irukkum," "There is one more Virus — Fighting in the name of God. God will take care of themselves, don't believe humans who say they are "saving Gods." His entire scene was more heart-warming than a South Korean rom-com.

The actor said, "I am the hero in the film. I am the villain to Vijay sir, and he is the villain to me. This double hero subject, not a hero-villain story." 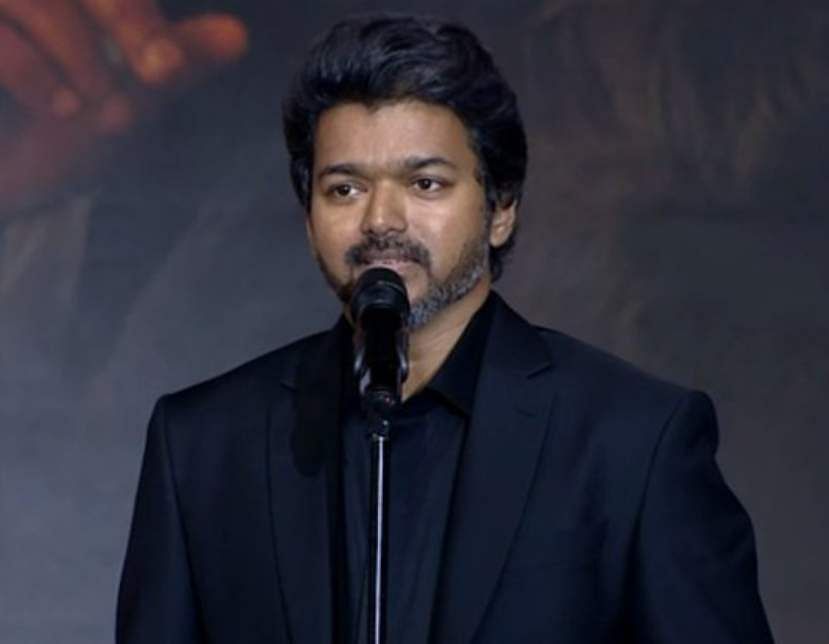 Vijay didn't start his speech right away rather he kicked it off with his effortless moves. It makes one wonder what would have been the reaction of the crowd if the event had happened with all his fans in attendance.

And then came his speech with the start, "En nenjil kudi irukum." He are some of the key things he said, during his speech:

Perhaps the biggest thing to happen to have happened in the entire event is when Vijay said this: "Nanbar Ajith madhuri polaamnu coat pottutu vandhurukaen"

"Lokesh wouldn't have scene paper in his hands. No one would have it either. First-u rendu moonu naal mana ulachaluku ullaanaen. I was wondering how I am going to spend 3-4 months with him." 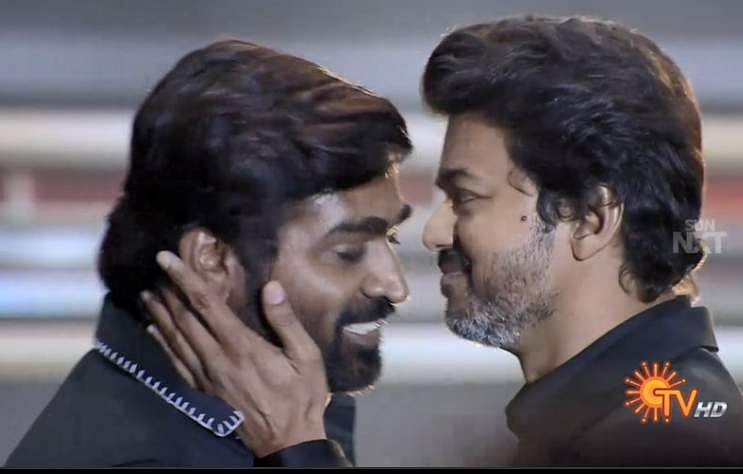 The picture of Vijay Sethupathi kissing Vijay on the sets of Master went viral, and now, Thalapthy returned the kiss. This is indeed the sweetest and most important moment of two influential men in Tamil Nadu normalizing kiss.