Ajith Kumar officially clarifies that he will not join social media

In an official notice, Ajith's lawyers stated that legal action will be initiated against the person who forged his signature in a fake letter claiming the actor would return to social media

The legal team of actor Ajith Kumar has issued a notice clarifying that a letter being circulated online, with the actor's signature, claiming he would return to social media was fake. The notice denied all such rumors and reiterated the actor's stand that he will not join social media or support fan pages and groups on such platforms.

The notice further stated that legal action will be initiated against the person who forged his signature and circulated the fake letter. 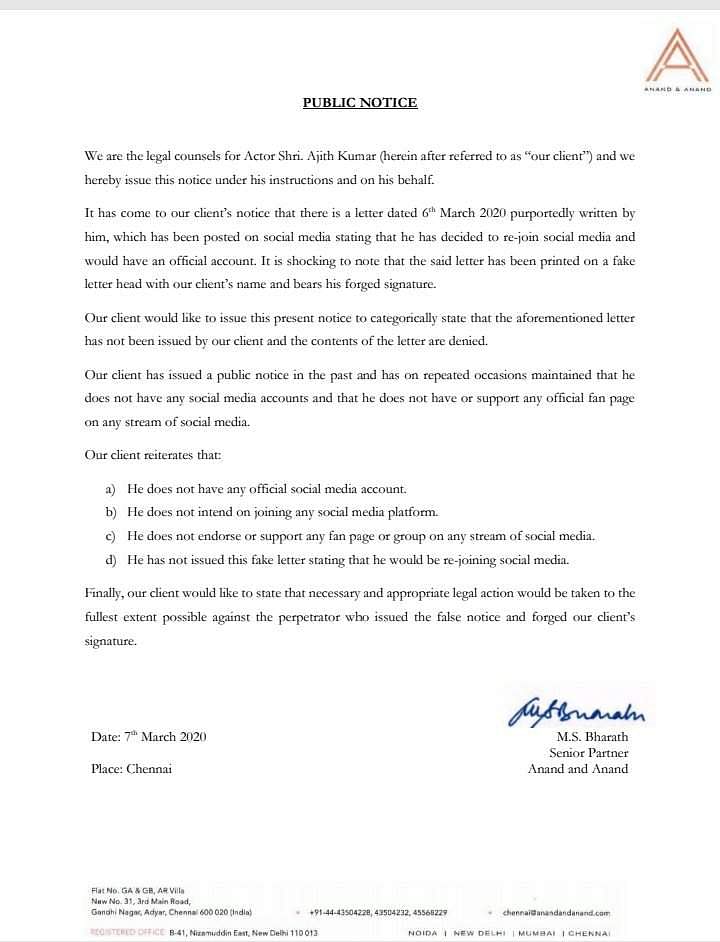 Ajith is one of the few Tamil actors who does not have a social media account. He is currently working on his 60th film, Valimai, directed by H Vinoth.