The senior director now plans to capture the life and times of the Carnatic singer, cultural activist, and courtesan on to the silver screen

Theatre and film director, and National award-winner TS Nagabharana is getting ready to bring to life the story of Indian Carnatic singer, cultural activist, and courtesan, Bengaluru Nagarathnamma. Having already directed a play on the legendary artist, Nagabharana is currently working on the script of the film that has been titled Vidya Sundari, Bengaluru Nagarathnamma.

"I first read about Bengaluru Nagarathnamma in 2009 through the book The Devadas and the Saint written by V Sriram in 2007. Six years ago, I started working on that subject. Having read about her life, I found it fantastic material to make as a film. But, I didn't have a producer, and to convince a producer for such a project is hard. So I decided to start with a play, which was staged last year. The play has become very popular, and in a year, we have staged it about 10 times. The play impressed a few friends, who were keen that I direct a film on Bangalore Nagarathnamma. This lead me to start the project," says the director. 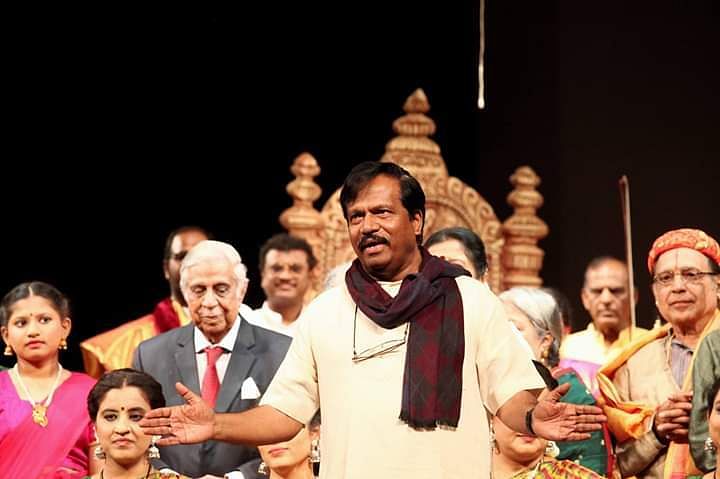 Nagabharana plans to make Bengaluru Nagarathnamma in Kannada and plans to release it in Telugu and Tamil as well. "This film will be brought out in three languages," says the director, who is now on the 13th version of the script, and is in the process of fine-tuning it.

"Bengaluru Nagarathnamma, born in 1878 in Nanjangud, died in 1952 in Thiruyaar. In her lifetime, she conquered Carnatic music in Karnataka, Andhra Pradesh, and Tamil Nadu. I read that she was among the first woman to pay income tax to Madras Residency at that time. She was one of the best harikatha pioneers in South India. My subject will highlight her works and her achievements," says Nagabharana, who is contemplating whether to do it as a two-part series. Nagabharana says the casting will be done much later. "For me, the subject is my hero and I don't prefer to make a hero-oriented subject. I had the script of Akasmika for 15 years before I directed it for Dr Rajkumar. I wait for the perfect actor to suit the character," says Nagabharana, who, after completing the script, wants to concentrate on the music for the film.

"I am yet to come across a music director who can contribute to this subject. L Vaidyanathan would have been the best choice; I miss him. I have a few options in my mind. I will finalise a music director who can commit to the project. I might start the casting process by the end of December and Vidya Sundari, Bengaluru Nagarathnamma will go on floors in 2021," says Nagabharana.

Meanwhile, the play can be watched online on June 7, 7.30 pm on the Benaka Theatre Group's webpage.