Title look, glimpse into making of Dhanush-Mari Selvaraj's Karnan to be released on July 28

To mark Dhanush's 36th birthday, which falls on July 28, updates from the actor's upcoming films are being planned. Earlier, it was reported that Rakita Rakita Rakita, the first single from Jagame Thandhiram, Dhanush's film with Karthik Subburaj will be out on Tuesday. Now, it has been revealed that the title look and a teaser of a making video of Karnan, his first collaboration with Pariyerum Perumal director Mari Selvaraj, will also be released on the actor's birthday.

While Theni Easwar is in charge of Karnan's cinematography, the film's music is by Santhosh Narayanan.

Karnan is bankrolled by Kalaipuli S Thanu under his V Creations banner. 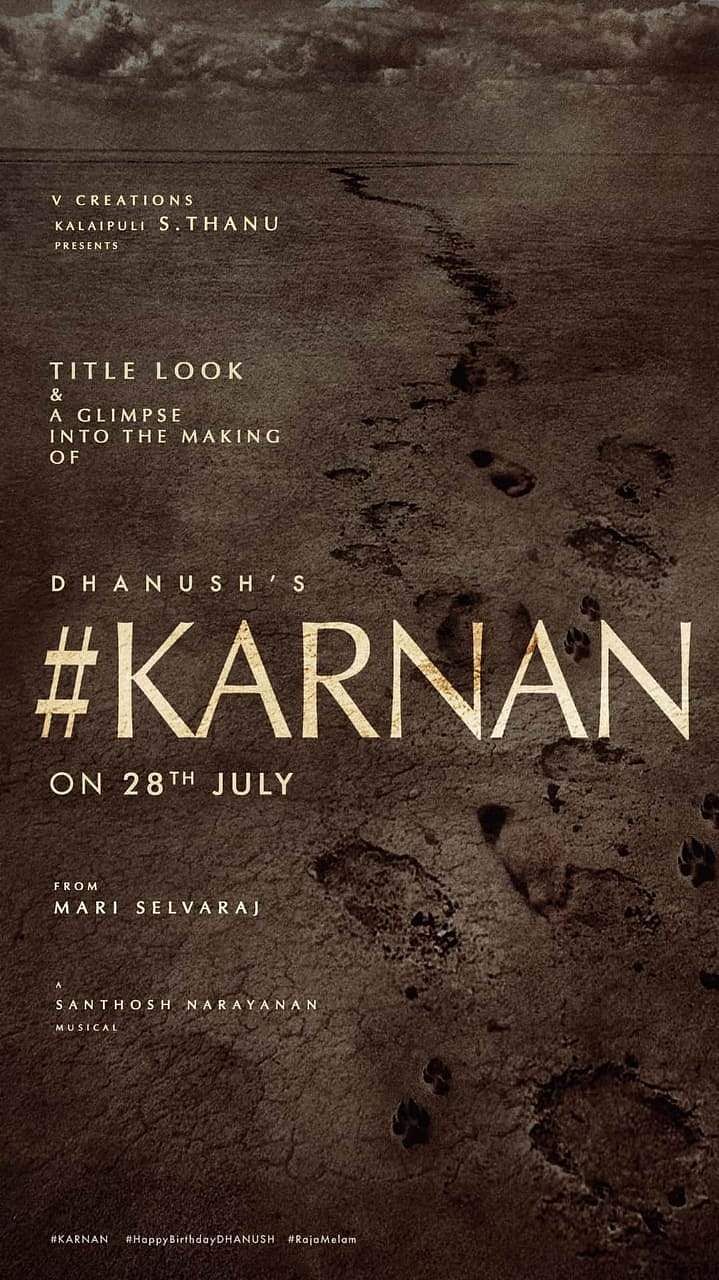 Last seen in Pattas, Dhanush also has Karthick Narein’s D43, Anand L Rai’s Atrangi Re, and a film with Ratsasan director Ram Kumar in the pipeline.