The first look poster and title of Prabhas's upcoming film, Prabhas 20, has been released. The romantic entertainer, which is set against the backdrop of 70s Europe, has been titled Radhe Shyam.

The first look poster shows Prabhas and the film's female lead, Pooja Hegde, in a romantic pose with the ancient city of Rome in the backdrop. 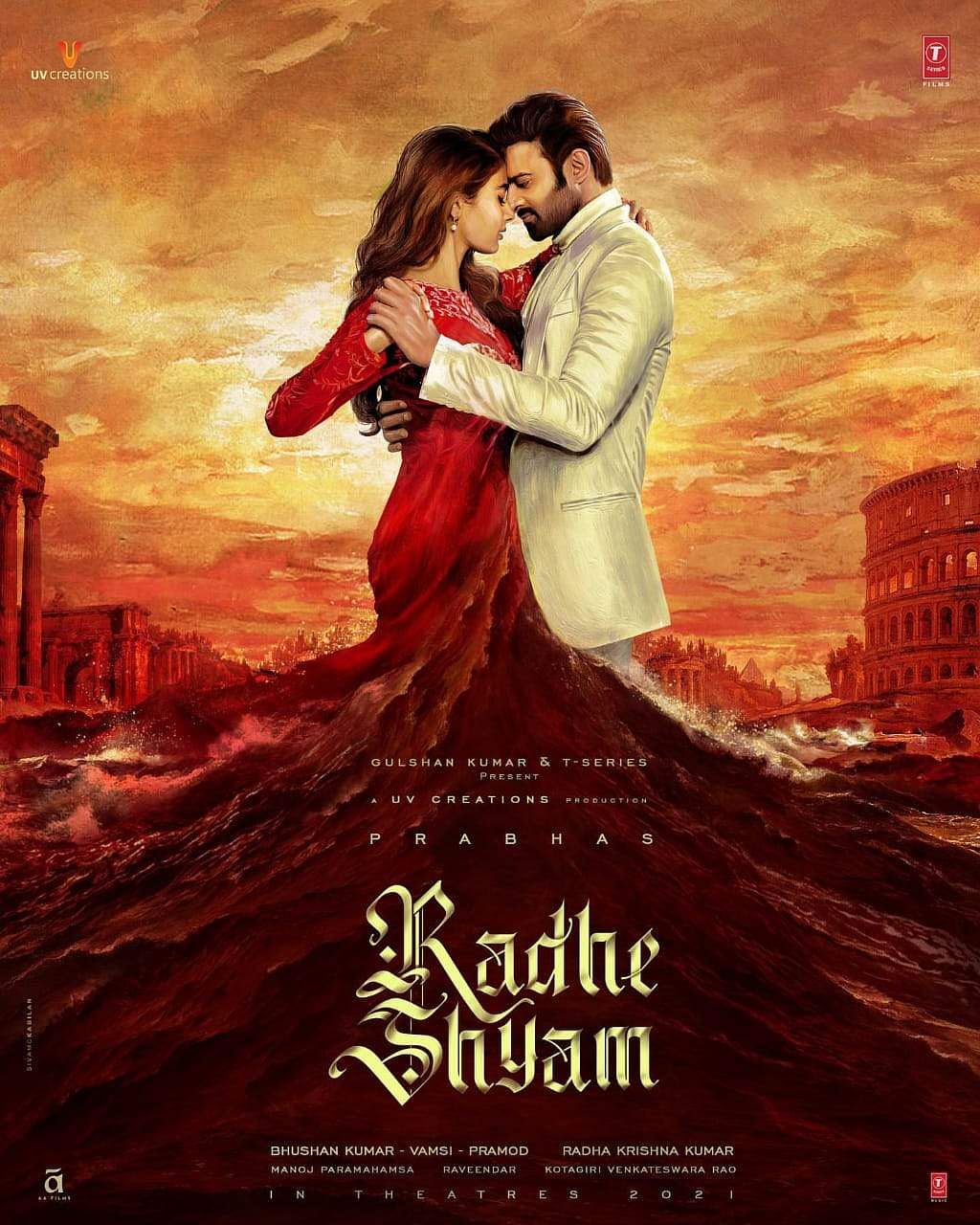 Recently, the Georgia schedule of Radhe Shyam was called off owing to the Covid-19 pandemic outbreak in Europe and the team is waiting for the situation to return to normalcy, to resume the proceedings.

While Manoj Paramahamsa will be handling the camera, Kamalkannan will be supervising the VFX team. The music director of the film is yet to be finalised.

Radhe Shyam is slated for release in Telugu, Tamil, Hindi, and Malayalam next summer.