The film, directed by Sanjay Leela Bhansali, is a biopic of Gangubai, a brothel owner and matriarch who ruled the Mumbai underworld in the ‘60s.

Alia Bhatt transforms into Mumbai’s ‘Mafia Queen’ in the first-look posters of Gangubai Kathaiwadi. The film, directed by Sanjay Leela Bhansali, is a biopic of Gangubai, a brothel owner and matriarch in the 60s.

In the first poster, we see Alia fixing an icy stare in monochrome. She’s wearing a red bindi and necklace, and looks fierce as the titular madam of Kamathipura, Mumbai’s famed red light district and migrant colony. 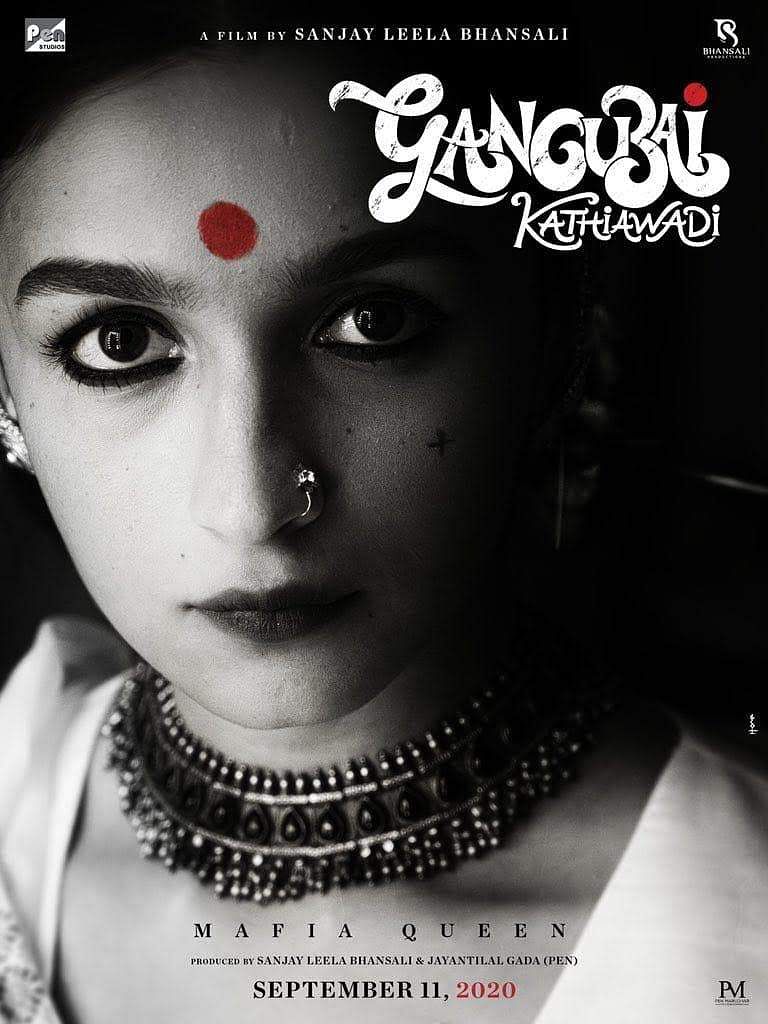 In the other reveal, we see a younger version of the character, ordinarily dressed and sporting braided ponytails. She’s resting her arm on an end table, on which lies a small gun. This queen does not play.

Gangubai Kathiawadi is inspired by one of the chapters in Hussain Zaidi’s book, Mafia Queens of Mumbai. The film is scheduled for release on September 11.

Alia Bhatt was last seen Zoya Akhtar’s Gully Boy. Besides Gangubai Kathiawadi, she will be starring in Sadak 2 and Brahmastra. She is also a part of SS Rajamouli’s period actioner, RRR.