The censor certificate of Darbar has gone viral on social media

Darbar has cleared the censor board with a UA certification, and a picture of the certificate has gone viral on social media. The censor certificate also reveals the runtime of the film: 159.28  minutes (2.6 hours approximately).

Directed by AR Murugadoos, Darbar is set for release on January 9. Rajinikanth is playing the role of a police officer after decades in the upcoming film, which is set in Mumbai. 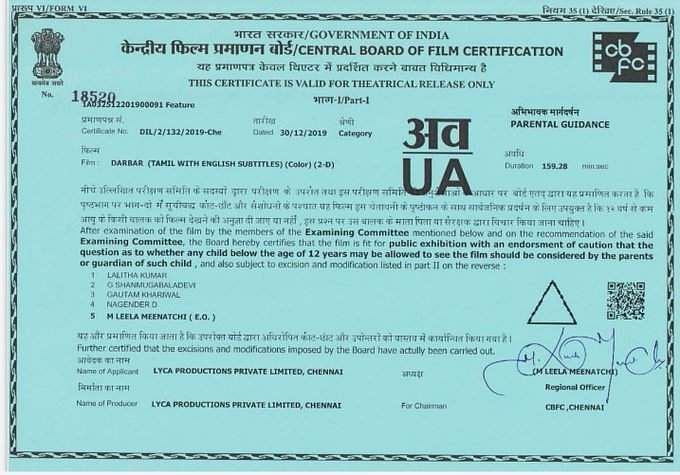 Other than Rajinikanth, the film also has Nayanthara, Nivetha Thomas, Yogi Babu, Suniel Shetty, and Prateik Babbar. Anirudh Ravichander has teamed up with the Superstar for the second time after Petta.