The first official still from Suresh Gopi’s upcoming Kaaval has been released online and went viral within moments.

The still, which shows his character subduing a police officer with his knee, kicked off some amusing discussions on social media after some assumed the makers were trying to copy Lucifer. 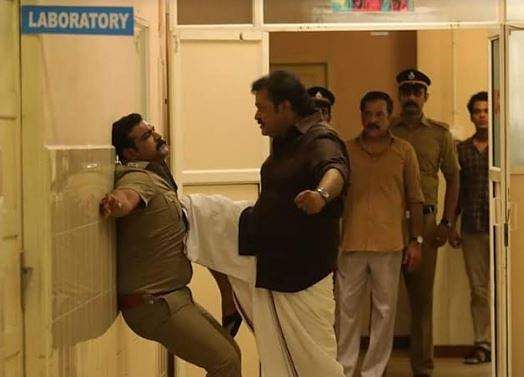 However, the truth is that the makers were paying homage to a scene from another Suresh Gopi film, Randaam Bhaavam (2001), just as how Prithviraj recreated an iconic scene from Mohanlal’s Olympian Anthony Adam in Lucifer.

Filming of Kaaval is currently progressing. Directed by Kasaba-fame Nithin Renji Panicker, the film also stars Renji Panicker in a pivotal role. The latter takes on a role that was initially supposed to be played by Lal.