The first look posters of Ashok Selvan-Ritika Singh-starrer, Oh My Kadavule, have been released on social media today. The first of three posters features a black-eyed Ashok, looking dapper in a black suit, and Ritika in a white wedding gown, bonding over a glass of tea. 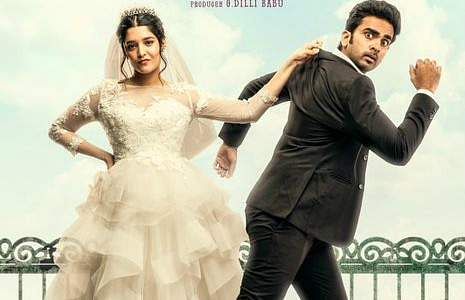 Be it Ritika grabbing a wailing Ashok in a leg lock or holding on to a running Ashok by his collar, the posters indicate Oh My Kadavule will be a fun-filled romcom based on a battle of the sexes and the consequences of friends getting married.

Directed by debutant Ashwath Marimuthu, and produced by Axess Film Factory, Oh My Kadavule, also starring Vani Bhojan, is in the final stages of shooting.

The film's music is by Leon James, and it is shot by Vidhu Ayyanna.