Netflix pushes the envelope in India

Netflix has achieved admirable success in most of the world, but India is one key market where the streaming platform struggles to match its global strength.

A host of issues, including high-priced subscription plans and a rather poor selection of non-English content, are among the main reasons that analysts say are causing the platform to seriously trail behind the competition.

Nevertheless, the company is set on fighting for a strong position on India’s streaming-services market and is proactively looking for solutions to its woes.

Netflix is testing several different pricing options in yet another bid to claim a larger market share in India.

In March the company released the option to sign up for a mobile-only plan for Rs 250/month to select customers.

Shortly after, the streaming service also began test-releasing a weekly subscription plan, ranging from Rs 125-Rs 200, again only to some users.

"We will be testing different options in select countries where members can watch Netflix on their mobile device for a lower price and subscribe in shorter increments of time. Not everyone will see these options, and we may never roll out these specific plans beyond the tests," said a Netflix spokesperson.

The move is part of a broader commitment to the Asian market, after Netflix announced last year it will be releasing 17 productions in Japan, South Korea, Taiwan, and Thailand.

Ted Sarandos, Chief Content Officer, said the company "[sees] the investment in local language content in India payback in the form of excitement and member growth and hours growth that's encouraging us to keep going."

As new powerful players enter the streaming field, Netflix is trying to stay on top with original content.

Srishti Behl Arya, Netflix Director of International Originals, India, said in a press release: "We want to be a home for India’s finest filmmakers where their stories travel to more people than ever before.”

This is not the first time that Netflix has pushed to be in the center of India's cinema industry. 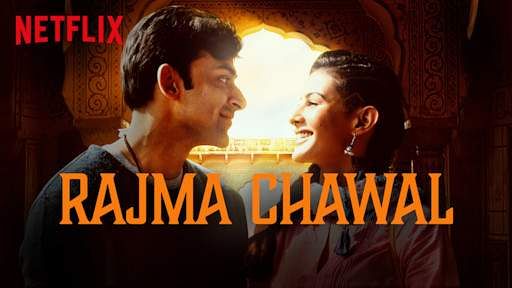 At the end of last year, the platform was the one to premier famed director Leena Yadav's latest work, Rajma Chawal. It’s a tale of a father-son relationship gone sour after the two relocate away from home and start building a new life, but not without hurdles.

Yadav's second work, Teen Patti (which is also on Netflix) follows a math professor, whose professional curiosity brings him to the world of underground poker.

It's a tale of greed and the dangers of street gambling which, unlike licensed land and web-based live casino pages, run under no oversight.

Last year Netflix’s CEO Reed Hastings said the plan for the company is that the next 100 million subscribers come from India, underlining the importance of the country to the streaming platform’s expansion plans.

However, since Netflix landed on the Indian market in 2016 it has only attracted under 2 million users according to estimates by Counterpoint Research.

While the platform is enjoying worldwide success, despite a slower growth at home in the US, it has been struggling to appeal to India’s numerous internet users.

Netflix not only didn't raise prices in India, as it did for the rest of the world recently, but it is also working on offering a cheaper service.

However, the platform still faces stiff competition in the face of Disney-owned Hotstar and Amazon Prime, both of which are considerably cheaper even with Netflix’s in-test price cuts.