The film, which was launched today, is directed by Anbu, who was initially supposed to make a film with the same title, starring Vikram Prabhu

Sibiraj, who was last seen in the 2017 film, Sathya, is all set to play a small-town cop in an upcoming action-drama, titled Walter. Directed by Anbu, the film, which was launched today, is scheduled to go on floors next week. It is notable that Sibiraj's father Sathyaraj starred in the 1993 blockbuster, Walter Vetrivel, as a police officer.

Interestingly, director Anbu was supposed to make a film titled Walter, starring Vikram Prabhu, Arjun and Bollywood actor Jackie Shroff, with producer Singaravelan for his banner Madukkur Movie Makers. The announcement for that project was made in September last year.

Addressing the confusion, director Anbu says that the film which was previously announced with Vikram Prabhu, never went on floors as planned because of the producer's lethargy. "We were supposed to start shooting that film in October last year, but the shoot kept getting postponed. I then came out of that banner, and narrated the script to producer Prabhu Thilak, who immediately okayed it, and made sure that the film went on floors immediately. I am thankful to him," he says.

Producer Singaravelan, meanwhile, has released a statement saying that the rights for the title still remains with him, and he won't hesitate to initiate legal proceedings if Anbu goes ahead with that name for producer Prabhu Thilak's project. Responding to this, Anbu says, "The rights for the Walter title was originally with my brother's company. I gave it to Singaravelan sir under the impression that my film will get made. Now that I have walked out of that production, it's up to the two producers to sort this out amicably," he says.

Anbu adds that Walter will be an honest drama, set in Kumbakonam, about a small-town cop who gets to investigate a crime. "Samuthirakani anna has agreed to play a pivotal role in the film. We have also signed up Shirin Kanchwala of Nenjamundu Neramaiyundu Odu Raja as the female lead, and are in talks with a popular director for the villain role. This time, I am hopeful that the film will get a release within this year," he says.

Sibi, meanwhile, has Ranga and Maayon in the pipeline. 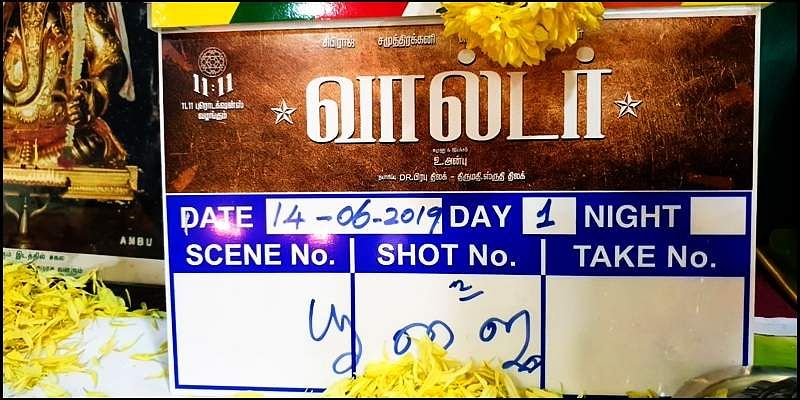