Twitter was in splits a couple of days back as users woke up on Thursday to find the hashtag #PrayforNesamani trending in India and worldwide. Who is Nesamani, the uninitiated wondered. Articles identifying Nesamani as the the name of a character played by the enduring comedian, Vadivelu, flooded the internet. Vadivelu, incidentally, plays a contractor called Nesamani, who finds it really hard to get work out of his assistants, in the 2001 film, Friends, starring Vijay, Suriya and Ramesh Kanna. At one of the painting asssignments, one of his aides drops a hammer on him from above, leading to his loss of consciousness.

The whole activism charade, which began as a cheeky reference to the comedy track in the film, soon turned into a new-age tribute to the talented comedian, that Vadivelu is. The particular Nesamani comedy episode on YouTube hit more than 5 million views in two days. Vadivelu, humbled by the response, attributed the fame to God's blessings.

While the trend also saw people change their user names on Twitter by adding the prefix contractor to their names, now in an interesting development,"Contractor Nesamani" has been registered as a film's title with the Tamil Film Producers Council. While there are no details on the producer who had registered the title,  or his plans, it sure seems to be a smart move. 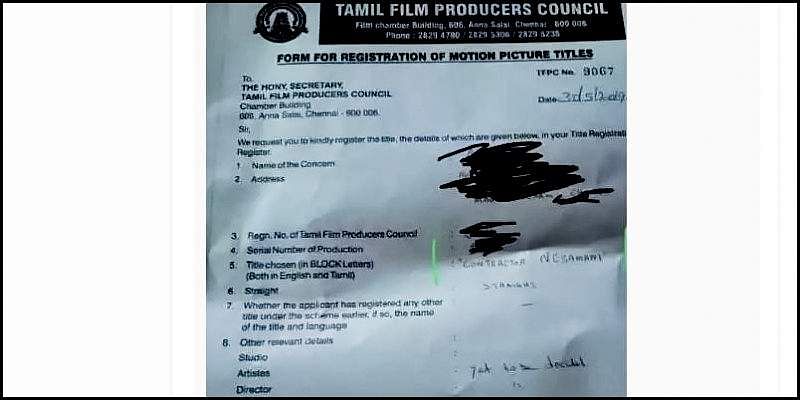