Keerthy Suresh, who was last seen in Vijay's Sarkar in Tamil, is all set to start shooting for her Bollywood debut film, a sports drama to be helmed by Badhaai Ho director Amit Sharma and co-starring Ajay Devgn. The actor has apparently taken great efforts to shed some kilos to look the part in the film. Keerthy is seen in her new fit avatar in a picture, she recently posted on her Instagram handle. 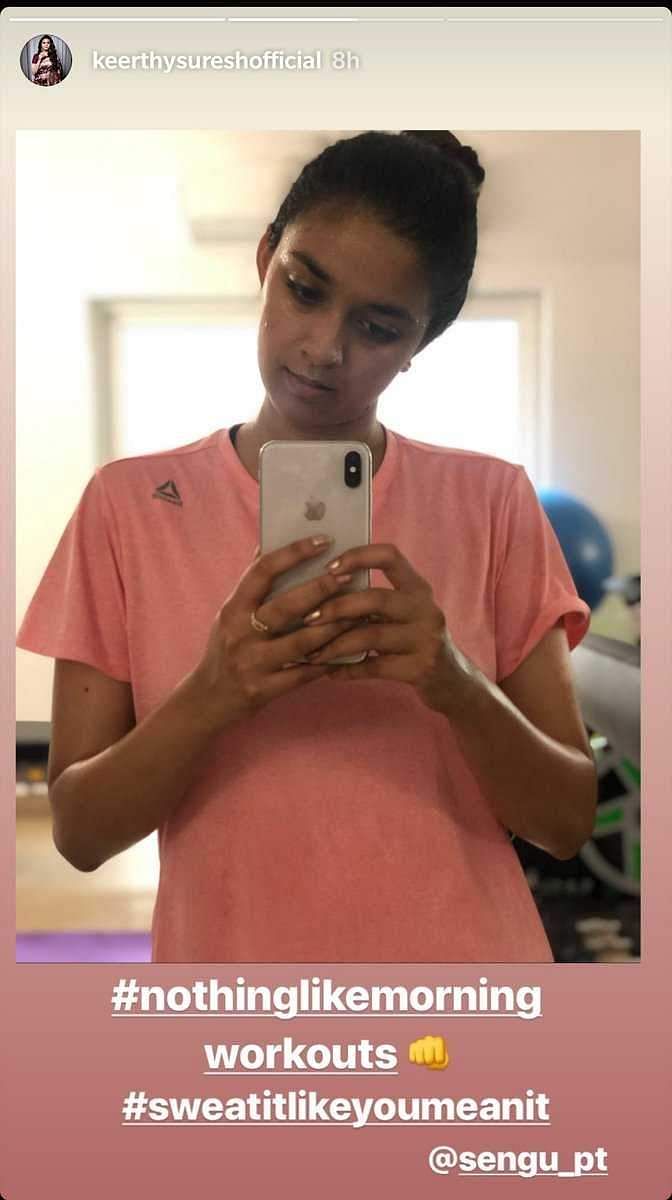 Keerthy is currently shooting for her two female-centric Telugu films directed by debutant Narendranath and Nagesh Kukunoor of Hyderabad Blues fame. The latter project, a multilingual, is said to be a sports-based romantic drama. In addition, she will also be seen in brief roles in Nagarjuna-starrer Manmadhudu 2, and Priyadharshan-Mohanlal’s Marakkar: Arabikadalinte Simham.