The makers of Dhaakad have released a new poster featuring Kangana Ranaut in an action avatar, with two guns in her hands, while the background is engulfed in flames

Kangana Ranaut's upcoming movie, Judgementall Hai Kya, has been in the news for a while now. First, it courted controversy for its title Mental Hai Kya and later for the positive reviews that the trailer received. Now, there is another poster from Kangana's new repertoire that has the internet talking.

The makers of Dhaakad have released a new poster featuring Kangana Ranaut in an action avatar, with two guns in her hands, while the background is engulfed in flames.

Dhaakad is set to be a one-of-a-kind female-led action film. The project is helmed by Razneesh "Razy" Ghai and is jointly produced by Sohel Maklai Productions and Asylum Films and co-produced by Qyuki Digital Media.

"After the success of Manikarnika: The Queen of Jhansi, it has been proven that audiences across the globe are loving larger than life films with a female hero. Dhaakad is not only a benchmark film for my career, but will be a turning point for Indian cinema as well," Kangana said in a statement.

"The film is mounted on a large scale, is one of a kind female-led action film, and is apt for a Diwali release. If it is received well, there will be no looking back for women in Indian cinema." 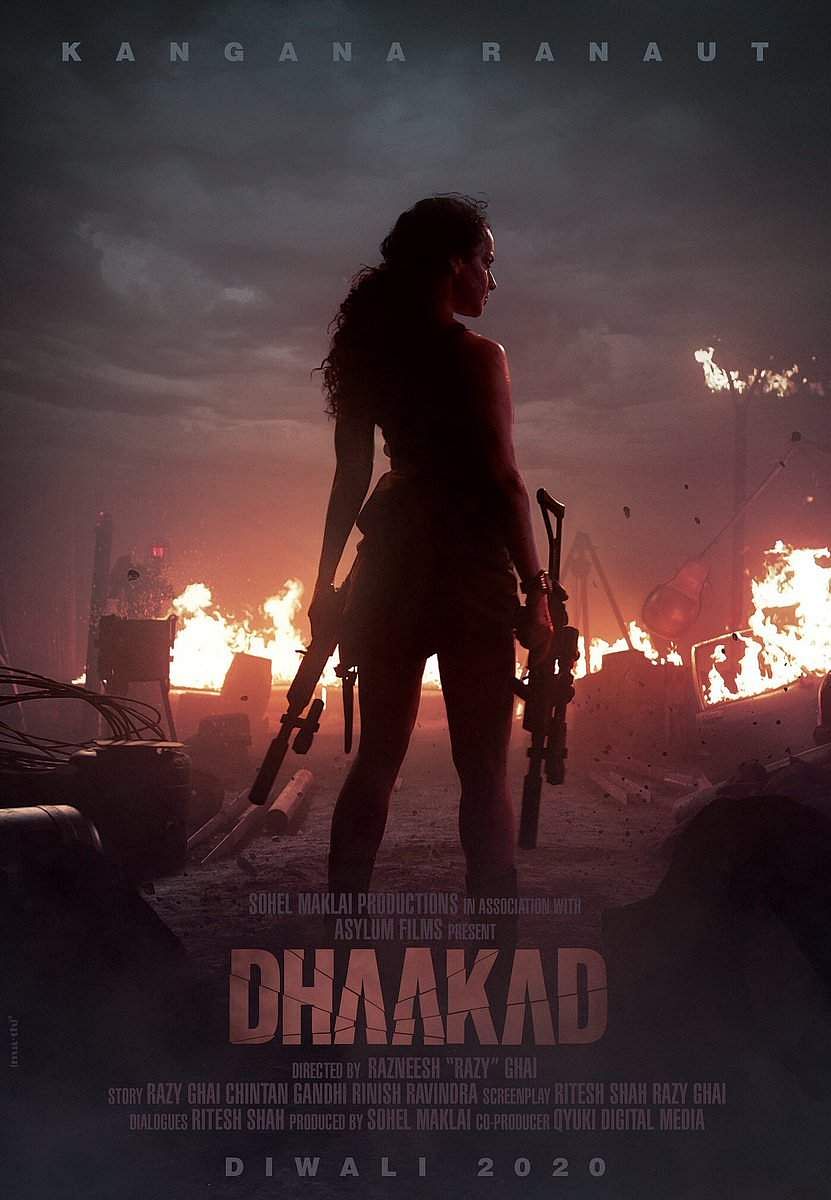 Speaking about the film and Kangana, Razy said: "Being an army kid myself, I've always wanted to start off with an action film. This is a great time for a film of this genre and I'm looking to push the boundaries on this project with my visual style. I respect Kangana as an actor and we're excited to make a memorable film."