Thackeray was my most challenging role: Nawazuddin Siddiqui

Nawazuddin Siddiqui, in a conversation with senior journalist Kaveree Bamzai, talks about his journey in Bollywood an 'outsider'

The last decade can be said to belong to Nawazuddin Siddiqui. The actor, who broke out with his performance as a police officer in Kahaani, and then conquered the heartland with Gangs of Wasseypur, has emerged as one of the finest performers in the country. Eight of his films have been screened at the Cannes Film Festival. In 2018, his debut Netflix series, Sacred Games, catapulted him to international stardom. Even during the lockdown, while stars are starved for releases, Nawaz has had them coming. Yet, none of this has been easy. In the latest edition of Time Pass, a series of webinars organized by The New Indian Express group, Nawaz sat down with senior journalist Kaveree Bamzai to discuss his 21-year-long journey.

“I’ve faced many disappointments in life,” Nawaz shared. “Rejections would hurt. Even more stressful was the question of survival. Thankfully, I had many friends who helped me get by. I would eat at one friend’s house and bathe at another’s. That’s how I managed.” One companion during this phase was actor-comedian Rajpal Yadav. “Rajpal had done movies like Jungle (2000) by then and was earning well. I remember he helped me a lot. He also introduced me to Anurag Kashyap.” 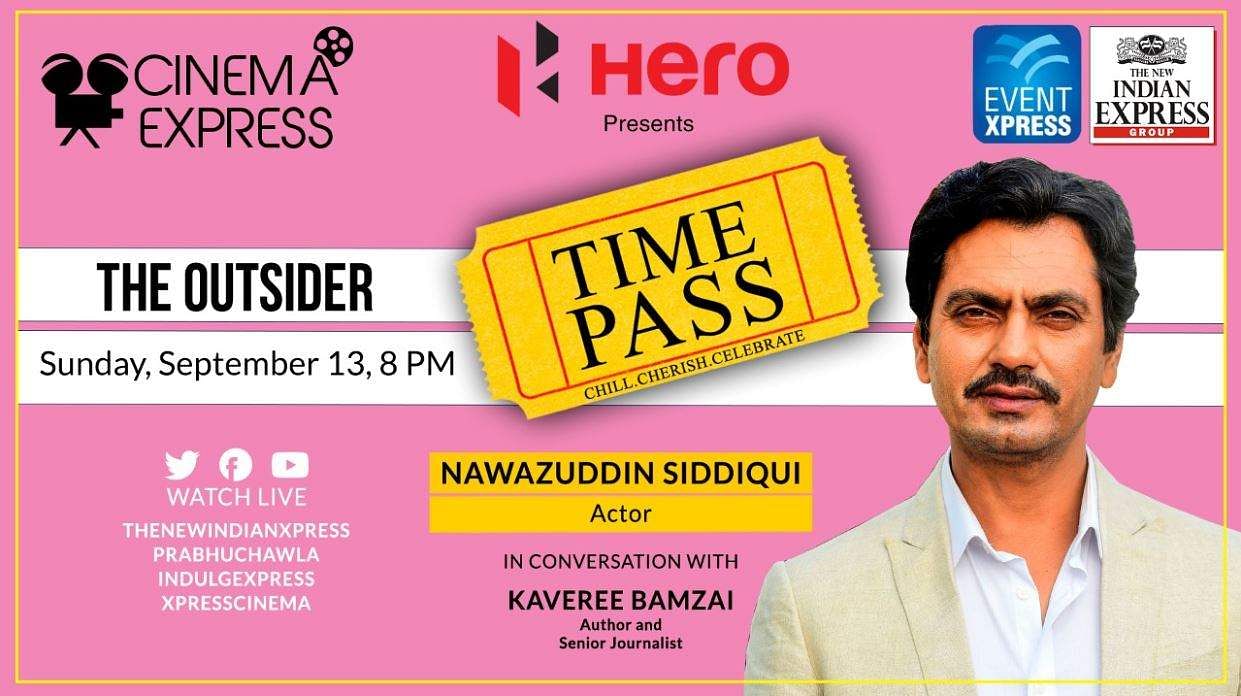 With his leading turns in Gangs of Wasseypur, Sacred Games and the recent Raat Akeli Hai, Nawaz has shattered the myth of ‘the chocolate boy’ hero. Raat Akeli Hai even has a scene that has him throwing away a fairness cream product. Nawaz feels the obsession over looks is a permanent folly in Bollywood. “In the 2000s, a lot of new directors emerged who began casting us in their films. However, the formulaic cinema in India hasn’t changed. It still needs a good-looking boy, a good-looking girl, five songs and a happy ending. The box-office performance of these movies is always high. Yes, good films do come but they hardly get watched in theatres.”

Besides Sacred Games, Nawaz has appeared in the global series McMafia, directed by James Watkins. He was also a part of Garth Davies’ Australian co-production Lion (2016). Speaking about his international career, Nawaz says, “Global projects have a different rhythm. There’s a lot more professionalism and discipline. They are also well prepared with the script.”

Nawaz names ‘Thackeray’ as his favourite role in recent years. “An actor always likes the role where he has to work the hardest. Thackeray, for me, was a huge challenge. I worked on his physicality, dialogue delivery, thought process…. While doing a biopic, you are always scared that you don’t mimic a personality. So, that was really difficult.” Released in 2019, the film was criticised for glorifying Bal Thackeray’s exclusionist politics. Nawaz, too, was slammed for playing a character at odds with his political identity. “For an artiste, it’s always important to do different kinds of roles,” Nawaz says. “That was also my search with Thackeray."

Commenting on the present situation in Bollywood, Nawaz says it’s unfair to assume that only insiders make it in the industry. “There are many outsiders who have established themselves. Sooner or later, work comes around. You need to have patience for it. You can’t come with a fixed target. Every person has to struggle a little in this profession.”