Enable Javscript for better performance
Govind Vasantha: I like to give music to emotions- Cinema express
ADVERTISEMENT

Govind Vasantha: Gautham Menon was clear about the role of music in Avarum Naanum Avalum Naanum

The climax situation would look like this, Govind Vasantha was briefed. A girl bids to end years-long self-imposed lockdown of her grandfather with a mellifluous and moving song by one who is very dear to both of them. The voice had to be "angelic" and Govind did not have to think much before deciding that it would be Bombay Jayashri's. Thus was born the Kanna Thoodhu Poda song in Avarum Naanum Avalum Naanum, Gautham Menon's segment in the Tamil anthology movie Putham Pudhu Kalai.

As the girl (Ritu Varma) curiously watches emotions playing out on the face of her grandfather (MS Bhaskar) through the song, it is we who feel the pang, with Jayashri's voice piercing our hearts.

Govind has been proved right. Not just the song, but Avarum Naanum Avalum Naanum's background score too has won rave reviews. 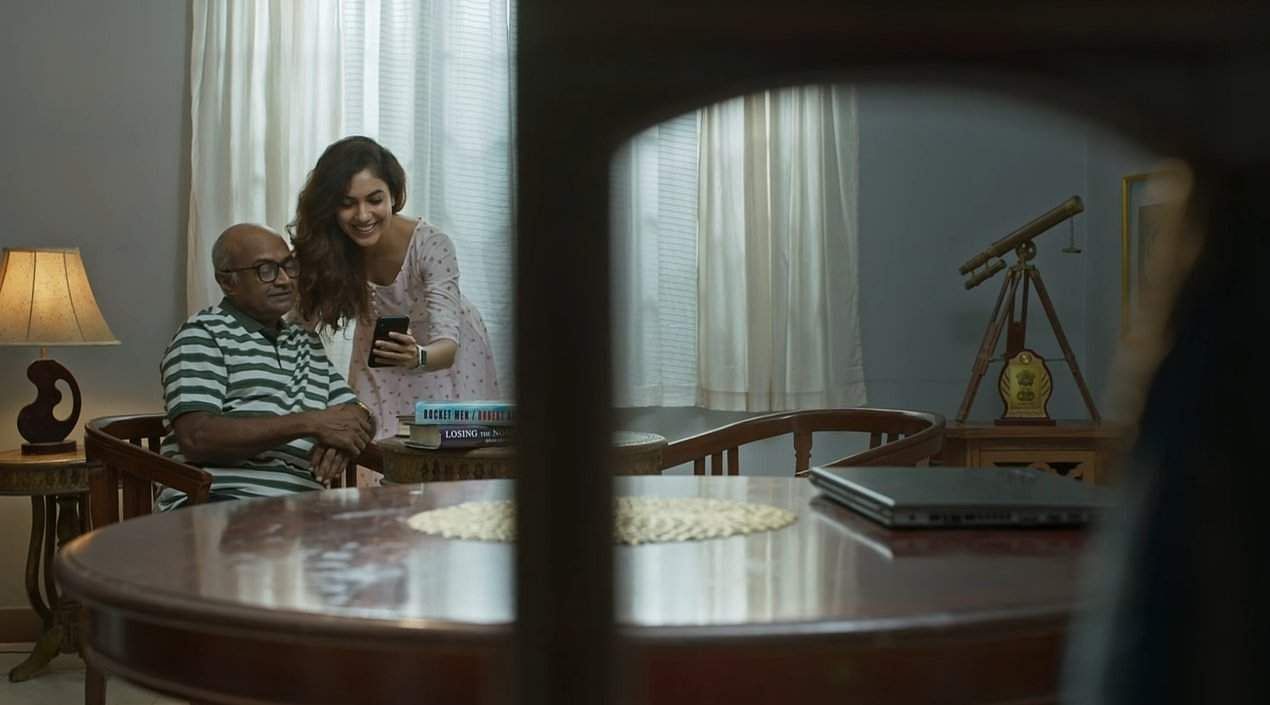 "The voice for the song had to be angelic and Jayashri was my choice. When I spoke to Gautham (whom Govind is yet to meet), I realised he too had her in mind," says the composer, who rose to fame with the Vijay Sethupathi-Trisha-starrer 96. Interestingly, Jayashri has sung some of her best songs in Gautham Menon's films, beginning with Vaseegara (Minnale) in 2001.

"I like to give music to emotions, I mean, intense emotions. I found the grandfather's loneliness and his reaction to hearing the female voice all interesting. When Avarum Naanum Avalum Naanum's writer Reshma Ghatala (through whom Gautham reached Govind) briefed me, I realised the importance of music in it. Even before the shoot, Gautham was clear about the role of music in the film, and where to use sustain and stay." Govind goes on to explain, "Since the story is about a Carnatic musician, I composed the song first and used the same raga (Madhuvanti) for the background score, with everything culminating with the song. If you have noticed, a female voice is introduced as a humming only when the grandfather mentions the character for the first time. Until then, only instruments are used. Gautham too agreed to the idea. Communication with him was fast and clear. There weren't many corrections and the work ended quickly."

AR Rahman, Mani Ratnam, and singer Srinivas were among those who called Govind to appreciate his work.

Meanwhile, the song Re Bawree, which Govind composed and sang along with Prarthana Indrajith, from Bejoy Nambiar's Hindi film Taish, is already a chartbuster. The man who rose to fame through the band Thaikkudam Bridge is getting busier, with Nivin Pauly's Padavettu and Vijay Sethupathi's second Malayalam film 19 (1)(a) on the way.