Stray Factory's Mathivanan Rajendran: A producer isn't just the guy with the money

With Nasir getting an Asian premiere recently, Stray Factory's Mathivanan Rajendran talks about producing independent films and the need to explore alternative methods of funding

It was the Mumbai Film Festival, and Mathivanan Rajendran was there to watch a different film. But fate had him watching Coimbatore-based Arun Karthick’s Sivapuranam, a film that he says sparked something within him. “I didn't really understand it very well, but to see the work of a Coimbatore filmmaker at such an event was exciting,” says Mathi. He reached out to Arun, and Vijay Jayapal (whose work he had also seen at the festival), wanting to work with them. It started Stray Factory’s foray into independent cinema. “These directors are not really looking for money, they are looking for support. So, it worked.” And fast forward, we have Nirvana Inn which premiered at the Busan International Film Festival last year, and Nasir, which was the NETPAC winner at the International Film Festival of Rotterdam this year.

A lot of us might know Stray Factory from their work in theatre earlier, or later on YouTube. One of the first people to produce sketches, and later a web-series on YouTube, Stray Factory’s Black Sheep was a trendsetter. “YouTube requires a mindset where you are trying to be viral. That means you have to constantly identify the latest trend and talk about it. Coming from theatre, I missed delving deep,” points out Mathi. “You are making things to fetch you the highest views. What gets the most views aren't necessarily the best.”

This reluctance to be swayed by numbers is what pushed Mathi to avoid loans when he began producing films. “India is a market heavily reliant on debt financing. But when you do that, the numbers pressure comes back. You are pushed to release your film within six months or a year because the debt piles on.” The objective for his team, he says, is to create profit, yes, but also to ensure that the filmmaker gets to make the film he wants.

This meant identifying sources that would support the cinema they were trying to make. “We discovered several, especially in Europe, that support indie filmmakers, and encourage films with fresh perspectives.” And it is the producer’s role to pitch to these grants, and finally, put the project together. “People often misunderstand that a producer is the one with the money. We are responsible for finding funds for the project and putting it together. We do need to be creative in telling 'the story of the story', in finding avenues to take the film to." 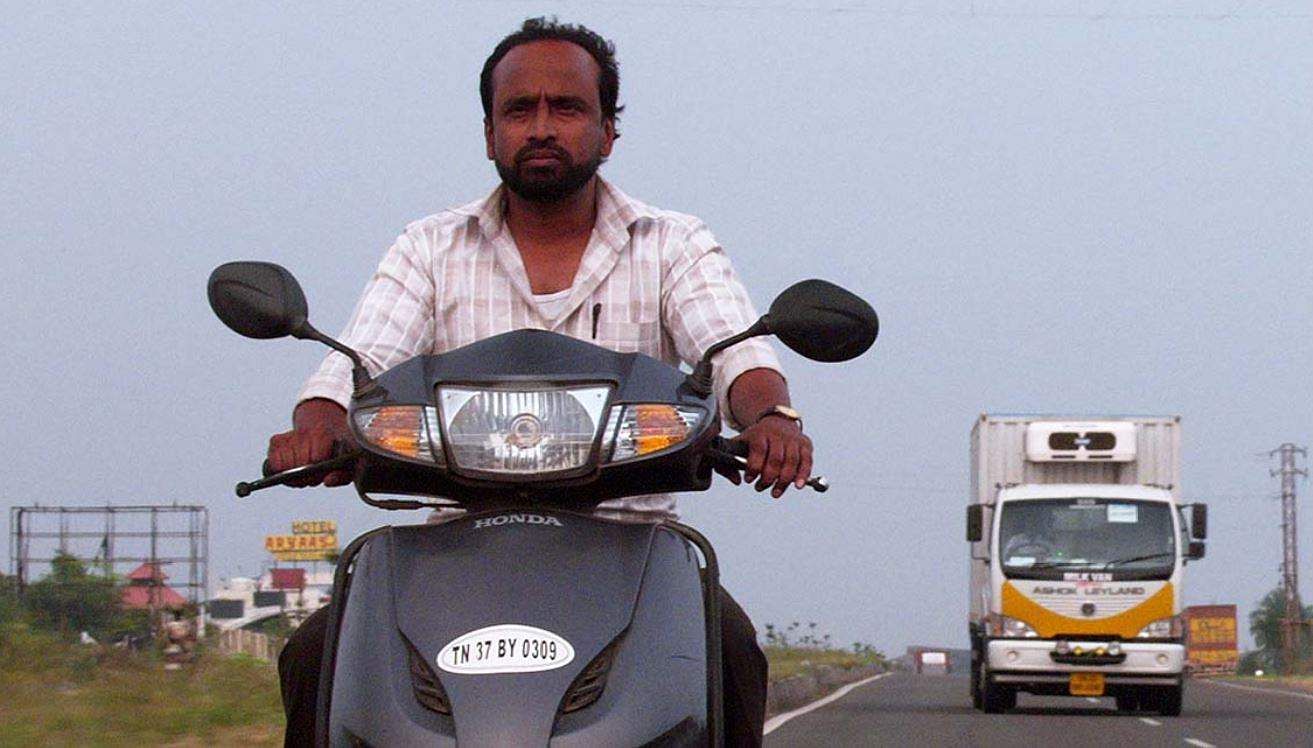 Nasir and Nirvana Inn won four international grants between them, which aided their production. “In hindsight, I don't think I knew what I was doing at all,” says Mathi, laughing. He remembers turning up at the Film Bazaar in Goa, armed only with information from the internet. “Thanks to the producers' lab, and my corporate background, I guess I was able to write my pitches better,” adding that he got lucky with his filmmakers. “Credibility is the toughest thing to establish, and our directors gave me a jump-start there. I was able to use that to do more.” It isn’t free money, after all. “The grants probably give us 30-40 percent of the money, but that made us work so hard.”

The lack of a parallel film movement meant that this was hard to explain to local contributors. An additional challenge was to market the film. “With a commercial film, you are carpet bombing to ensure everyone comes to the theatres. You get a celebrity to release a poster/teaser etc. But doing the same for indie films will kill it.” The major issue, he believes, is the stereotypical image that ‘art films’ conjure. “People lose their curiosity to watch festival films because they have been wrongfully branded as pretentious, or 'artistic', or slow,” he notes.

This, he says, applies to filmmakers as well. “There is so much focus on box office numbers that people think it’s the only aspect that defines a film. If the industry cannot survive something like the covid-19 pandemic, it is time we reevaluated some of our decisions,” he says.

Nevertheless, Mathi strongly states that mainstream cinema isn’t the enemy. He just wants more Tamil filmmakers to explore the indie space. “With these grants, one of the most frequently asked questions is ‘why do you want to make this film’. They want to gauge whether you are doing it for the right reasons, and have a unique perspective.” The experience helps the creator be more introspective about the film he is making. “It's a question we don't ask enough with mainstream films because it is a commercial transaction. They don't get to explore their craft.”

Meanwhile, Stray Factory will continue backing auteur-driven work, while also bringing in more projects that document the female gaze. “The other two producers are women, and we attended this workshop at Rotterdam and realised that the massive gap in the male/female gaze when it comes to films.” This isn’t just about having a woman lead, or a female director, but involving more collaborators on various levels. “We applied to this German grant, which was based in Delhi, to make a short film. We have just finished the film starring Gayathrie, Kalairani… More than half of the crew had women.”

Philosophy and optimism lace Mathi’s answers. He speaks of the need for a network of producers, but immediately adds that it will happen as we have more independent films. "People who are really passionate will make their films anyway. At the end of the day, it’s all cinema,” Mathi says. “If tomorrow, all the films become artistic, then there will be an independent movement with commercial cinema. I just believe that if you have one central idea, following that will eventually help you find all the answers you need. It might take a while, but the answers will come.”