Enable Javscript for better performance
Rakshit Shetty: I am starting from zero, but this time with some experience- Cinema express
ADVERTISEMENT

Rakshit Shetty: I am starting from zero, but this time with some experience

The actor, director and producer, who completes 10 years in the film industry, says he values both success and failure, and wants to be remembered for his good work

Ten years ago, Rakshit Shetty forayed into Kannada cinema. The actor, who soon came to be known as the Simple Star, took to Twitter on July 23 to thank his fans and the Kannada film fraternity for their wishes. Mentioning that it's been 10 years since Nam Areal Ond Dina, he wrote, “A film which set a foundation for my career and filmmaking. It is hard to belive it’s been so long. It feels like yesterday when we were roaming around Gandhinagar to release our film.”

Rakshit also mentioned his decade-long journey, and added, “Wow! A decade! When I look back, I know I have given my best. I’ve tried my best to mature as an actor and film maker with each film and I trust it will only get better. For the passion and curiosity is still alive...”

Rakshit Shetty, who came to limelight with Simple Agi Ondh Love Story (SAOLS), later took forward his directorial passion with Ulidavaru Kandanthe, which made him a South Indian sensation. The actor-director later also wore the producer’s cap with Paramvah Studios.

Talking about the milestone, he tells Cinema Express, “I didn’t even know this 10-year landmark was approaching. I took notice of it three days before the celebration. It was an emotional experience to see so much love coming from fans and the friends from the industry and outside, whom I have gathered in all these years.”

Looking back, Rakshit feels he is in a good position now, and that this status is a result of a few failures that helped him learn, while every success helped him commercially. “Without even one of them, I wouldn’t be in the state of mind, or the position, that I am in today. This whole process has given me immense opportunities to do my next film. I value both success and failure,” he says.

After Nam Areal Ond Dina, the Thuglak actor went on to do films like SAOLS, Ricky, Kirik Party, and Avane Srimannarayana, among others. The career graph of the nine-film old artiste speaks volumes about the quality work he has done. “I want to enjoy work. Some of my projects have taken time, and some haven’t. I am also not in a race, where I have to complete 20 or 50 films. I believe that even if you do 50 films, you will be remembered for the best five. So I think it is better that I concentrate on 10 films, and all of them are remembered, or for that matter, even eight films. I just want to be remembered for good work,” he explains. 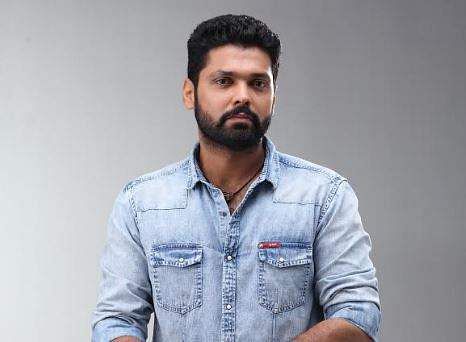 Ask Rakshit if all the experience that he has gained through the years is making him move in a particular direction, and he says, “Being inside the house for almost four months during this pandemic is something that I have been through during my short film days. This was before SAOLS, and at that time, I just used to read books, watch films, and write, and that’s something I have been doing now as well. I feel I am starting from zero, and beginning all over again. The only difference is that when I started 10 years ago, I had no experience. Today, I am into the same process, but with some experience. That’s what I find exciting.”

So what are his goals for the next 10 years? “Right now, I know what my next 5-6 films will be, and I am looking forward to working in each project. Otherwise, I have no set plan about how my next 10 years should be. Nor do I have a target in terms of number of films,” says Rakshit, who is looking forward to completing the shoot for Kiranraj’s 777 Charlie, followed by Hemanth M Rao’s Sapta Sagaradaache Yello, and Richie. Meanwhile, his current aim is to start with his next directorial, Punyakoti (PK).

The actor, who has a huge fan following in south India, says he will be more than happy when his work reaches more and more people. “Until I did SAOLS, nobody knew much about Rakshit Shetty. When I made Ulidavaru Kandanthe, they said the guy who acted in SAOLS has done this. When I did Kirik Party, it was something different, and so it was with Avane Srimannarayana. The love I am getting from people across South India is for my previous work. Taking it further, I hope my next few films will enable me to reach as many people as possible across India, and outside too,” he says.

“If I waste one day, and it is extended to the second day, I get this call from my conscience that so many people love me and my work, and I can’t waste time. This sets a reminder to me, that there is so much work to do and show to people,” he signs off.