The director talks about his journey as an independent filmmaker in Mumbai, the city’s fragile equation with outsiders and the themes of alienation and conflict underlining his work.

In 2018, when it was doing the festival rounds, Devashish Makhija’s Bhonsle was a story about Mumbai’s decades-old anti-North Indian conflict. But now, having released on SonyLIV amid the grips of a nationwide migrant crisis, the film has gone beyond its regional purview. Devashish says it’s unfortunate that such a crisis had to happen for his film to gain relevance. “I feel almost guilty that we had to find context again in the real world for this film to get traction,” the director shares, adding that he envisioned Bhonsle as a reminder of the political violence in Maharashtra in 2003-2008. “But then we had the whole nation doing this to migrant labourers,” he says. “That’s a tragedy. That’s not how it should be.”

Set in a Mumbai chawl, the film stars Manoj Bajpayee as Ganpat Bhonsle, a retired, terminally-ill cop who bonds with a North Indian girl and her brother. When a local tough starts throwing his weight around, objecting to a Ganesh Chaturthi installation by non-Marathi residents, Bhonsle steps up for the immigrants. The film parallels the political tensions in the chawl with Bhonsle’s dwindling health. It’s a sympathetic portrait of an old, withering man, movingly conveyed by Manoj, who has co-produced the film and seen it through years of rejection.

We spoke to Devashish about his inspirations behind Bhonsle, his journey as an independent filmmaker in Mumbai, the city’s fragile equation with outsiders and the themes of alienation and conflict underlining his work. 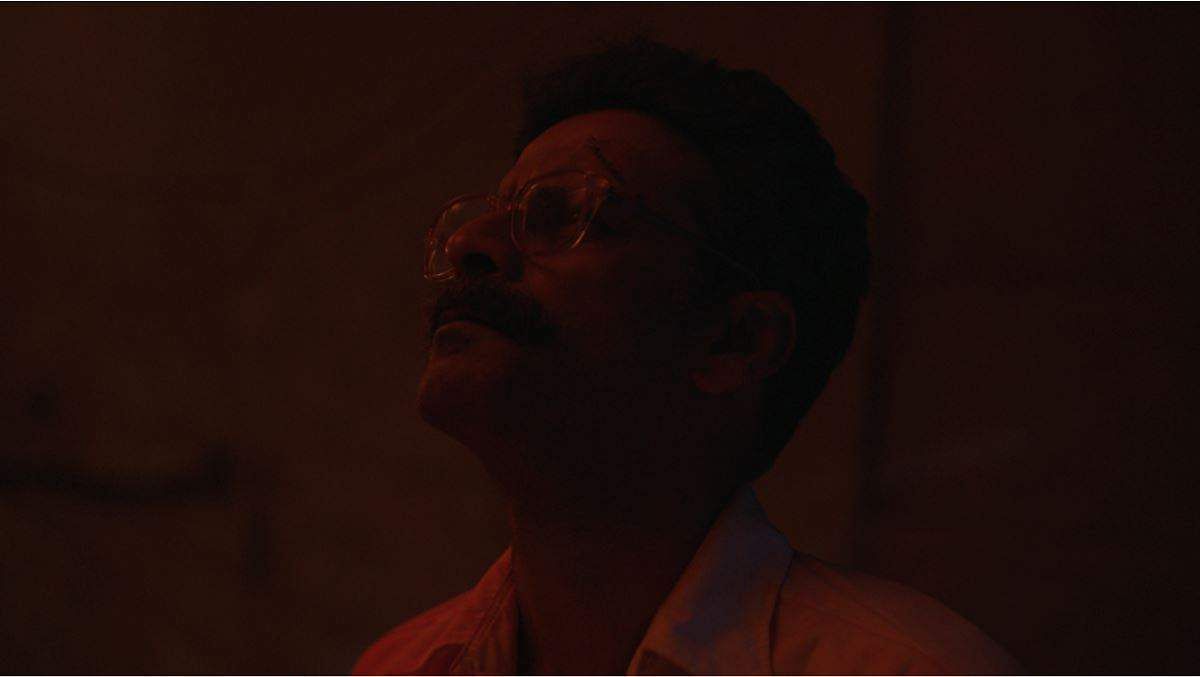 You’ve been working on this film for a decade. How did the script evolve over the years?

The original impulse to tell this story came from what I had faced as an outsider in Mumbai. It was the time the MNS and the Shiv Sena were practicing their exclusion politics of not wanting Bengalis, Biharis and UPites in Maharashtra. I was researching for Black Friday (2007) and a lot of cops I talked to would not respond to me in Hindi. There was a circular that was passed around asking all official communication to be done in Marathi. Even the signboards on shops were changed to Marathi. I found it passive-aggressive that someone was going out of their way to make me feel I didn’t belong there, when constitutionally I had the right to practice a trade and reside anywhere in the country.

That was one part of it. The other part was that I had left my father alone in Kolkata when I moved to Mumbai. Over the years, I saw him not being able to deal with his life of solitude, much like the self-isolation we are observing now. So that decline I saw of him found its way into the character of Bhonsle.

It’s ironic that the point of contention in the film is called ‘Churchill Chawl’.

While writing the script, I stumbled upon a chawl in Tulsiwadi that had 50% Marathi and 50% immigrants. They were all taxi drivers. What I discovered was that these chawls were originally military barracks erected by the British. They were built for Indian soldiers since they couldn’t put them in the same up-market barracks as the British soldiers. So those roots are not Indian to begin with. Where then do you draw the line between an insider and an outsider? In fact, the character who is trying the hardest to be perceived as an insider and therefore get an election ticket is Vilas (Santosh Juvekar). He is not even a part of the chawl and lives in a taxi. In a physical sense, he’s the most migrant of the lot.

You struggled to find takers before Manoj came on board. How difficult was it to get the film made as you wanted?

I started my career at Yash Raj Films. So I had been at the heart of mainstream cinema before walking away. Subsequently, I had to make short films to prove myself and find my voice. On Bhonsle, I had financiers tell me how to make my film, which I never agreed to. The struggle got easier once I had Manoj on my side. He brought in the producers and protected the film at every step. In the US, big stars like Brad Pitt and George Clooney attach themselves to projects that studios would otherwise not fund. Over here, though, it’s not the same. We need to clone a Manoj. We need a hundred of them right now.

Stray dogs featured prominently in your previous film, Ajji (2017). In Bhonsle too, there are several shots of animals and birds.

I’m open to energies of real spaces and locations. In this film, we had everything from cockroaches to rats to crows to cats to dogs. I did not have an animal wrangler on set except for one dog. It’s a relationship I have created with strays over the years. These animals, in fact, were the true residents of the 200-year-old chawl we shot in. I cannot shoot in these spaces without assimilating them into my frames.

The film looks empathetically at the three main characters. Yet, there’s no attempt to romanticise their lives or the city — which many Bombay films do.

I wanted to bring out the inconsequentiality of Bhonsle. Although he is the protagonist, he is of least consequence until he decides to do something about it. It’s a result of the class-driven society we live in.

I don’t romanticise the city of Mumbai at all. It is no different from any other financial capital in the world. Everyone from a vada pav seller to the biggest entity in the stock market is an entrepreneur here. Their resilience comes from the financial nature of the city. I don’t think it should be romanticised, because by doing that we overlook a lot of other inequalities.