In a candid chat, Priya Bhavani Shankar talks about breaking stereotypes and learning to navigate the fame game

Dressed in a casual ‘no paparazzi’ tee and jeans, the first thing Priya Bhavani Shankar ask us is if she can take her heels off. “I’ve been dying to get out of these,” she adds, making herself comfortable on a couch. There’s a lot of bustle around as we set up the video equipment, and meanwhile, a housekeeping staff hands her a cup of coffee. “Neenga pottadha? Romba nalla iruku,” she says. Priya’s effortless charm has always got her ardent followers, right from her television days. She is a star now, but the fame sits easily on her shoulder. This wasn’t the original dream. “Had I wanted cinema, I wouldn’t have taken the long-winded route I did,” begins Priya. But the detachment has helped. “I wouldn't say I struggled for this, but it wasn't easy as well. Somewhere, I am thankful that I had the space to make choices patiently, with more clarity.“

Priya confesses about taking cinema lightly at the start. “I didn't realise I had landed an opportunity that so many people yearn for. I took it for granted. I feel I could have looked better in Meyaadha Maan, or even performed better. Jolly-a vandhen, pannen, ponen.” But the sets of Kadaikutty Singam changed her perception towards cinema, surrounded as she was by several veterans from the industry. “If so many directors still want Sathyaraj sir, it is because of what he brings to the table; how he uses his time on sets productively. I learnt professionalism on that set; I implemented it in Monster." And now, the Mafia actor means serious business. “For the past year, I have been through so much personal struggle that my work has maintained my sanity. In all my previous jobs, I have been happy but never this dedicated.” 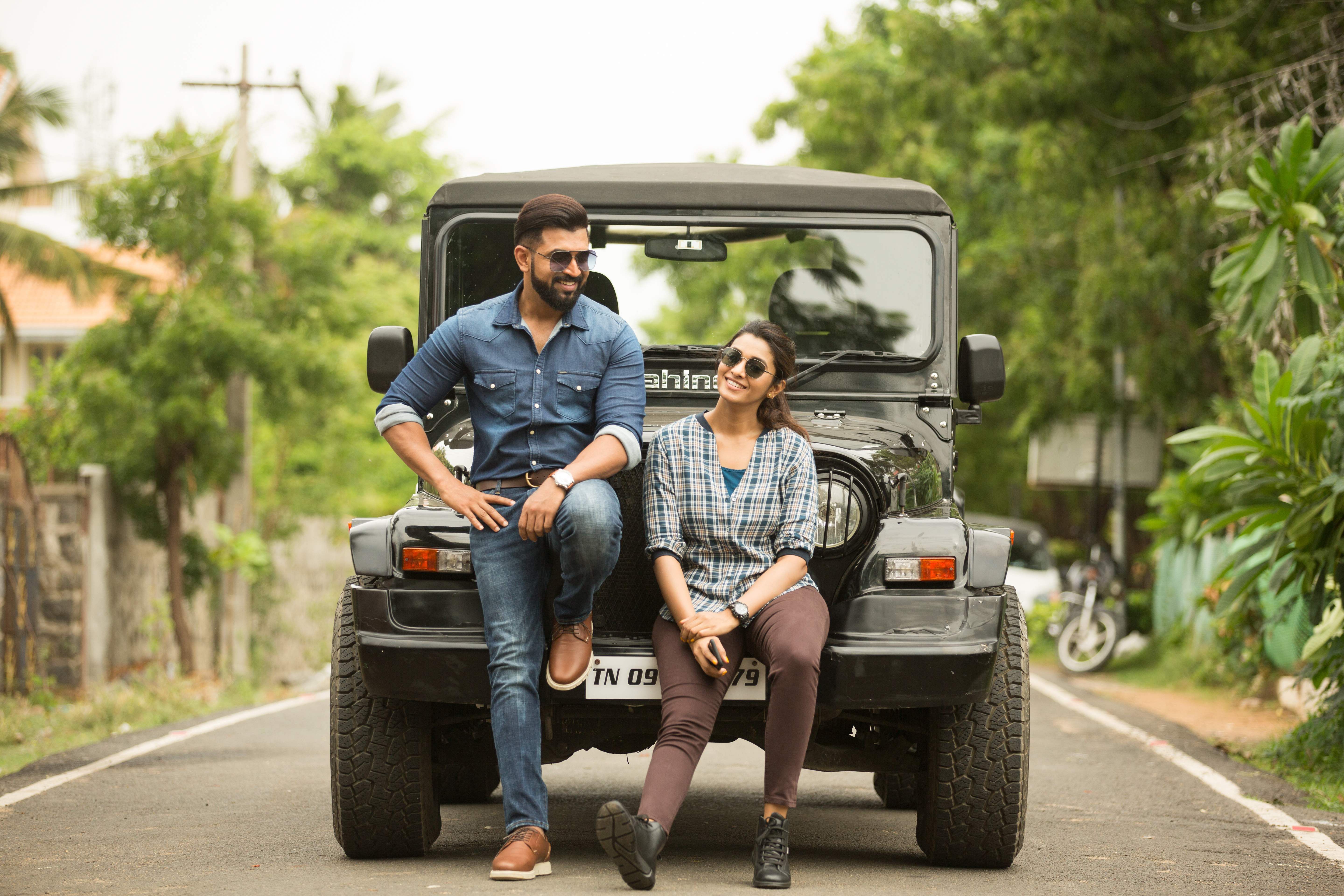 Conversation with Priya flows easily, as though it were with a friend, but you can see she has quite mastered the technique of being specific yet vague. As we speak of dreams she let go, for example, Priya speaks eloquently about how persistent she could be, and the trauma she went through. “I didn’t let go of them, the doors were shut on me. I was holding certain things so tightly, that I didn’t realise they were cutting through me.” But she doesn’t let us know what exactly those dreams were. Was it maybe the almost-finished novel she speaks of with fond emotion? This tight-rope between being honest and being guarded, is evident as she speaks of her relationship too, which has been in the news for some time now. Did she worry about her image? In Priya’s case, she didn’t really have an option. “Even my HOD knew about it!” she says with a laugh. “Had cinema been a planned step in my journey, I would have been more guarded about it, I guess. But now, I don't feel comfortable hiding it all of a sudden.” The reason, she says, is the public commentary private lives get subjected to. “When someone says they are in a relationship, our society wants them to be together forever. If that doesn't happen, then judgments are passed and the girl quickly becomes 'characterless'. I hate when people throw filthy comments on someone's personal life without knowing anything.” However, she acknowledges that it is part of the package. “When you get so much love and affection, one has to accept this as well.” 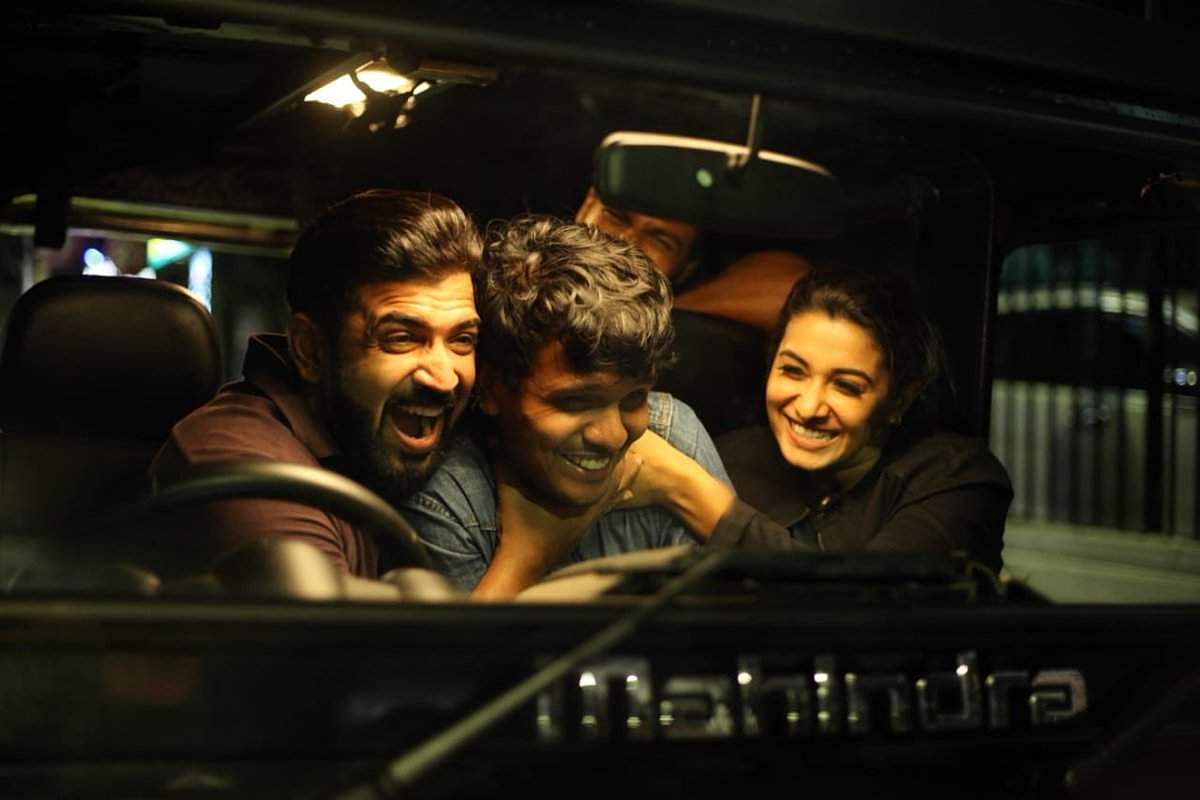 This acceptance has manifested in several ways, an example being how she handles with bullying online. Almost a year back, the actor had some strong words for a ‘fan', who had unwarranted criticism for her choice of clothes. “I still stand by my words. His words, ‘you were my dream girl, not any more’, instigated me. Such mentality had to be answered. Not that I want to be anyone’s dream girl.” Priya adds that these days, she takes it all lightly. “I realised pretty late that we can't change anyone. People have blind opinions. I laugh at comments like, "You dress like this because you don't have enough offers." Really? As if wearing a semi-transparent shirt would make producers queue up to sign me,” she says, laughing.

This acquired practicality also shows as we speak of her work and her list of releases. “I am not sure of other industries, but in our industry, to have a film release is an achievement unto itself,” she discloses. Thus, the producer is first on her checklist. “A good producer can ensure that even an average film reaches the audience well. And then, it is the script and the director.” This has led to breaking a few stereotypes, beginning from Mafia, where she sheds the ‘girl-next-door’ avatar to play a stylish cop. There’s also Radhamohan’s Bommai, where she plays an eccentric role, that SJ Suryah is convinced will win her admirers.  “I knew I could pull it off. The character I played on TV for a year and a half wasn't me, but that was who Priya was for the audience, for a long time. Naa podra oru photo ke, thittama seri irunthuttu po nu, enna vidrathuku time eduthuchu,” she says. But she notes that she can’t play the same roles over and again. “I completely trust my directors. They know whether the performance works when they see the monitor, so I just look at them. And with Mafia, the audience seems to have accepted me as well.”

All I had to was to just look at Kamal sir’s face; one can just follow his eyes and emote. Unnoda thiramaya lam veetla vechutu vandhrundra madhri irunthuchu. His performance is so natural, and the number of variations he gives is mind-boggling! Kamal sir is completely in love with this process. For him, nothing is complicated. He is also so updated with everything that one wonders where he gets the time for all of it. He is someone the Indian industry should be proud of.