Enable Javscript for better performance
SP Jhananathan: I know I am losing my audience when I pen a tragic climax- Cinema express
ADVERTISEMENT

SP Jhananathan: I know I am losing my audience when I pen a tragic climax

The filmmaker, who is back with Laabam, yet another social drama, starring Vijay Sethupathi, Shruti Haasan and Jagapathi Babu, talks about his style of filmmaking

SP Jhananathan is known for making films that talk about lesser-explored international politics and its impact on our nation. Excluding his directorial debut, Iyarkai, which was a romance, all his works have had very strong political themes. Though the issues he has addressed so far — with films like Peranmai, E and Purampokku Engira Podhuvudamai — have been varied, he has never missed an opportunity to raise his voice against the exploitation of corporate entities and their malicious marketing techniques. With his new film, Laabam, starring Vijay Sethupathi, Shruti Haasan and Jagapathi Babu, the filmmaker aims to enlighten the people about why India remains a developing country despite being a leader in agriculture and who exactly is stealing our profit. "India is a giant in terms of agricultural yield. We have never lagged in production. Despite this, we fail only because of the supply chain. The middlemen and the ones governing them loot the profit which should ideally reach the farmers," says Jhananathan, illustrating his point with an example. "A sugar factory not only produces sugar. It also generates electricity, which is then sold to the government. And it produces molasses which, in turn, is fermented to get alcoholic beverages. Sugarcane is the base product for all this, but the farmer who cultivates it doesn't even get a fraction of the profit. I've tried to unmask this crime through Laabam."

Even with the monstrous growth of social media in the past decade, Jhananathan strongly feels cinema is still the most-effective medium to reach the masses and convey a message. "And it is always going to be cinema that has the widest reach. Bhooloham, for which I wrote the dialogues, has been watched by 20 million people online. Though the craze for the medium might have subsided a bit over the years, films continue to reach the masses effectively." 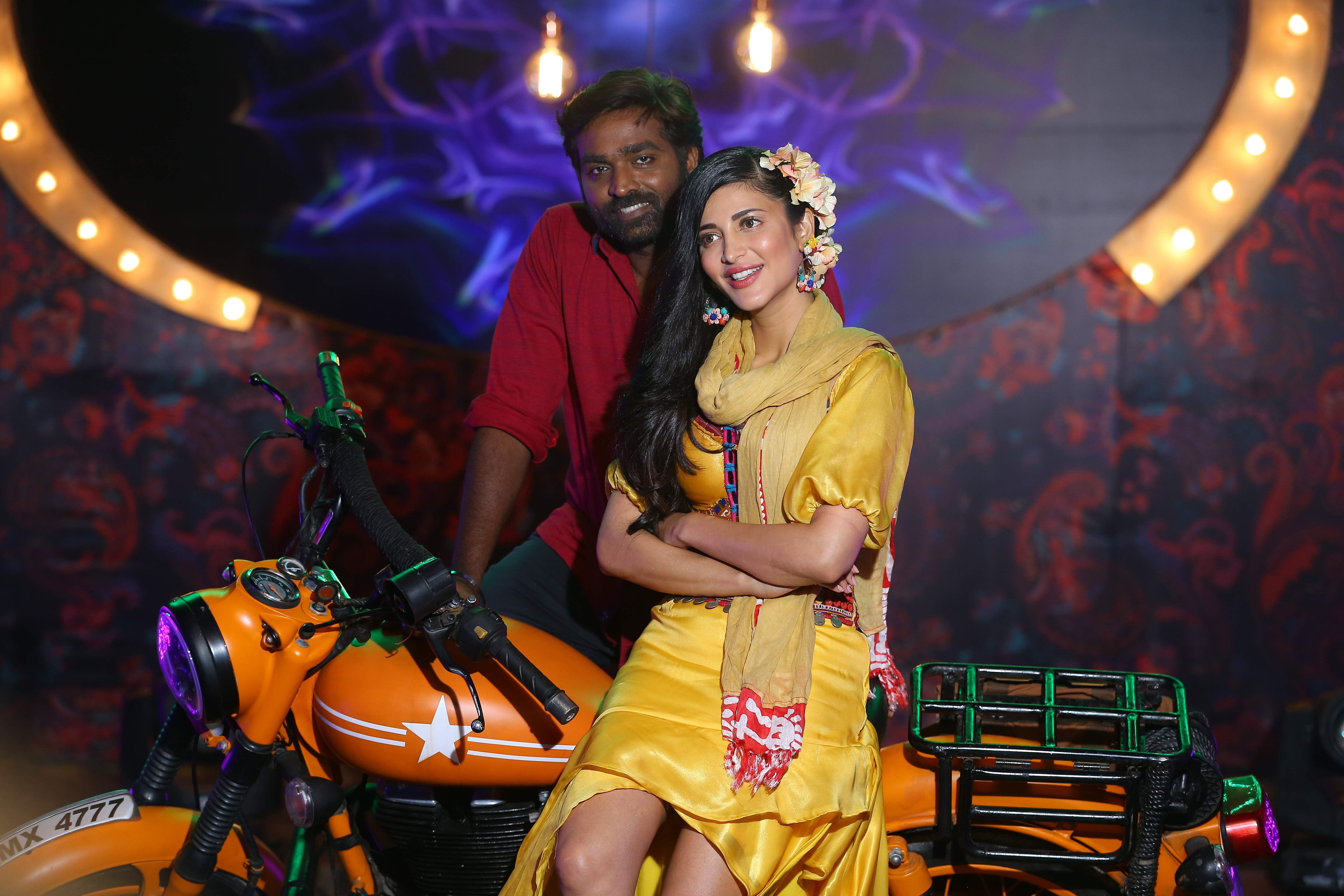 The filmmaker says collaborating with young talents helps him ensure that his films are relevant to the current generation. "I am aware that I am middle-aged and I need inputs from younger minds to reach today's audience. That said, internationally, most acclaimed filmmakers have made their best works during their late 50s. I believe a creator takes that much time to completely understand his audience and craft." However, Jhananathan believes a message can effectively reach the audience only when the strategy is innovative. "Every creator must accept the fact they need to reinvent themselves over the years to make heads turn. Periyar used to carry a lantern to busy junctions during the evenings and start speaking all alone. People noticed this because it was weird and started gathering around him. Once the count exceeded five people, he would start talking about his revolutionary ideas. Anna, meanwhile, used humour as a medium to convey hard-hitting political and social ideas. Likewise, I use commercial elements, whenever necessary, to deliver social messages."

Even though his films have these commercial elements in the form of songs and comic relief, every work of his has broken the one golden rule to get a repeat audience: a happy ending. Jhananathan is aware that he is losing out a significant section of the audience when he pens a tragic climax. "I understand that nobody wants to pay to experience again something that saddens them. It is not my intention to write sad endings to disappoint people. It is just that my films call for them. For example, in Purampokku, as an audience member, I would want Arya's character to jailbreak successfully and escape his death penalty. But, I would have failed as a creator if I'd done so. The film wouldn't have been about capital punishment if it had a happy climax. I sincerely believe the film will reach a wider, international audience someday."

Looking at the filmography of Jhananathan, one thing that stands out is how none of his films have had an individual as the antagonist; it has always been the evils in society. For the first time ever, Laabam has a prime antagonist, played by Jagapathi Babu. What drove him to give a face for the evil in this film? "I guess it was an unintentional decision. But I can assure you that Jagapathi's character is nothing like your cliched villain."

All his 'social message' films have been a blend of two genres. E was a blend of a rural drama and a medical thriller, Peranmai was an action thriller cum students drama, and Purampokku was a blend of a political drama and a jailbreak film. Asked if this is an intentional choice, Jhananathan says, "I just pen down whatever hits my mind. It hasn't been a conscious decision. I wouldn't call myself an ace filmmaker. But I know the vision of my film and what it tries to convey to the audience. I don't make films just to entice the viewers; I make films to educate them. I guess I have a lot to say to the audience and I use my films as the medium to package this." The director says he prioritises his social messages over the arcs of his characters. "Shyam is just a jailor in Purampokku, but he talks a lot of progressive politics which is irrelevant to his character definition. Rather than prioritising the nature of a character, I always have the urge to use the footage as much as possible to convey something to the audience, even with the smallest of characters." Jhananathan understands that some find this off-putting but he has absolutely no regrets. "I understand why a certain section find this approach of mine to be odd and I wholeheartedly accept their criticism, but I have never had second thoughts about it."