Sahil Vaid: I was jealous of Sushant Singh being the Thalaivar Rajinikanth fan in Dil Bechara

Sahil, who plays Sushant Singh's friend in Dil Bechara, talks about being typecast, weighs in on the nepotism debate, and more

Ayushmann Khurrana, the man with the Midas touch in Indian cinema right now, once said, “Nobody will tell you that you're typecast until your films aren't working. If it's working, they'll call it your zone.” Although actor Sahil Vaid is clearly in the zone right now, he is also aware that he is being typecast as the quintessential Bollywood staple — the hero’s friend. “I’d be lying if I say I’m not worried. But I can’t stop working just because I’m getting similar roles,” says Sahil, whose breakthrough role was Poplu in Varun Dhawan-Alia Bhatt’s Humpty Sharma Ki Dulhania.

More such roles followed. In Sushant Singh Rajput’s Dil Bechara, too, Sahil played the hero’s friend, JP. However, it wasn’t a run-of-the-mill friend who had no personal aim or ambition. “With my role in Dil Bechara and even my performance in Badrinath ki Dulhania, I have shown people that I can be more than just funny. I am proud to say that my 23 years experience in theatre has really shaped me as an actor. It is up to the people to think of me for roles that are not just the cute, funny friend,” feels Sahil. And indeed, his role as JP does have emotional heft.

It wasn't just Sahil's role, the entire film exuded an emotional aura due to the untimely demise of its leading star, Sushant. “I was sitting alone in my room watching Dil Bechara, and at one moment, I just shouted out at the screen, ‘Kya kar liya yaar tumne (what did you do, my friend?)’. As actors, we tend to wonder if we’ve lost our sensitivity over time. Such instances remind us that we haven’t,” says Sahil, adding that he still hasn’t come to terms with Sushant’s death. “There is no closure for me.”

It is this closure that Dil Bechara is all about. Sushant's fans saw the Mukesh Chhabra directorial as a closure of sorts. They came in for the story of Kizie and Manny, and took with them a piece of JP too. “It was a role that was both chirpy and cathartic. If the writing and the director allow an actor to play with the role, then it becomes a level playing field. That is where my theatre training helped. I have played far more complex characters on stage,” says Sahil. He also credits the time he spent with cancer survivors and blind people with not only helping him understand the character better, but also teaching him life lessons. “I never thought being part of a film would teach me so much. Most importantly, it taught me gratitude and to not take things for granted.”

Although Sahil has acted in only a handful of films in his fledgling career, he has managed to make a mark in most of them. However, more than his acting on screen, it is his career as a voice actor that has proven to be much more productive. “Not many know that voice acting is my day job. Very few people like Varun, Sushant, Shashank (Khaitan), Sanjana (Sanghi), and Mukesh know of this. In fact, the lion breeding scene Kizie’s father watches in Dil Bechara has an unscripted voiceover of mine. I was adamant that it should be me who does it. I did a similar scene in Manmarziyaan too,” says Sahil with a hearty laugh.

Being the Hindi voice of some of the biggest stars from across the world like Keanu Reeves and Tom Cruise must surely be surreal. But does this experience enhance his onscreen performances? “It actually keeps me trained as an actor. While voice-acting, we are limited by what the onscreen actors do. You mould yourself according to their pauses and their habits, and it opens up your acting range. When you are performing on set, you can go back to one of those performances and pick up from there,” shares Sahil, who is a huge fan of Superstar Rajinikanth. Considering Sahil was born and brought up in Salem, Tamil Nadu, this doesn’t come as too much of a surprise. 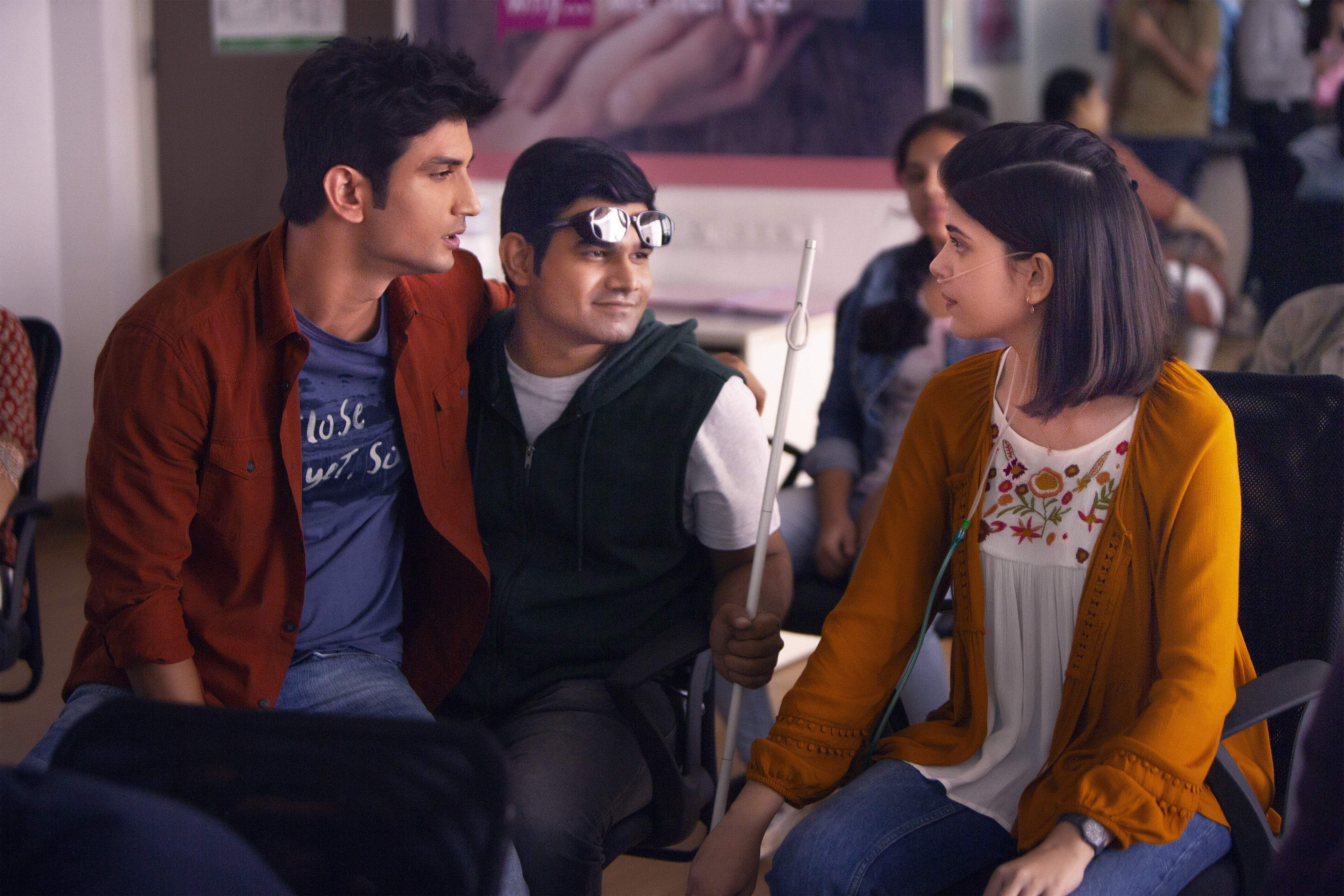 “It was a role reversal of sorts in Dil Bechara. I play a Bihari boy, who is a fan of Ravi Kissan and Manoj Tiwary, and Sushant plays a Tamil boy, who is a hardcore Rajinikanth fan. I was actually jealous of Sushant because he got to be the Thalaivar fan in the film,” says Sahil, adding, “But since there are shots of Kabali in the film, I'm going ahead and claiming Thalaivar and I were in the same film. (laughs) My life is made!”

The conversation then veers into the current raging topic in Bollywood — Nepotism. “Problem with being an outsider is the difficulty in building credibility and trust to make producers invest in your films. The first film might be challenging, but if you are good and easy to work with, everyone wants to work with you. This applies to both insiders and outsiders. We have seen star children fade into oblivion,” says Sahil, who prefers to look at the issue analytically. He, therefore, sees no point in calling out a producer for wanting to bet on the bankability of an actor from a film family. “If a production house has a line of flop films, it puts a lot of people out of jobs. Each film gives 3000-4000 technicians work. Secondary actors like me might go out of work if production houses stop making films. They will put their money on the talent that can guarantee returns.”

So, does this mean that, in the future, he will facilitate the first films of his children? “If my children say ‘Appa, I want to be an actor,’ I can’t tell them 'No'. I will definitely help my children get a screen test, at least. But yeah, it is important to remember one thing — if they don’t do well, not even their appa can save them.”