Enable Javscript for better performance
Direction dreams: Tamil cinema is more accessible for creators than ever before- Cinema express
ADVERTISEMENT

Direction dreams: Tamil cinema is more accessible for creators than ever before

...says Akshaya Mani, who worked as an assistant director with Gautham Menon, Ahmed, and Hariharan

My dad is a huge film buff and a big fan of Kamal Haasan. During school days, a friend of mine too inspired me to join the film industry and by 10th grade, I had made up my mind. I opted for commerce to just get done with schooling and then I went for a Viscom degree. My family has been incredibly supportive and though I get scolded at times, I know they have my back. (laughs)

Gautham sir is Mr Cool. He knows how to handle the set in a calm and composed manner. The way he writes is phenomenal and getting the opportunity to read a script written by him is something I'll cherish for life. Ahmed sir is very down to earth. Despite his stature, he runs his ideas by his assistants and takes our suggestions. Hariharan knows what he's doing and his planning is exceptional. He knows how to get what he wants from the cast and crew.

While shooting for Dhruva Natchathiram in Coonoor, I was on the phone with a friend. The reception wasn't good and I had to shout into the phone to be heard. Out of nowhere, Vikram sir took my phone and began talking. It took my friend a while to recognise who was talking to him. They spoke for a good ten minutes! Vikram sir's friendly nature bowled us over and my friend was on cloud nine.

Coordinating with the art department is quite a challenging task. Once the director states his requirement, I have to speak with members of the art direction team and get it done. It's tough because it's not exactly in your hands and you have to make someone else do it for you. Last-minute requirements often come up and that can easily get you into trouble with the director. It took a while to get used to. 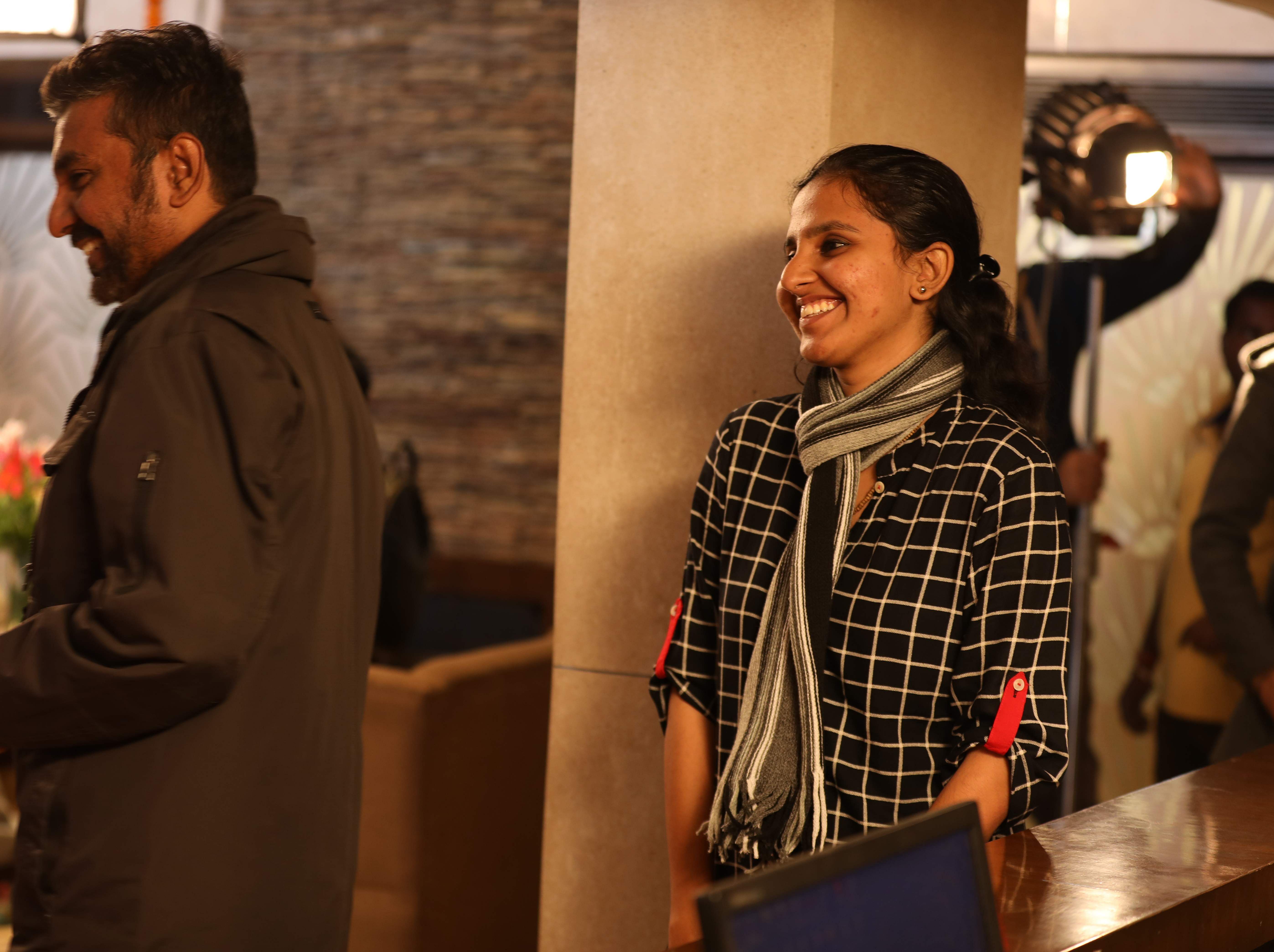 Tamil cinema is more accessible than ever before for creators. If you are passionate and work for it, it's easy to get into the industry. But at the same time, this accessibility has resulted in a lot of people coming in and creating similar content. I see the same content repeating on all the platforms.

When pitching a script to a producer, they seem to have a cap for the budget when it comes to a debutant director. I think a director shouldn't be limited like that just because they are new. The script should decide the budget. It doesn't have to be a 100 crore project, but at the same time, it shouldn't also be a 1 crore film.

I'm a huge fan of Sivakarthikeyan and as a creator, I find his positivity contagious. He would fit perfectly into the script I've got and I am sure he would bring a lot of positivity to the project.