Direction Dreams: The translation of an idea into a scene happens at the editing table

... says assistant director Sathya, who has worked in films like Kaithi, Master, and Vikram

In conversation with: Sathya I was a child artiste and I've acted in films like Sabash Babu, Rajakumaran and Julie Ganapathy. My younger brother Udhay too started acting and while he went on to get a National Award, I concentrated more on my studies. But, I didn't want to stay away from the industry and I knew I didn't want to go around looking for a job with a resume. I became a dubbing artist during my school days and voiced the main leads in more than 75 films. While I was happy being a part of the industry, I was not completely satisfied. My friends asked if I was going to get into direction as I was into skits and dramas. I then realised that all of what I'd done had involuntarily prepared me to become a filmmaker and that's how I became an AD.

What have you learned from your director?

Apart from filmmaking, the most important lesson I've learnt from him is how to treat a fellow human. He believes that everyone is equal. He is extremely dedicated and puts in a hundred per cent effort in everything he does professionally.

The sets of Lokesh sir are always full of fun. But the most memorable time for me was shooting the chase sequence in the first half of Kaithi. We shot it late in the night near Singaperumal Koil and we were all shivering because of the weather. Despite that, everyone, including Karthi sir, was happy to shoot that integral scene though it took more than a week. It was a wonderful experience, made more special by how amazing the end product was when we saw the film on the big screen. 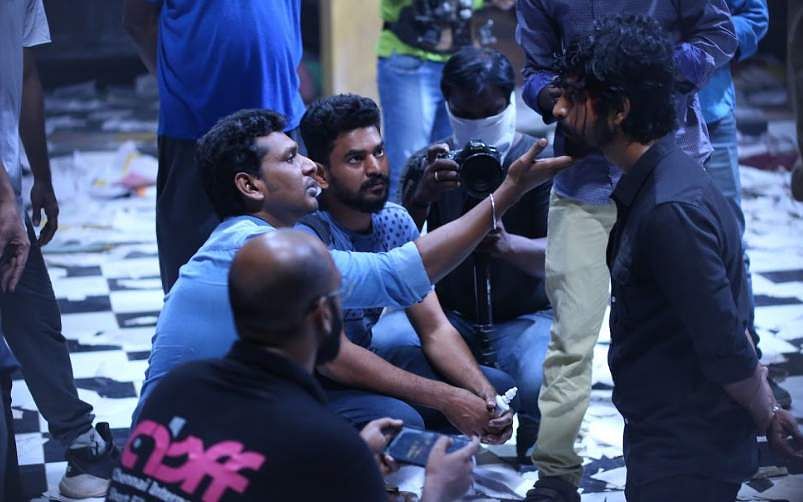 The translation of an idea into a scene happens at the editing table and seeing Lokesh sir's work turn from pages into a scene on the editing table is magical. He knows where the cuts will be when filming a scene itself and he has all that in his mind. But we wouldn't know it based on what's said on the scene paper. How to get into that mind space is something I am learning.

Good content, if it clicks with the audience, will win irrespective of the names associated with it. Critical acclaim helps a film too. That's a healthy trend, and for those like me who are just starting out, it gives us the confidence to make films without big stars.

Younger directors need to be confident with their script even if their idea isn't approved by a few producers. I see many of my counterparts thinking that their script isn't strong enough and tweaking the story. If five people don't like a script, the sixth person might like it. We should be sure about our script before telling it to others. Delayed success is still success.