Nayanthara responds to Radha Ravi controversy; questions Nadigar Sangam if ICC will be set up

Following Radha Ravi's deplorable comments on Nayanthara at the Kolaiyudhir Kaalam trailer launch, the Imaikka Nodigal actor has issued a statement condemning his behaviour at the event.

"I rarely issue public statements, as I have always allowed my professional work to speak for itself. However desperate times mandate desperate measures. Today, I am compelled to issue a detailed statement so as to clarify my own position and also champion the cause of women who bear the brunt of male insensitivities and sexism," said Nayanthara, who then thanked DMK President MK Stalin for taking swift action against his party member Radha Ravi.

Calling him out for his remarks against women, Nayanthara said that misogynists like him get a feeling of machismo when demeaning women. "I feel terribly sorry for the way they treat women in an opinionated way and my empathy remains with all the women who live in the families of these macho men," said the Dora actor, who added that considering Radha Ravi's seniority doesn't beget such behaviour from him, who has chosen to become a "misogynist role model."

She also scathingly remarked that actors like Radha Ravi resort to such tactics to remain relevant in the industry, and added that the applause and laughs from members of the audience in his speeches is "ghastly shocking."

Urging well-informed citizens and her "beloved fans" to discourage such sexist behaviour from Radha Ravi and his ilk, Nayanthara clearly expressed her dissatisfaction over his statements, and said, "I would like to strongly register my condemnation and protest against the derogatory speeches made by Mr Radha Ravi against women and children in general, and me in specific."

Nayanthara also took this opportunity to thank the "affectionate movie-goers of Tamil Nadu" and asserted, "Irrespective of all negative remarks and aspersion cast upon me, I shall continue to take up the multifaceted roles of Sita, ghost, Goddess, friend, wife, lover, so on and so forth with the sole intention of providing maximum entertainment to my fans."

Lastly, and most importantly, Nayanthara questioned the Nadigar Sangam about their response to this kind of behaviour, and asked, "Will you set up the Internal Complaints Committee as per the Hon'ble Supreme Court's dictum and commence an internal inquiry as per Vishakha guidelines?" 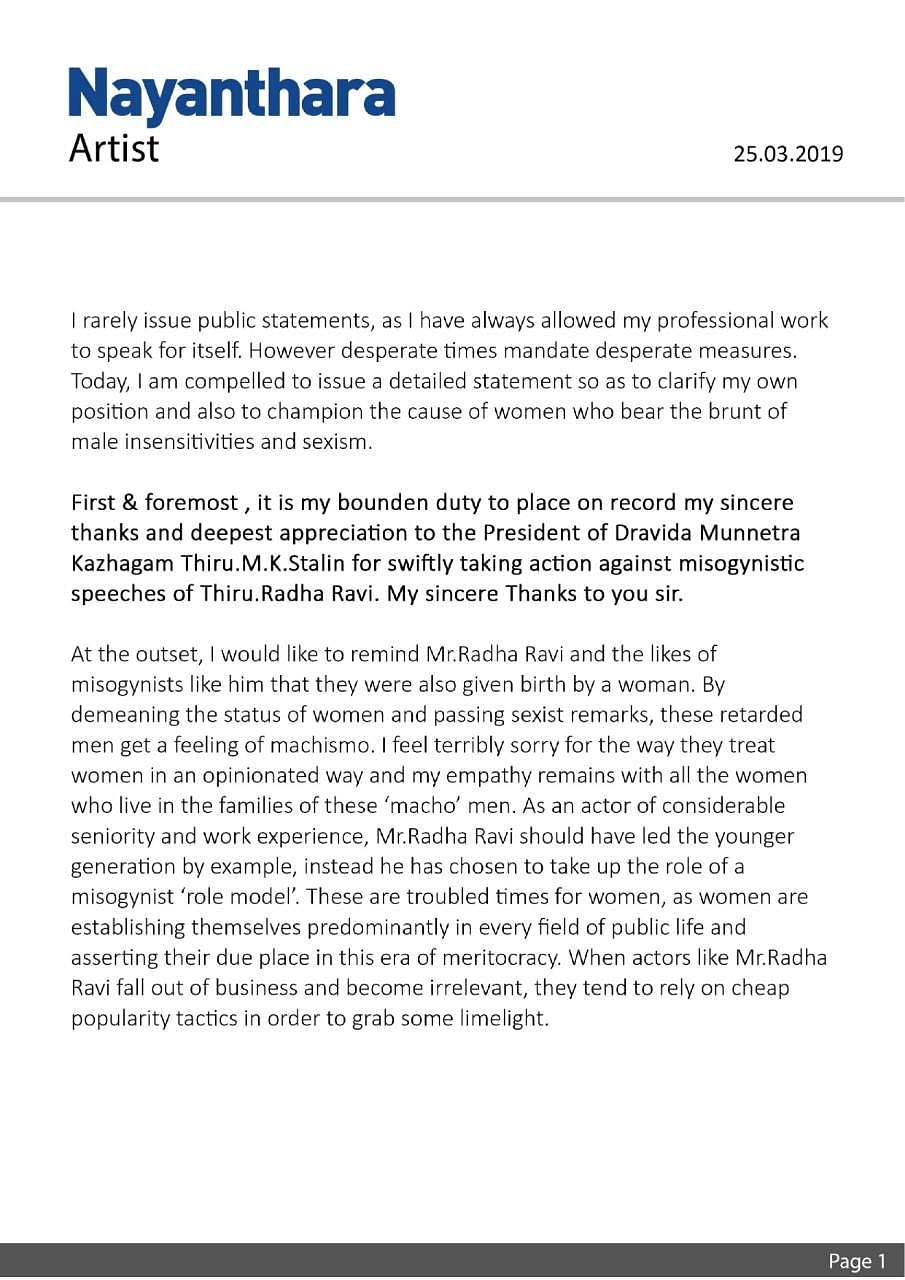 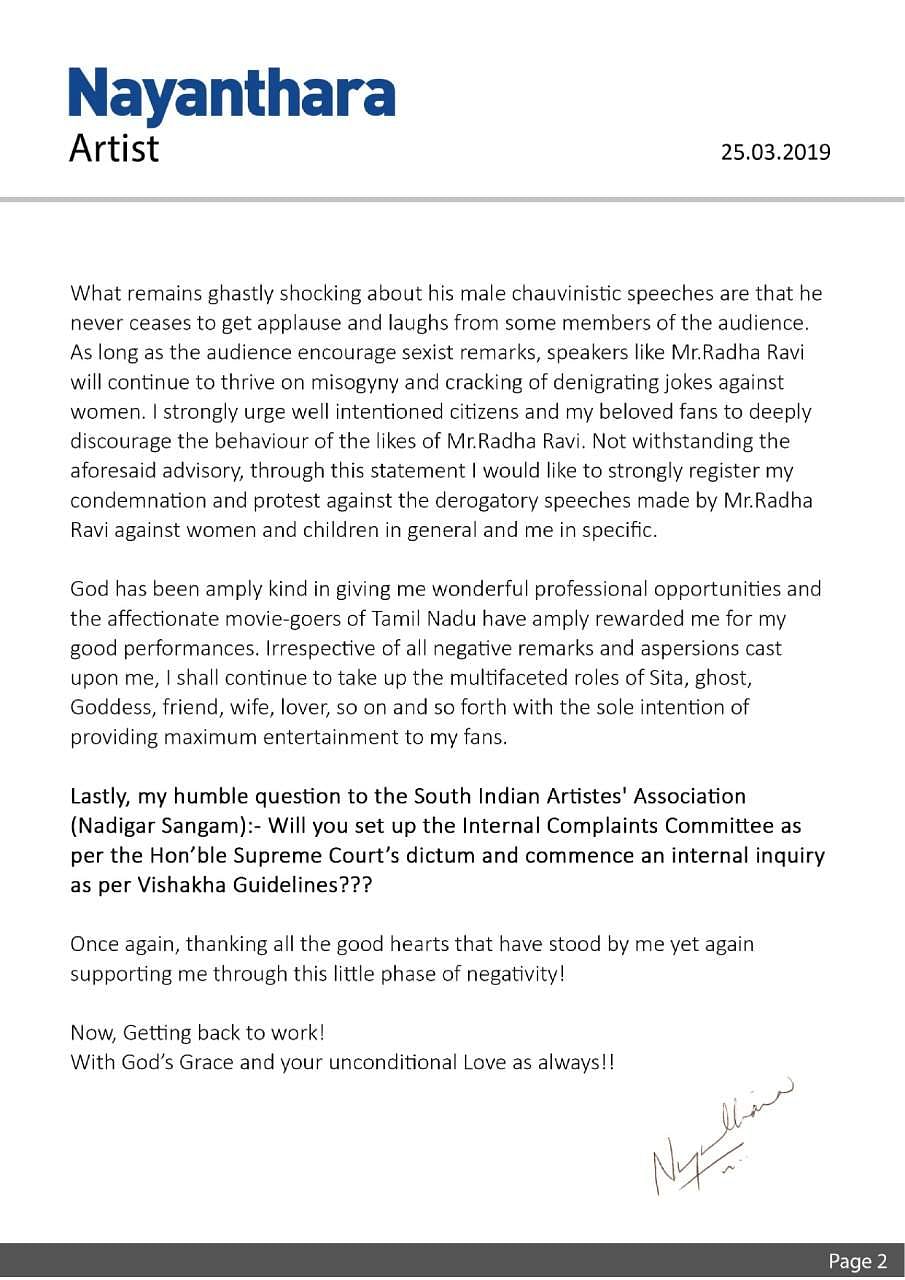