Title clash between the films of Sivakarthikeyan and Vijay Devarakonda

With Irumbuthirai director PS Mithran's upcoming film with Sivakarthikeyan, produced by KJR Studios, titled Hero, going on floors today, a title clash has ensued between the makers of this film and Mythri Movie Makers, the production house behind Vijay Deverakonda‘s next multilingual, directed by Anand Annamalai, and set to get a release in Tamil, Telugu, Malayalam and Kanada later this year.

Meanwhile, a letter dated the 22nd of February, allegedly provided by the TFPC (Tamil Nadu Film Producer's council) stating that KJR Studios has registered the title Hero for a Tamil film, has been making the rounds in social media.

The director of Vijay Devarakonda's film, Anand Annamalai, who is also the co-writer of films like Kaaka Muttai and Kutramey Thandanai, however, contradicts the statement saying, "We are completely shocked. The rights for the title 'Hero' in Tamil have been with Tribal Arts, a production company that I formed along with Manikandan, for the past one and half years. We first registered the title with the TFPC on July 5, 2017, and have since then, renewed the same on June 14, 2018. We have proof of the receipts and the demand draft copies with us. The producers council issuing a letter in their support, without getting a NOC from us, is firstly out of the norm. When you are owning a vehicle, how will it be when you hear that someone else has sold it to a third person,  without your knowledge? That's exactly what that has happened here. My film will go on floors next month, and it will release as Hero in all the four languages." 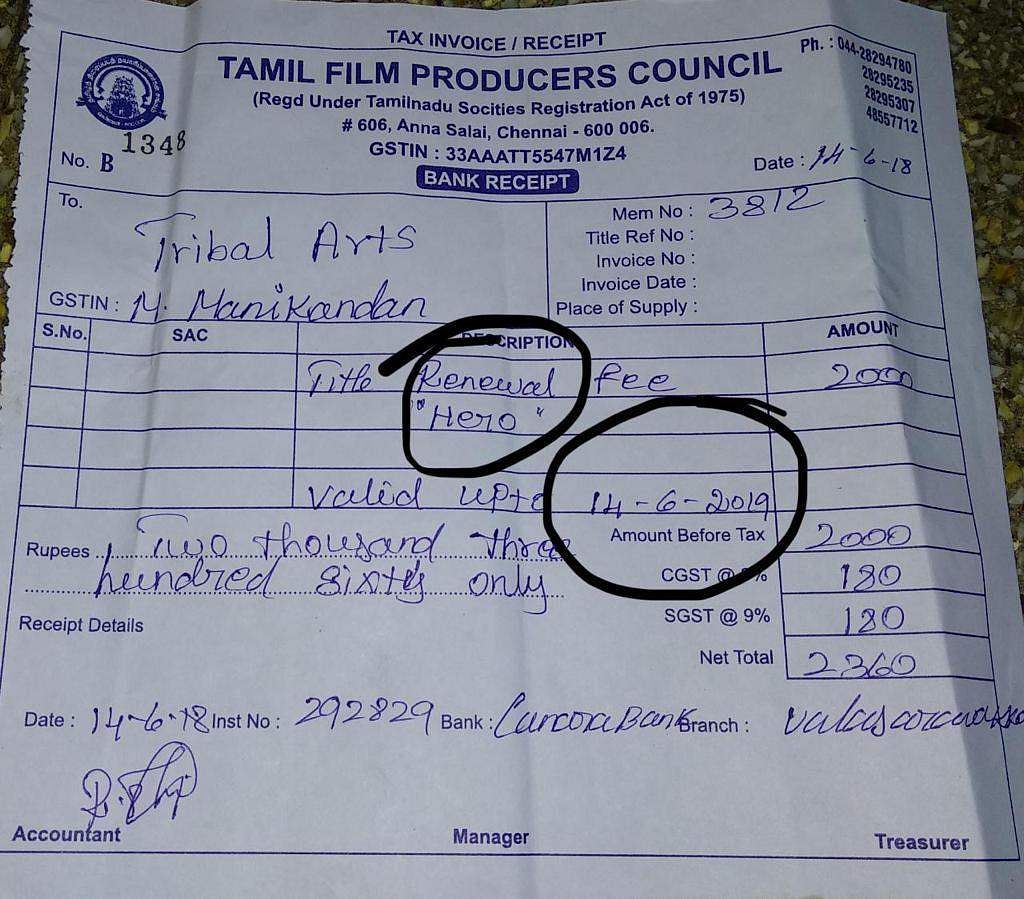 PS Mithran, director of the Sivakarthikeyan film, when contacted, had this to say, "We bought the rights to the title from composer and director SS Kumaran, who had originally registered it with the Council. We have a letter from TFPC stating the same. We will go ahead with this title." SS Durairaj, the secretary of the TFPC, who has signed the letter in support of KJR Studios, says that there has been some miscommunication in the issue. "The council will issue an official response after reviewing the documents and consulting with both the parties."