Just like in the second look poster, Vijay is seen wearing a full sleeve jersey, but this time paired with a lungi and soccer spikes

The third look of the Vijay-starrer Bigil was launched this evening. The poster features a backshot of the actor holding a cycle chain. In the background, we can see a riot being controlled by the police force.

Just like the second look poster, Vijay is seen sporting a mix-and-match costume, with a full sleeve sports jersey paired with a lungi and soccer spikes. 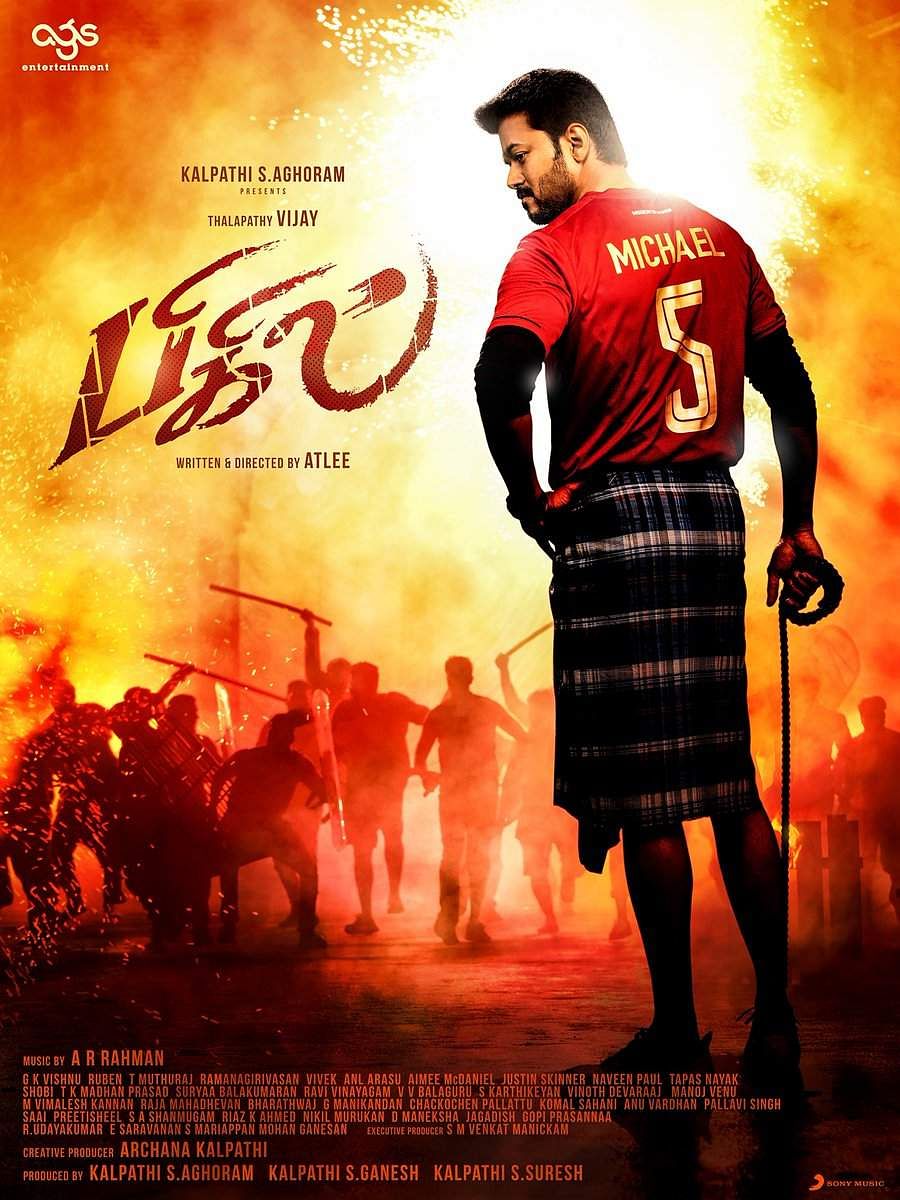 The film is touted to be a sports drama, happening in the backdrop of a fisherman community. With Nayanthara paired opposite Vijay, the film also has a long list of other female actors like Indhuja, Varsha Bollamma, Amritha, and Reba Monica John. Apart from them, Jackie Shroff, Kathir, Vivekh, and Yogi Babu are also part of the film, playing supporting characters.

Produced by AGS Entertainment, Bigil is slated to hit the screen on Diwali. The film has music by AR Rahman and cinematography by GK Vishnu.