Enable Javscript for better performance
Chiyaan Vikram to play 25 different characters in his next with Ajay Gnanamuthu?- Cinema express
ADVERTISEMENT

Chiyaan Vikram to be seen in 25 different looks in his next with Ajay Gnanamuthu?

The first look poster, which was revealed a few weeks back, also had Vikram sporting different get-ups, confirming the same.

We had previously reported that Vikram will be teaming up with Imaikka Nodigal director Ajay Gnanamuthu for his next, which is being referred to as Vikram 58.

Now, we hear that Vikram will be seen in twenty-five different looks in the film, and the getups are being designed by a US-based company. If the reports are true, Vikram will create the world record for playing the most number of characters in a movie in the history of cinema.

The first look poster, which was revealed a few weeks back, also had Vikram sporting different get-ups. The backdrop of the poster has a comic strip, maps, photographs and scientific formula. In addition, Vikram 58 logo was designed to resemble a lizard's skin, possibly that of a chameleon to denote the different faces Vikram's character might have to use in the film. 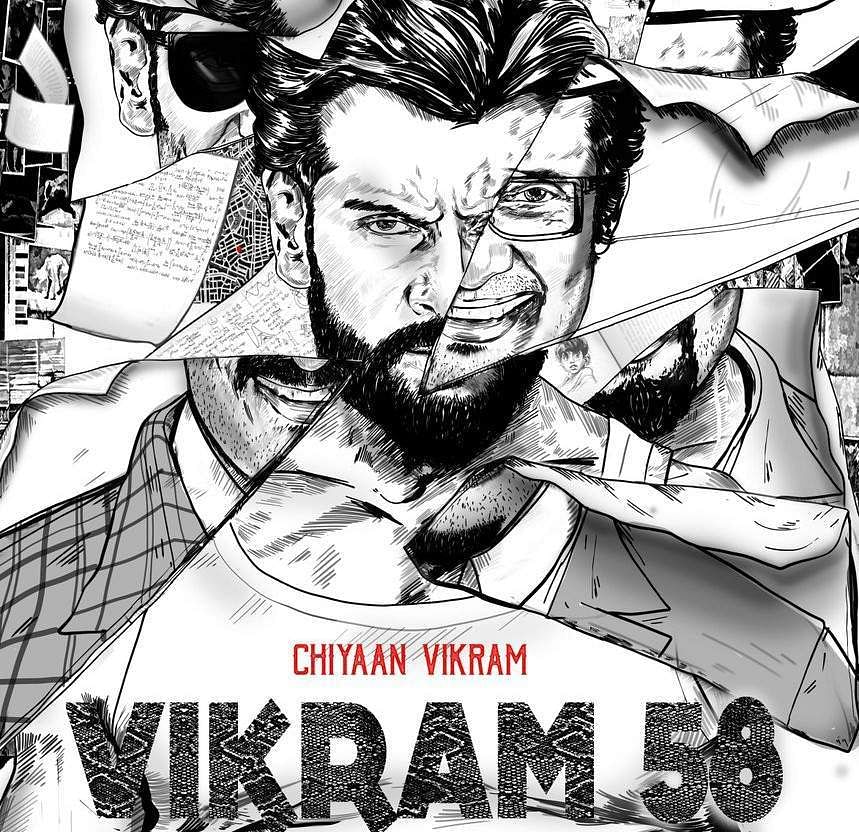 Interestingly, Sivaji Ganesan had portrayed nine roles in the 1964 classic, Navarathri, while Kamal Haasan had donned ten characters in the 2008 film, Dasavatharam. Priyanka Chopra, incidentally, holds the current world record of playing twelve characters in the 2009 film, What is Your Rashee. In Hollywood, Eddie Murphy had played seven to eight roles in Coming to America and The Nutty Professor.

Reports recently suggested that Priya Bhavani Shankar has been roped in to play the female lead in the film. Also, it was officially announced that AR Rahman will be composing the music for Vikram 58.

Directed by Ajay Gnanamuthu and produced by Lalit Kumar of Seven Screen Studio and Viacom 18 Studios, the project is set to go on floors in August.