Breaking: AR Rahman to compose for Vikram 58, Chiyaan Vikram's next with Ajay Gnanamuthu

We had previously reported that Vikram will be teaming up with Imaikka Nodigal director Ajay Gnanamuthu for his next, which is being referred to as Vikram 58.

It has now been made official that the music of Vikram 58 will be scored by AR Rahman. Director Ajay Gnanamuthu took to Twitter to reveal the news.

AR Rahman has earlier composed for Vikram's films like Puthiya Mannargal, I, and Ravanan.

The first look of the film was released couple of months back, which had Vikram sporting different get-ups. The backdrop of the poster had a comic strip, maps, photographs and scientific formulae. The Vikram 58 logo was designed to resemble a lizard's skin - possibly that of a chameleon - to denote the different faces Vikram's character might have to use in the film. 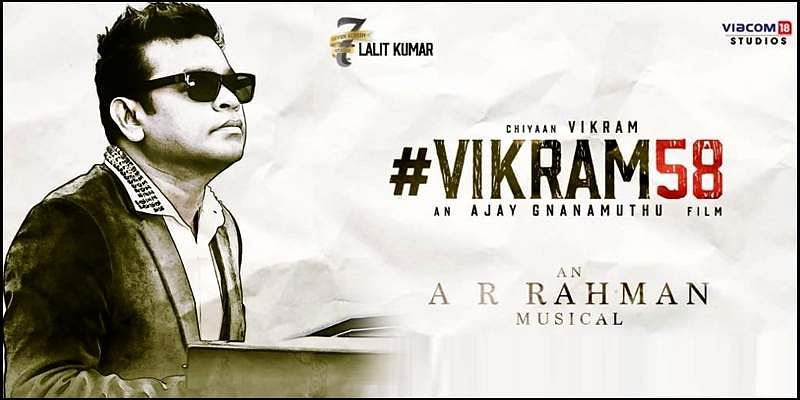 Said to be an action thriller, the yet-to-be-titled film will go on floors next month and will be hitting the screens April, next year. Lalit Kumar of Seven Screen Studio and Viacom 18 Studios are co-producing this venture. A source from the unit says it will be a pan-Indian project, with a cast and crew drawn from different film industries. Currently, in the pre-production stage, the film will be made in Tamil, Telugu, and Hindi.