Last Summer Movie Review: Charms you through its beautiful depiction of an adolescent's journey

The sensitive, subtle writing makes it hard not to ruminate through the doses of nostalgia, empathy, and heartbreak that this Turkish coming-of-age drama offers

The garden of adolescence never waited for anyone. There are thorns that you were always bound to step on. That's the only way to the long seashore beyond called adulthood. Last Summer (Geçen Yaz) pushes its protagonist into that garden and lets us walk along with him. 16-year-old Deniz (Enver Ceylan), along with his family, travels back to Bodrum, his hometown, to spend the summer vacation. There, he meets Asli (Ece Çeşmioğlu), his childhood crush and a friend of his elder sister Ebru (Aslıhan Malbora). As days go on, Deniz's feelings for Asli grow on to like that of a roaring tide in an unstable, lonely ocean.

The film doesn't take long to show how Asli and Deniz feel about each other, but it never puts a finger on what they feel. Asli doesn't show much than her surprise that Deniz has aged to become this young man. She is excited to spend time with him. For Deniz, it's much deeper than it looks, and as much as it has to do with Asli, it's also the town.

Bodrum has no place for boredom. In the mornings, it's a beach spot to chill, swim and explore, and in the nights, it becomes a wild place that refuses to sleep. Yet, this is the place where Deniz has to branch out and come to terms with the strange, new feelings within him. He also has to brace through the intimidating older crop of men and women. In fact, it takes quite some time to digest how the film sees its other characters. Except for the holier-than-thou Deniz, most people seem like intimidating brats. And amidst all that noise, Asli looks different to his eyes. She is explosive, carefree, and quick to chase whatever she feels - in many ways, she is what he aspires to be. The raw and subtle expressions of these universal feelings, boxed within a small town, are early signs that there is more to be offered. 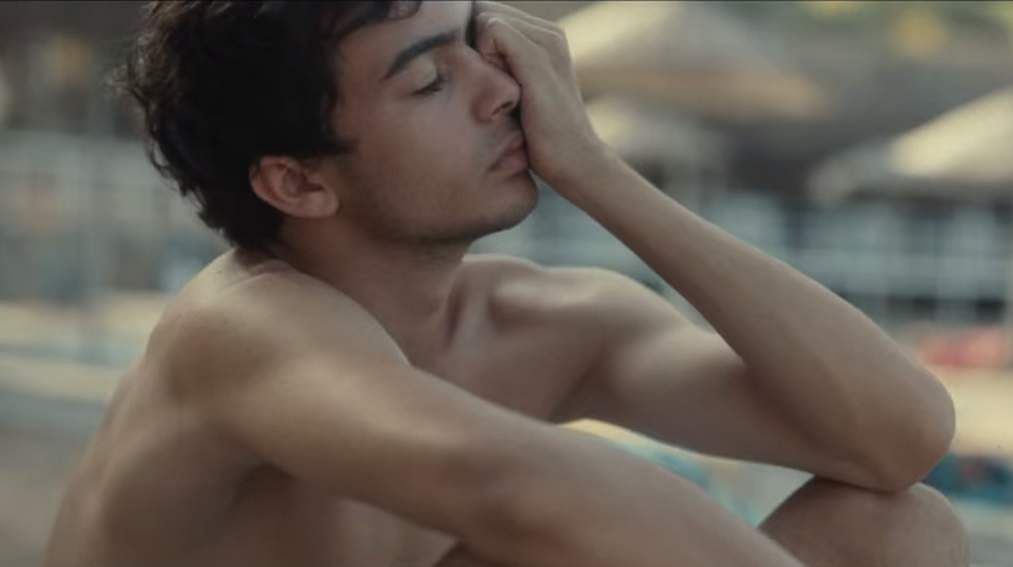 However, Deniz's smooth sail turns tumultuous when Ebru's boyfriend's best friend, Borak (Halit Özgür Sarı) comes in between him and Asli. He enters like a high-speed freight train, and Deniz's life is shaken. The situation grows up to break Deniz's heart. He lets himself be taken into this 'push-and-pull' equation with Asli. At one point, he lets it all out and asks her, "What does it take to charm you?" The innocence reaps pity and we just smile at him.

The most overwhelming part of this sensitive tale is to face the fact that in many ways, Asli uses Deniz. When one thinks about how Borak asks Deniz if he's Asli's purse, we are no longer sure if he's wrong.

Deniz's only way to get closer to Asli is to go on a night out with her. He chases the memory of how they felt in an earlier scene at the beach when they were alone. His pursuit breaks him more, and through all that, Deniz begins to feel much older. Like his sister, we can feel his evolution quite evidently.

Whether it is this grounded portrayal of a teen' evolution, or the depiction of an adolescent coming to terms with the sexual feelings within him, or the exotic location and the orange/blue tint in the visuals, Last Summer does remind one of Call Me By Your Name. There's even a father of the protagonist who comforts us with just one sequence in the end.

At Deniz's age, the garden looks like a boulevard, and the thorns are often left by the ones who crossed it. This is suggested as a metaphor to the wound that Denizs suffers during the early few minutes of the film. When his dad speaks about how important it is to listen to yourself, let yourself feel your emotions, and take care of yourself, Denise removes the scab over the wounds, and the wound now seems to have healed.

The film is filled with such metaphors. Throughout the film, Denize tries to balance an object over one another. In an unstable, unreliable world, he floats on the water looking at the vast sky, knowing that even the view of the sky is never the same.

When we reach the end, we see Denise as an individual who has begun to embrace himself. The cherry on the cake is that it still isn't the end of the road. Deniz still seems to want to choose a love that he is used to chasing. The scene towards the end, when Asli and Deniz meet in the water is immensely poetic and so perfectly fits as the last piece in this puzzle called Deniz.

The story of Deniz and Asli is one sure to stay. Though Last Summer is set in the 90s, Deniz and Asli may not be so different from the teens in 2021. Maybe that is why, when Deniz smiles or hurts, we indulge in that world for some more time, through each of the beautifully shot frames in the film. The background music and the peppy songs are added flavours.

Last Summer's biggest success would be if it makes an adult look back at their teens and smile. Well, this charming Turkish film made me grin from ear to ear.