What if your husband is a narcissistic sociopath, and also a pathbreaking genius in optics, and the only way to break up with him is to sneak out of the isolated, heavily-secured, ultra-modern mansion? Cecilia (Elisabeth Moss), the protagonist of the most recent adaptation of HG Wells' novel, is stuck in one such relationship and the film opens with the nail-biting sequence of her escape from her husband, Adrian Griffin (Oliver Jackson-Cohen). We know nothing about this couple, or what Adrian is capable of should he wake up, but director Leigh Whannell moves us to the edge of the seat and we hold our breath hoping the monster doesn't wake up. What is also brilliant about this sequence is that it pretty much sets up the whole story without using a single word.

Even after escaping her husband and receiving news about his suicide, things only go from bad to worse for Cecilia when she realises the truth — Adrian is not dead but has become invisible. Here, the film treads the usual route of the protagonist trying to make others believe that something supernatural is happening and begging them to take a leap of faith. Though we have seen many characters do the same in numerous films, it doesn’t feel redundant here thanks to the gut-wrenching performance of Elisabeth Moss, which makes you completely invest your emotions.

In fact, The Invisible Man is Elisabeth Moss’s show all through. We spend little screen time with other characters, including the villain, whose face we don’t see much. So, Moss does all the heavy lifting here. The film starts from Cecilia's escape and I particularly loved how Moss makes us feel for her though we haven’t seen the previous abuse she has endured. When her friends ask if Adrain hit her, she says, “Among other things.” And when she says her husband even made her think as he wished, we realise the abuse is more psychological than physical. 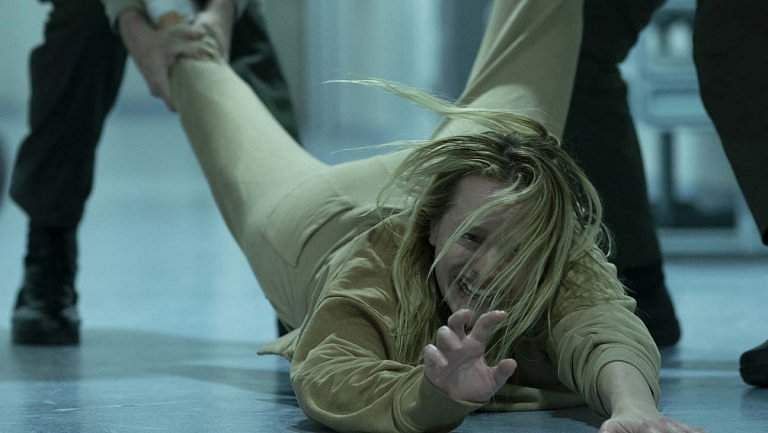 The film constantly reminded me of Season 1 of Netflix’s Marvel series Jessica Jones, where the titular heroine is controlled by the supervillain Kill Grave, who can control people around him with words. Both these works delve deep into the post-traumatic stress disorder of their leading ladies, who are forever changed by the impact of their extremely abusive relationship. But unlike Jessica Jones, a lot of things are at stake in The Invisible Man as the film doesn’t play it safe with the lives of its characters. 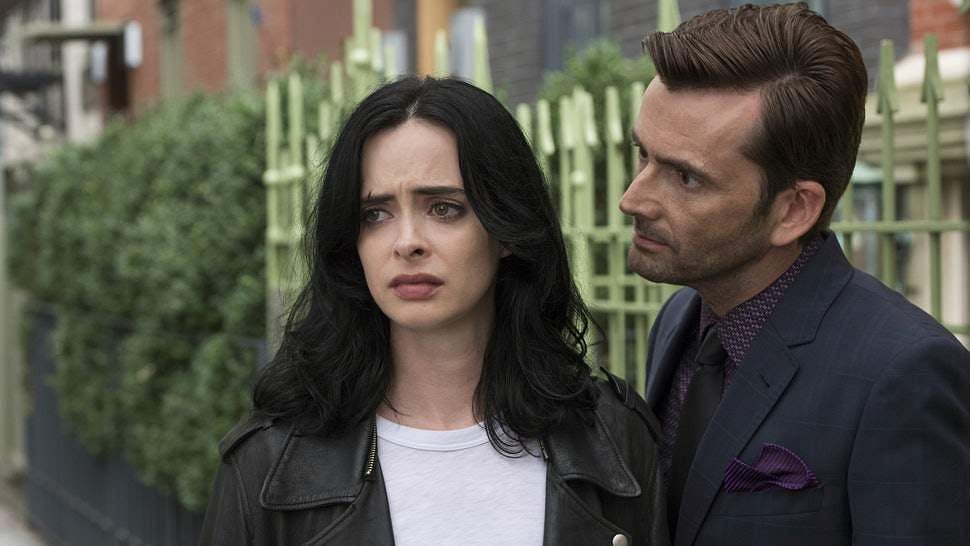 (A still from Jessica Jones)

More than the straight forward storyline of a monster trying to haunt a hapless girl, there is something else at play here. The Invisible Man is also a story of a woman, who has been gaslighted and manipulated to believe that she is the one at fault always. The word ‘invisible’ could also mean the subtle and elusive exploitation that exists in an abusive relationship that is not visible to anyone but the people involved in it.

These undertones are not just superficial layers but become an integral part of the story. For instance, with such fortune and charisma, Adrian could get whomever he wants and that’s exactly what Cecilia screams out loud — “Why me? I am just a suburban girl.” And even with the incredible power of invisibility, he doesn’t do anything other than stalk his wife and make her life a living hell. We get answers to all these eccentricities of Adrain from his twin brother Tom Griffin (Michael Dorman), who reveals that nobody has walked away from his brother so far except her. So, this is all about a man’s hurt ego. This depth makes The Invisible Man much more than yet another monster movie.