Operation resurgence-Film production during the times of a pandemic

With the Covid wave bringing the film industry to a grinding halt again, here are producers and directors from across regions sharing their plans and a roadmap for the way ahead

With the nation suffering from a second iteration of the pandemic, everything has come to a standstill once again. The film industry is particularly affected, and if there’s a word on the lips of every filmmaker and producer out there, it’s ‘uncertainty’. “It’s all uncertain right now. Scientists are saying that the second wave could last till August and that a third wave could hit us in November,” says Tamil producer Dhananjayan, who has postponed his plans of starting work on two films. “I had told others also to be careful about kick-starting new projects, and as I predicted, the cases have gone up again.” He says that those who have completed shooting are able to make progress with post-production and potentially go on to sell to OTT platforms. “Those who haven't completed the shoot are in big trouble as a lot of money is at stake. A work-in-progress film has no value. Some, who were affected by the first wave, have been more cautious this time.” 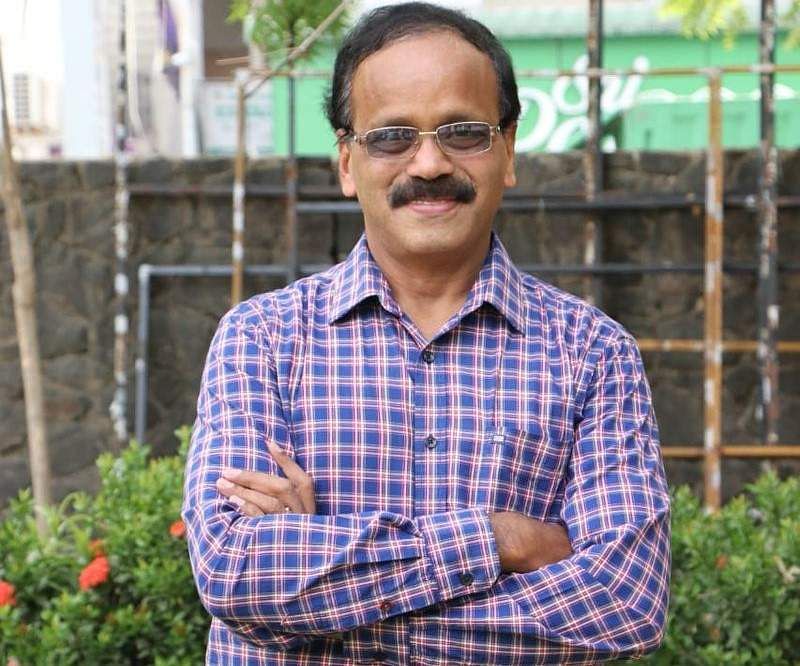 Tamil director Vishnuvardhan, who is making his debut in Bollywood with Sidharth Malhotra's Shershaah in November, agrees the futility of making decisions right now. “We are playing the waiting game. I believe everything depends on the capacity of a film’s producers to hold on to their film. Those who can, will ride out the storm till theatres reopen,” says the filmmaker, who goes on to detail the financial strain that many producers are subjected to right now. “Interest charges keep mounting. Producers are just happy to recover their principal investment by somehow selling their films. But we all understand that the times are bad and that we, like everyone else, must abide by the rules," he adds. 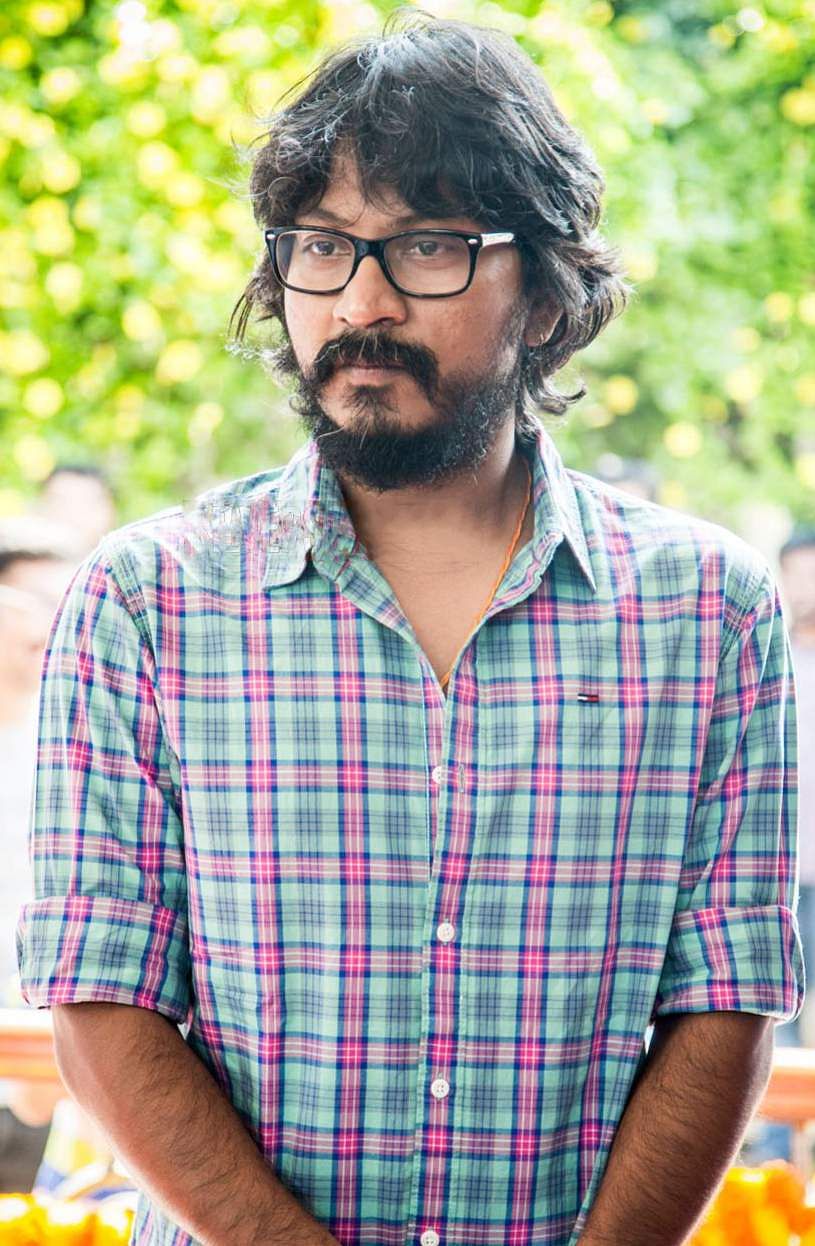 This seems to be the sentiment across the film industry. Telugu director Venu Udugala, whose film, Virata Parvam, is awaiting release, says, “It took three months for the film industry to limp back to normalcy after last year's lockdown. This second wave seems scarier, and I think it will take another three-four months for things to settle down again.” Tamil producer SR Prabhu agrees that the challenge now is to ride out the pandemic. There’s another lesson, he says. “Henceforth, we have to remember to work on both theatre and OTT releases together.” 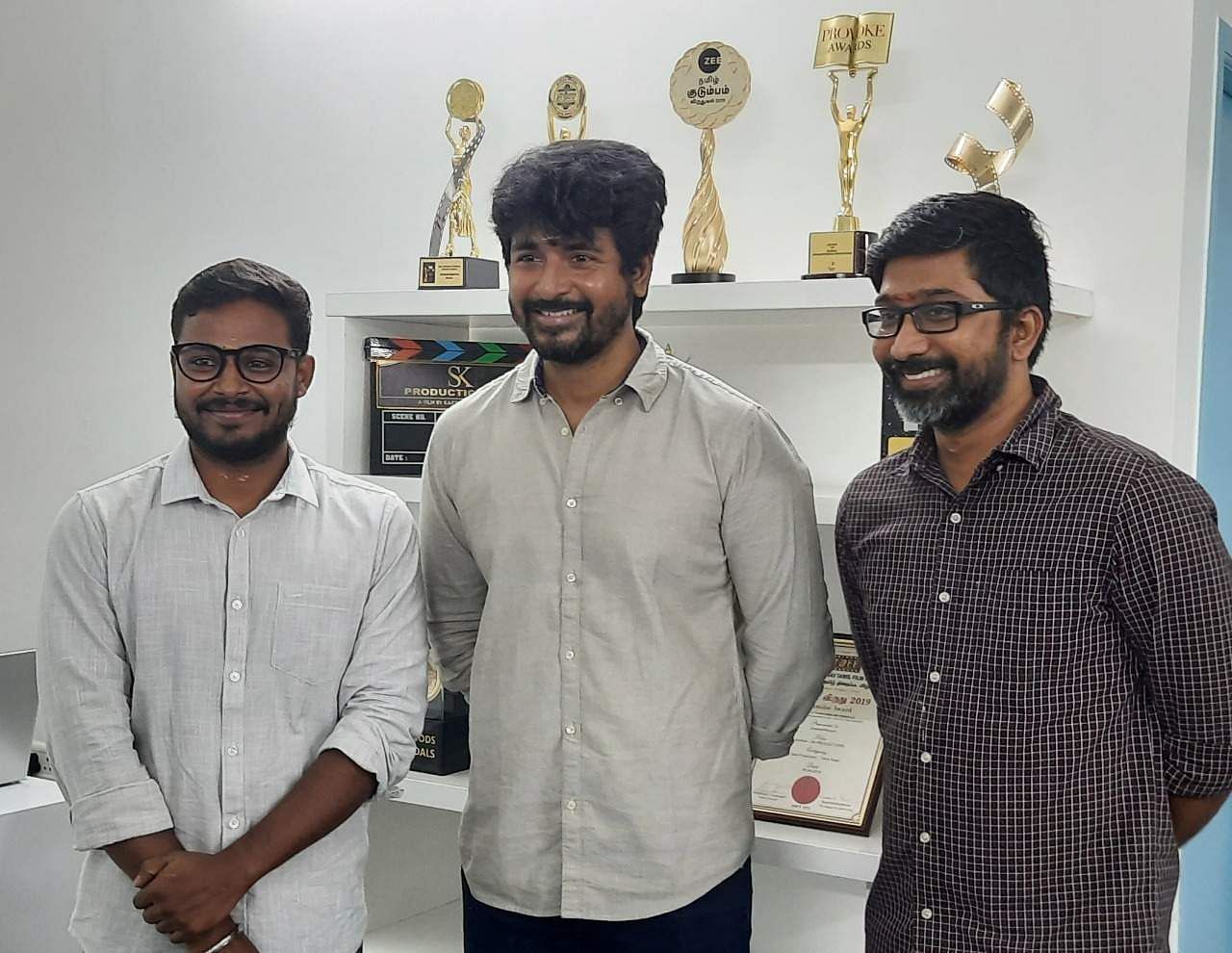 It’s important in the present climate to prioritise the safety of the cast and crew members, says debutant director Cibi Chakaravarthi, who is working with Sivakarthikeyan on their upcoming film, Don. “Two of our staff members passed away due to the virus. This has affected all of us and we are only left with the hope that the situation improves soon. We will be keen on having every crew and cast member vaccinated before we work again. The production team has asked everyone to take leave for a month and stay safe with our families." 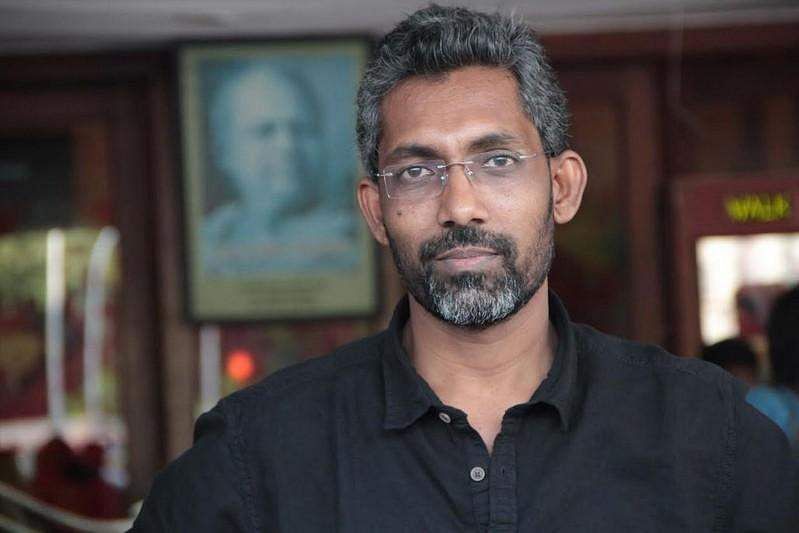 Marathi director Nagraj Manjule (Sairat), who is awaiting the release of his Bollywood debut, Jhund, is not thinking about film releases right now. “The country is in an extremely difficult situation. It would be selfish now to worry about my film. Having said that, all I can do is hope that things get back on track soon." Cibi, who has completed 40 per cent of his Tamil film, is praying for the same. “Right now, we have no idea when we will be getting back on the floors. Only after the lockdown gets over can we think about resuming work," says the young director. “We had planned to travel across several States for the remaining shooting, but now, I'm not sure what complications we should expect. The State governments may have several restrictions governing film shootings. We hope to begin work from the first week of June.”

While this is the case with unfinished projects, what about the long list of films that await their release? Kannada producer and distributor, Manjunath Gowda, shares that the industry has devised a system that is beneficial for all the stakeholders. “Once the lockdown is over, we will be scheduling a gap of three weeks between the release of each major film. We have films like Salaga, Kotigobba 3, Bhajarangi 2, KGF Chapter 2, and Vikrant Rona set to release in this order, apart from the small films that will find their way to theatres. The dates are not fixed yet, as there is still some uncertainty over the situation.”

Venu Udugula agrees that the Telugu releases should be planned methodically too. “We hope to get a release over a long holiday weekend so that a film can break even during its first weekend; if we figure this out early enough, we can avoid possible clashes with other films as well. This will also enable the distributors to block theatres in advance," says Venu. 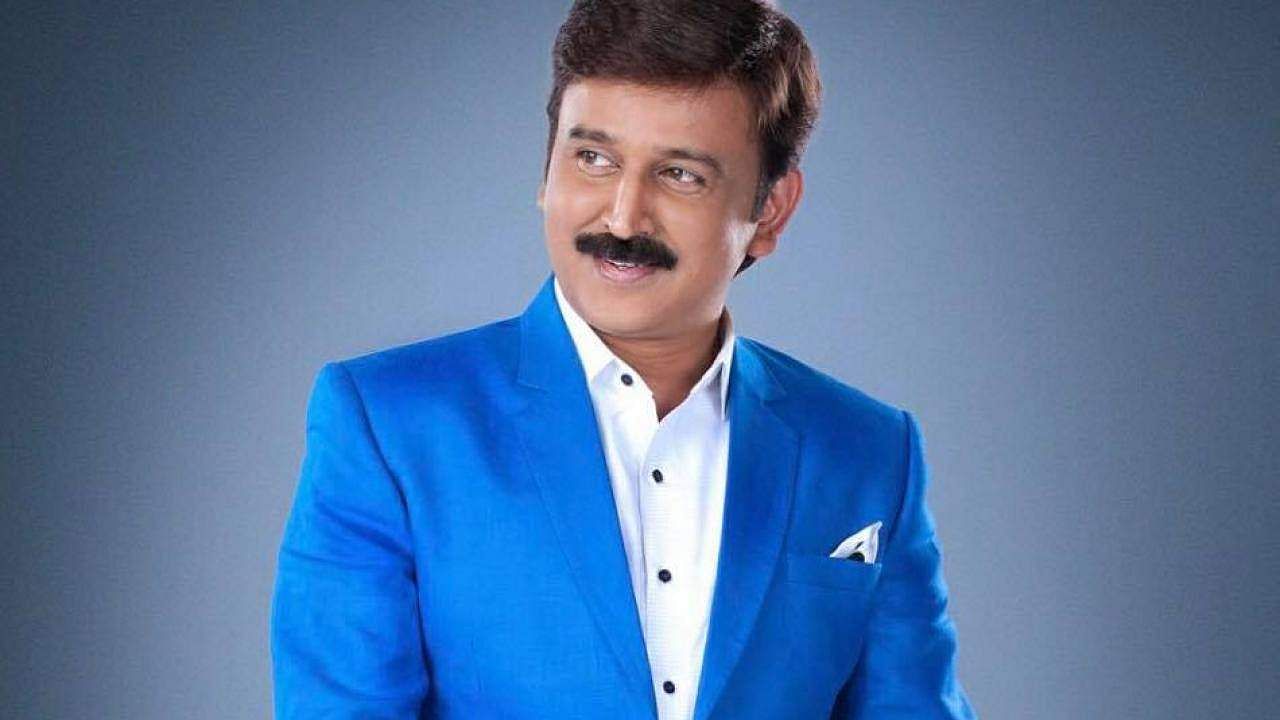 Kannada actor-director-producer Ramesh Arvind is looking forward to the release of his next directorial, 100, and also the commencement of shooting for his sequel of Shivaji Surathkal. He says, “Small and medium budget films will start rolling soon after the lockdown. Hopefully, by the time the shoot and post-production work gets over, the Covid vaccination drive will make progress too and make the whole process less risky. Big-budget films with too much at stake may choose to wait and watch.” Many makers of big-budget films don’t seem willing to go the OTT way. Malayalam producer Sukumar Thekkepat, who is bankrolling Nivin Pauly's Thuramukham, believes that an “epic like Thuramukham deserves to be seen on the big screen”. For now, he is willing to wait. “After seeing how the situation plays out in two weeks, we will make a decision.” 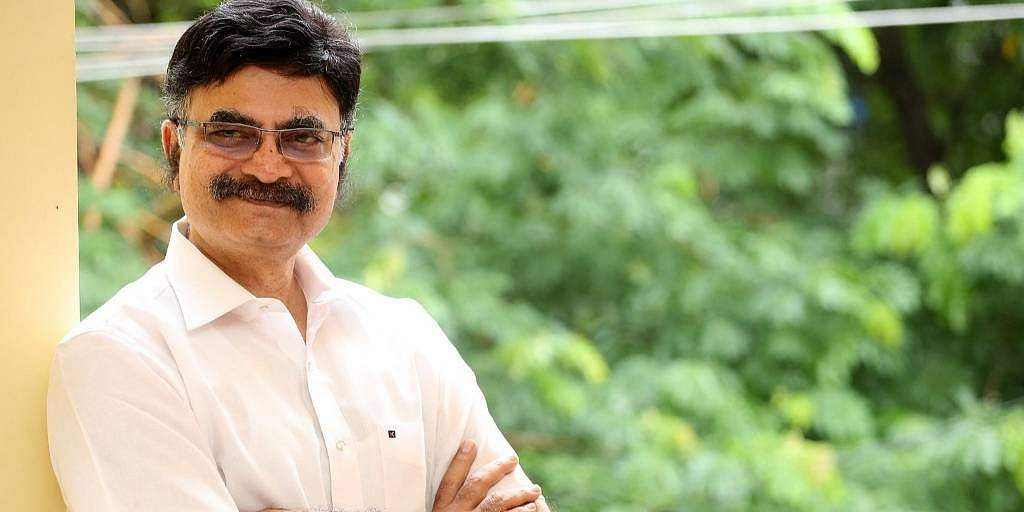 Telugu producer Koneru Satyanarayana, who is awaiting the release of Ravi Teja-starrer Khiladi, is also banking on the big screen experience. “We had planned to release Khiladi on May 28, until the sudden surge in cases made us postpone the release,” he shares. “Our film was conceived for the theatres, and we are in no rush to announce a new release date.” Vipin Kumar, a representative of Prithviraj Productions whose Malayalam film, Kuruthi, got postponed from its original May 13 release date, says, “We are discussing an alternative plan. We will be announcing it soon."

Sources state that makers of films like Mohanlal's Marakkar, Fahad Faasil's Malik and Dulquer Salmaan's Kurup are all keen on theatre releases as well. Director Vishnuvardhan deems the theatre experience essential for the health of all film industries. “Like Vijay’s Master did in Tamil cinema, a star vehicle serves to bring audiences back to the theatres," he points out. 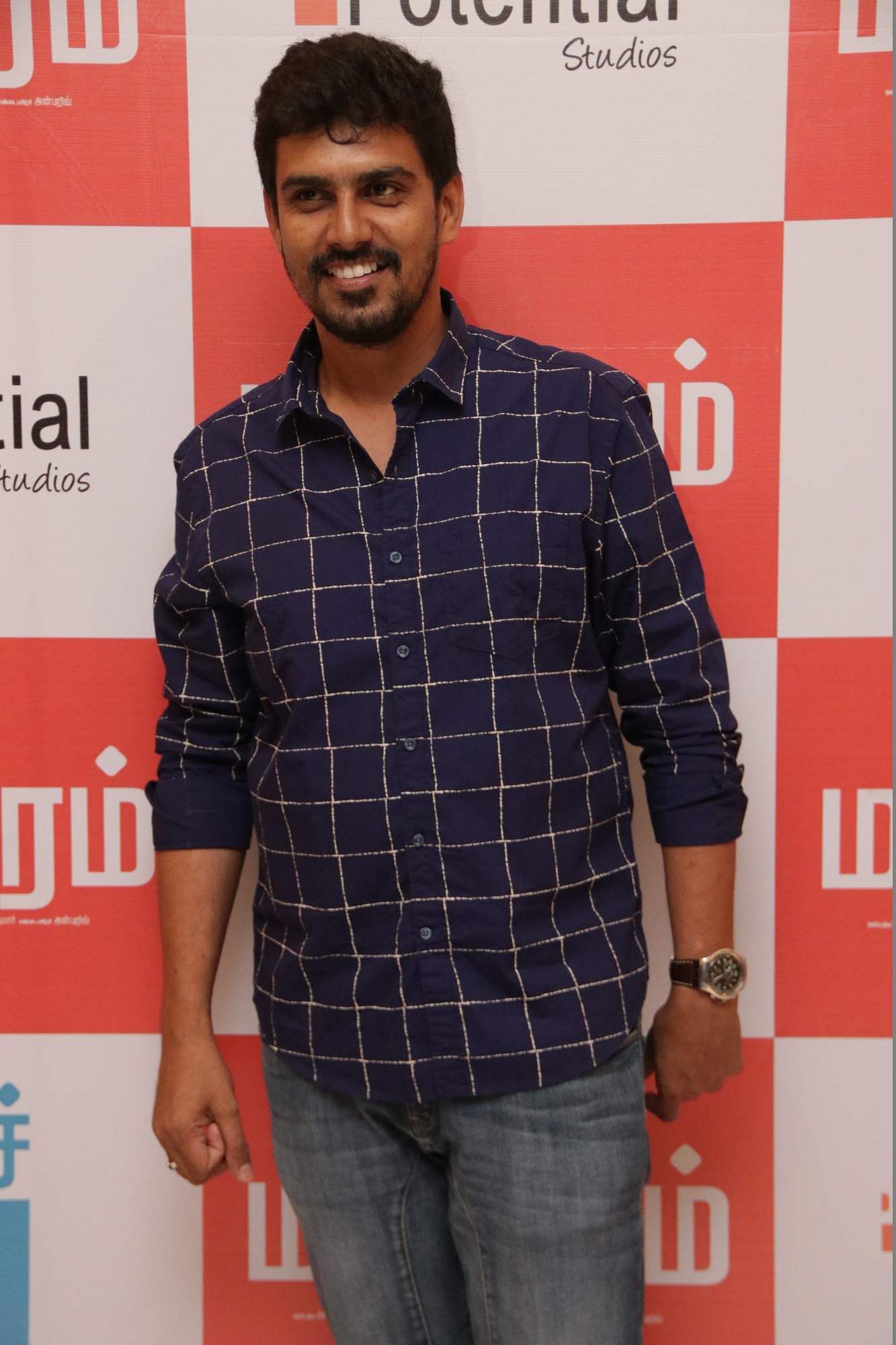 Producer SR Prabhu hopes that all the film industries will unite to help each other out during this difficult time. Dhananjayan agrees and hopes that normalcy can resume from at least July. “Films can start releasing in theatres from August then. Even if the 50 per cent occupancy rule is implemented, it would still be manageable. The cases in the North have come down in the last few days, and with the lockdown implemented in many States, we hope for things to get better.”

(With inputs from A Sharadhaa, Murali Krishna CH and Sajin Shrijith)