Paper cinema amid a pandemic

With the pandemic affecting film promotions, and an important wing of it—flex banners and wall posters—we speak to prominent players in this space to learn about survival strategies and future plans

On account of the pandemic, film promotions have been reduced to a trickle. Social media, which would usually be swamped with first look posters, motion posters, teaser announcement posters—you get the idea—isn’t exactly a hotbed of promotional activity at the moment. If such be the case with the digital world, what’s going on with those surviving on flex banners and wall posters? Thirumal, whose company prints and assembles flex banners and cut-outs—the likes of which you can see towering in theatres—is an old name in the business. “The how of the business has changed over the decades. The legendary Sivaji Ganesan would once have to go to a studio with full costume and make-up, and sit for hours, as painters would paint the first copy of a poster,” remembers Thirumal.

With promotions these days largely happening on social media, there are still those in the business who believe that no number of retweets or likes can compete with the appeal of a cut-out or a well-designed wall poster. Mariyappan, the proprietor of Albert Cinemas, deems this business “immortal”. The question is, how are these business surviving the digital boom, and of course, the Covid onslaught? 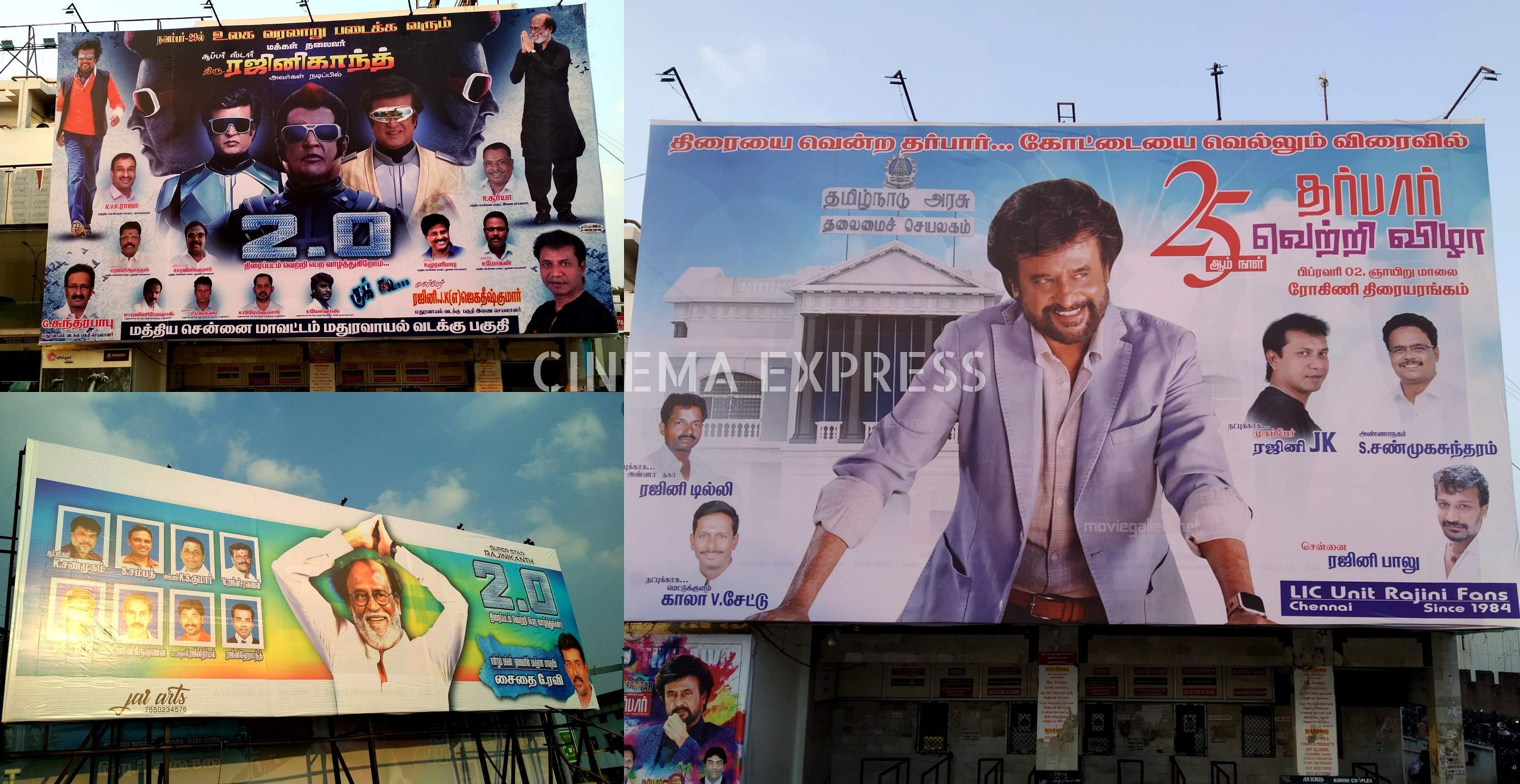 While billboards and theatres posters are handled by businessmen like Thirumal, wall posters that you catch, say, at traffic signals, is a business handled by a different section of businessmen. Among them is a company called Nandu Poster Publicity. It’s a business that isn’t dependent on theatres, and that’s why among the biggest paychecks his company has received came recently from Disney+ Hotstar, when he was invited to promote their Pongal release, Jayam Ravi's Bhoomi. OTT platforms, it seems, are wise to the benefits of wall posters.

Mariyappan notes that wall posters are a cheaper alternative to newspaper publicity. “And of course, not everyone is on the internet," he says, and adds that while posters on social media can sometimes create a feeling of monotony, print posters have a quality to them that attracts repeated attention.

A strict lockdown, of course, affects all businesses. Thirumal’s business, for instances, survives largely on the theatre-going crowd, and on the celebration culture that is such an innate part of the Indian filmgoing experience. “The first point of the celebration for a big-ticket film is when a billboard or a cutout of the lead star is up,” he says. “To add to the celebrations, we always place the head portion of the cutout at the very end; this always results in fans going on a frenzy. Their whistling and enthusiasm motivates us.”

For single-screen theatres especially, flex banners are a big driver of revenue. “It is the main source of advertisement for a film, and consequently, for the theatre as well. It creates a celebratory mood that is hard to put in words. It lights up the theatre space and motivates people to watch the film,” explains Mariyappan. The star culture that encourages this livelihood also sometimes acts as a detriment. For instance, when films of two rival stars get released during the same weekend, posters are sometimes vandalised. When Kamal Haasan's Vishwaroopam ran into trouble, flex banners and wall posters were the first symbols to be torn apart. It is a small, natural risk in the business, says Thirumal. “Kamal sir was gracious to compensate us for the damaged posters,” he remembers. It’s a mutually beneficial relationship, he adds, and Tamil cinema’s stars aren’t oblivious to the importance of this business.

Thirumal remembers many memorable moments over the years. “Sivakarthikeyan spent hours taking in a flex banner of Varuthapadatha Valibar Sangam. Also, when Aramm released, for the first time, a massive banner of Nayanthara was put up outside Jothi Theatre in Alandur. The actor was in awe of this banner and stood rooted to the spot,” he says. Nandakumar (known as Poster Nandakumar), the owner of Nandu Poster Publicity, has had his share of encounters with celebrities over the years. “Superstar Rajinikanth has invited me to appreciate my work many times,” he recounts. Despite the pandemic, there's optimism among both Thirumal and Nandakumar. “Ours is a field with less than 1,000 workers across the State,” the former says, and gets sentimental when asked if there is a fear that many of them could lose their jobs owing to this extended period of cinema inactivity. “We worshipped this business when it gave us plenty,” he says. “It would be wrong to complain about it when it too is suffering.” His faith in cinema is touching and is despite the risk factors involved in the running of his business. “The money we make sometimes depends on the success of the film. Many people pay us only an advance, and when the films fail, never return to pay us the full amount. But we understand,” he says.

Nandakumar may be dealing with a loss running up to lakhs every month, but it’s a business he says he will do for life. “Cinema has given me enough to take care of my workers during this lockdown,” he says. It’s a monopoly almost, he admits, but not one of his own doing. “Earlier, we had ten others like me doing this business, but they have all left this line of work for different reasons. I could well be the only prominent one still in this business,” he says. Thirumal too agrees that this business is oligopolistic. “Our challenge now is to keep our workers motivated and financially secure,” he says.

However, both remain confident that it’s a line of business that will survive the pandemic and lockdowns. “When people are allowed to step out into the roads again, we will make sure that they are in the presence of decorated walls and towering banners.”