CE Year in Preview: The promising ones of Malayalam Cinema 2021

When we made a similar list last year, we had mentioned some titles that haven't been released yet for various reasons, the pandemic being the main one. All hope now lies with 2021. There is already a sense of optimism in the air. The industry has a humungous challenge ahead of them - slotting the pending releases of 2020 (over 100 of them) and 2021. If things go according to plan, we can expect the release of a lot of promising titles.

After Jallikattu, Lijo Jose Pellissery shot a secret project about which no one had any clue. The excitement reached stratospheric levels after the release of the film's trippy-looking trailer. Churuli stars Vinay Forrt, Chemban Vinod Jose, Joju George, Geethi Sangeetha and Jaffer Idukki. 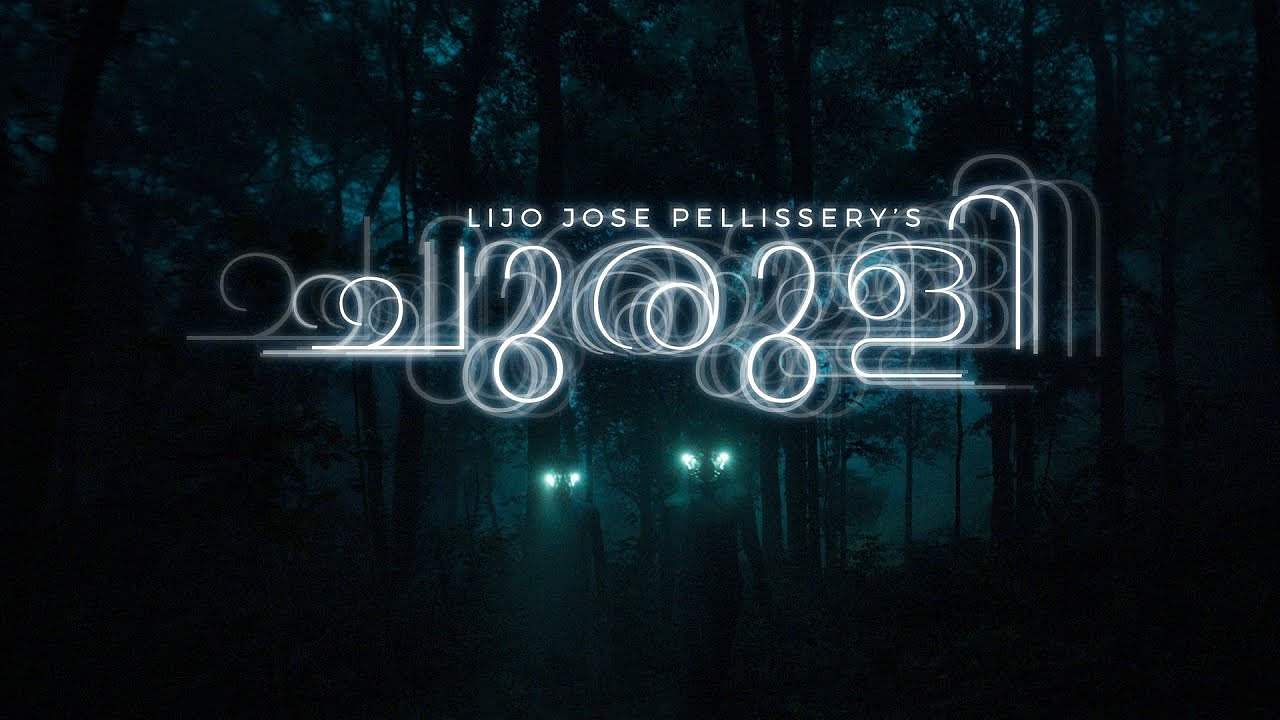 If everything goes according to plan, we may see over five films of Fahadh in 2021. The actor reunites with director Dileesh Pothan and writer Syam Pushkaran for Joji, a contemporary reimagining of Macbeth. Irul, directed by debutant Naseef Yusuf Izuddin, has Fahadh reteaming with Darshana Rajendran and Soubin Shahir. Paattu will have Fahadh collaborating with Premam director Alphonse Puthren and Nayanthara for the first time. The others are Malik, a big-budget historical drama from Mahesh Narayanan; and debutant Sajimon Prabhakaran's Malayankunju, a project which has Mahesh Narayanan as both writer and cinematographer. Fahadh's father, Fazil, is involved as a producer. 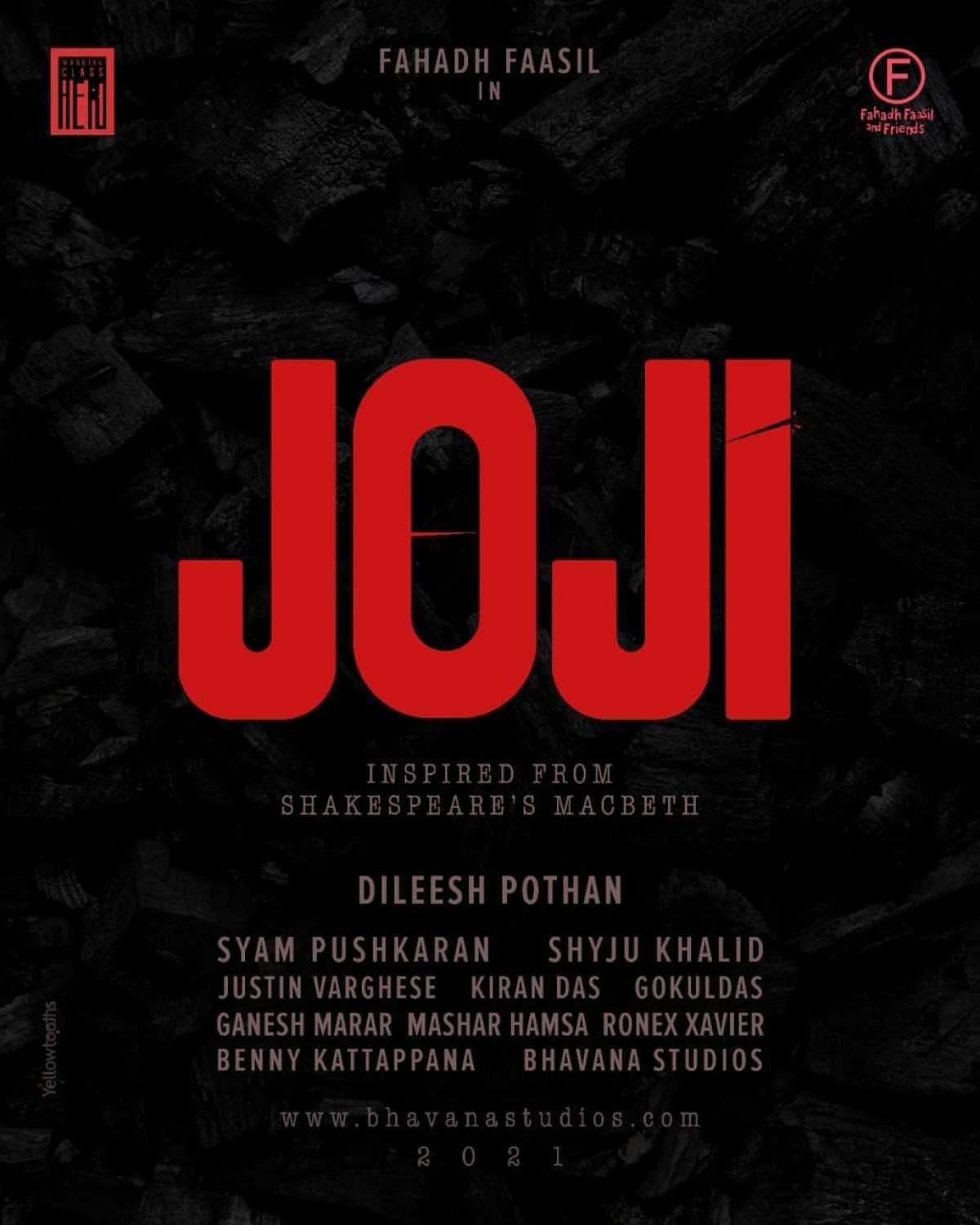 The most anticipated one is Thuramukham, a period epic, which marks Nivin's first collaboration with Rajeev Ravi. The film, which also stars Indrajith Sukumaran, Joju George, and Nimisha Sajayan, will be making its premiere at the Rotterdam Film Festival this year. Nivin also has Padavettu, in which he shares the screen with Aditi Balan and Manju Warrier. The other most awaited title is Kanakam Kamini Kalaham, the second film of Android Kunjappan director Ratheesh Balakrishnan Podhuval. Besides, Nivin has signed Bismi Special which has Aishwarya Lekshmi as the female lead. 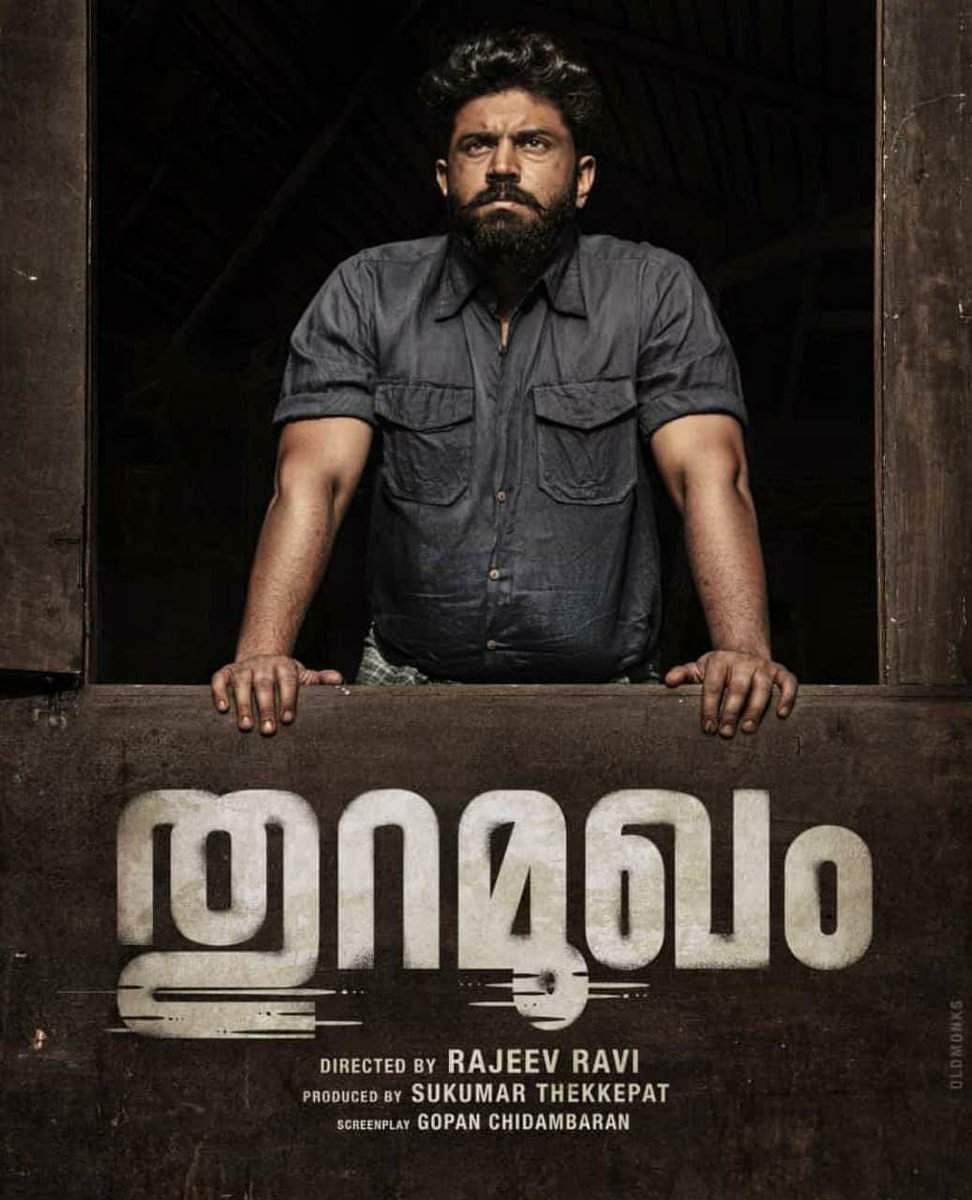 Mammootty has three films coming up, one of which is yet to begin shooting. The actor has completed a political drama titled One and a mystery thriller, The Priest, which also stars Manju Warrier. There is also Bilal, the sequel to Big B, on the cards.

Most of us expected to see the highly anticipated Mohanlal-Priyadarshan epic Marakkar last year. The film was supposed to release in March 2020, and the promotions were in full swing. However, the release got cancelled due to the pandemic. Priyadarshan said recently that the film would be released when the time is right for audiences to come back to theatres. Meanwhile, Mohanlal completed shooting for Drishyam 2 and is now working in director B Unnikrishnan's Aarattu, which also marks Shraddha Srinath's first major Malayalam film.

Kunchacko Boban headlines some of the most exciting projects of this year. The actor has editor-turned-director Appu N Bhattathiri's Nizhal, with Nayanthara; Martin Prakkatt's Nayattu, with Joju George and Nimisha Sajayan; Ashraf Hamza's Bheemante Vazhi, with Chemban Vinod Jose and Chinnu Chandni; and Pada, with Vinayakan, Dileesh Pothan and Joju George. 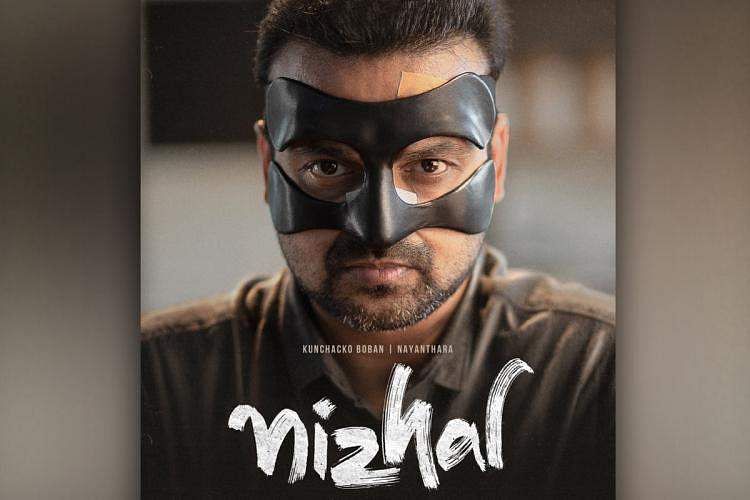 Asif Ali has multiple releases lined up, some of which are currently filming. The most anticipated one in the list is director Rajeev Ravi's police drama Kuttavum Shikshayum which completed filming recently. Asif is also in a campus drama, Kunjeldho, directed by RJ Mathukutty; Sibi Malayil's political drama Kothu, with Roshan Mathew; Mridul Nair's Thattum Vellaattam, with Soubin Shahir, Lal Jr and Saiju Kurup; and Jibu Jacob's Ellaam Sheriyaakum. Tovino's lineup includes Rohith VS' action-adventure Kala; Manu Ashokan's Kaanekkaane; Basil Joseph's Minnal Murali; Aashiq Abu's Naradan; and Sanal Kumar Sasidharan's yet-to-be-titled film. The actor has completed both Kala and Kaanekkaane and is currently filming the Sanal Kumar film. He has also shot for some portions for Minnal Murali, a pan-Indian superhero movie. Shoot for the latter has been put on hold owing to pandemic-related complications. Naradan, on the other hand, will see Tovino and Anna Ben sharing the screen for the first time. 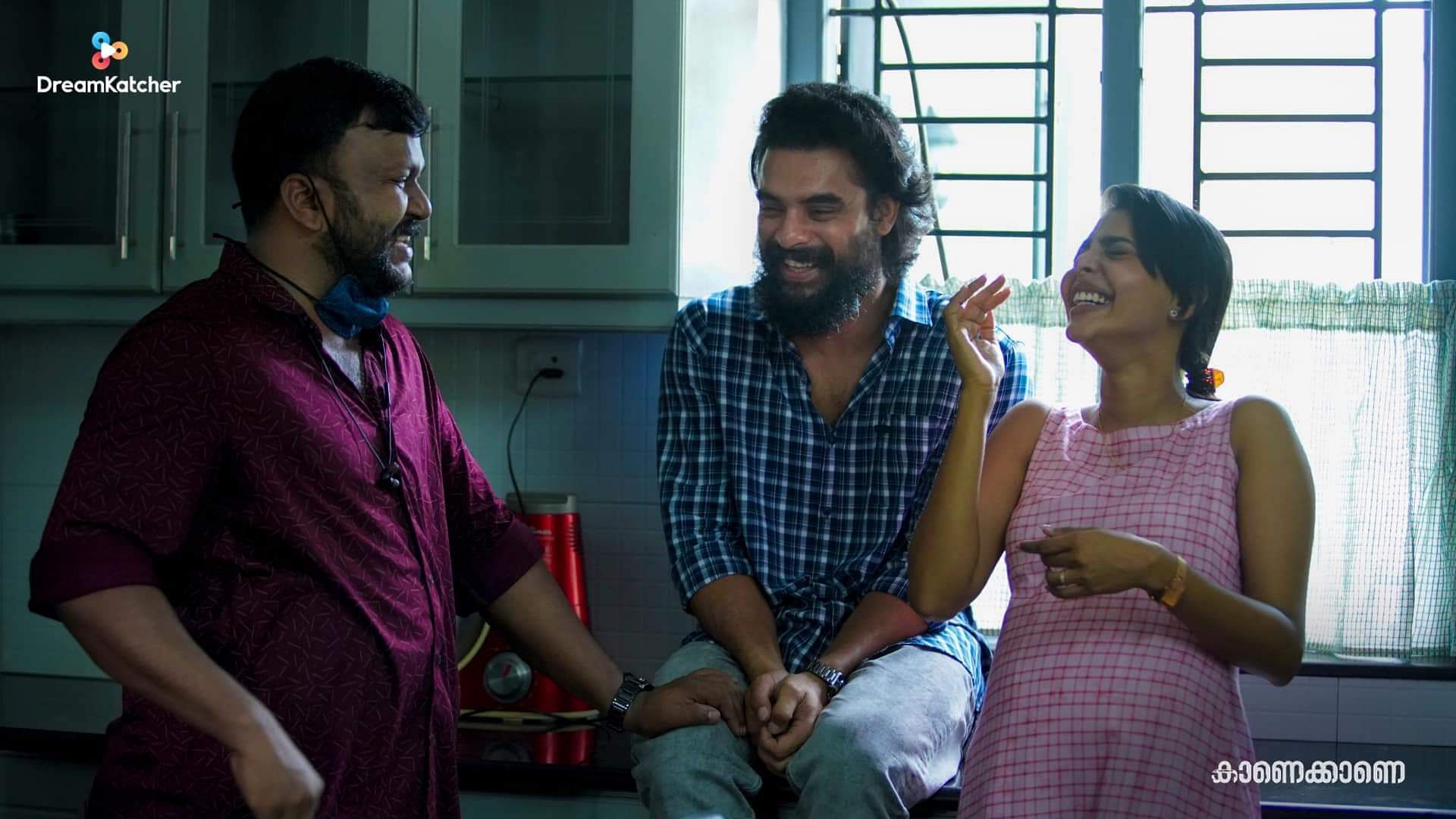 Aishwarya Lekshmi will have two solo lead projects this year - Archana 31 Not Out and Kumari. The former marks the directorial debut of Akhil Anand, who is known for the short films Devika +2 Biology and Avittam. Filming is currently underway. Meanwhile, pre-production work has begun for Kumari, the second feature of Nirmal Sahadev, who directed the Prithviraj-starrer Ranam. The team is likely to shoot in March. 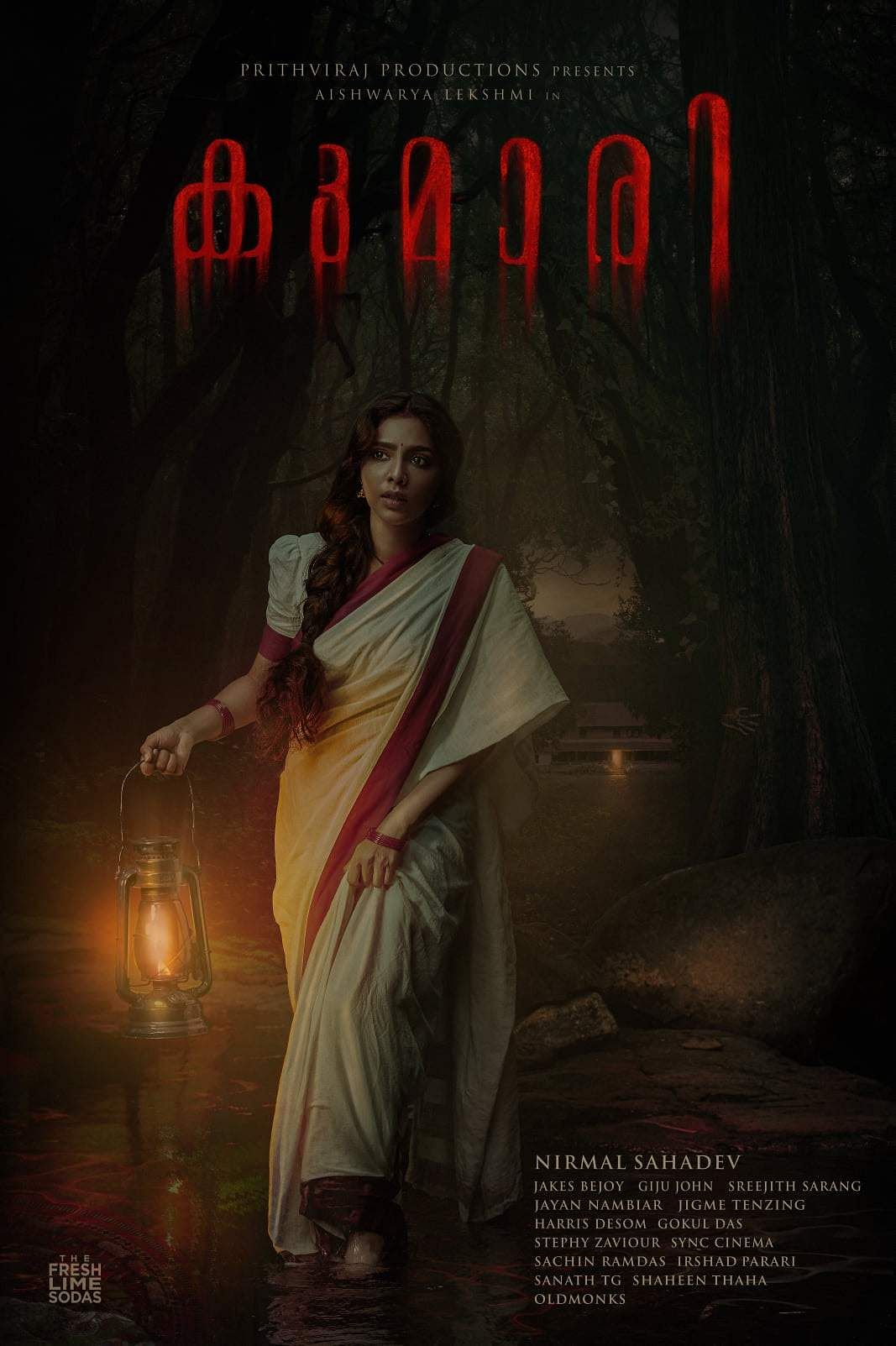