Frame-by-frame dissection of the trailler, with lesser-noticed details

The much-anticipated trailer of Vijay's next, Bigil, has finally landed and director Atlee has opted for a longer featurette, which runs for 2 minutes and 42 seconds. The trailer puts an end to the long-drawn discussion over the number of roles played by Vijay, confirming that Bigil is the story of a son and his father, named Michael and Rayappan, respectively.

The film was initially said to be titled Captain Michael, with the acronym CM allegedly alluding to Vijay's political intentions. Well, turns out there was some evidence to support this after all, as the frames of Vijay wearing the band with the initial C show that he is indeed Captain Michael.

Vijay had mentioned in the audio launch that he had fun learning football with the crew during the shot-breaks. Seeing him ace the bicycle shots with ease, we can say that the actor has had fun playing a footballer on-screen too. And full points to the ones who had guessed that Kathir and Yogi Babu are his teammates!

Nayanthara is introduced in a wedding gown — probably, a callback to her first frame in her re-entry film, Atlee's Raja Rani. Though her character is not named in the trailer, she is, reportedly, named Angel in Bigil. In the wedding scene, Michael is just one of the attendees in the church and not the groom; which most likely means that he is there to shout a nay in the congregation and walk off with his ladylove. We also get to see her take a pot-shot at Vijay's real-life choice of films, saying that he has become heavily reliant on the action genre these days, and has completely forgotten his Kadhaluku Mariyadhai days.

Reading this, you might think this isn't the order in which the trailer unfolds. Well, I thought I'd go in the chronological order, where he transforms from an energetic footballer to the strict 'rowdy' coach, we see in the initial frames of the trailer.

Every man has a past, and not all stories are happy ones. This would resonate stronger if you consider the flashbacks of Atlee's previous works. All his films feature a trigger event for the protagonist to open up about his tragic past, and here it seems to be a loss of lives from his own kin. The frame where he opens the box of some old memorabilia, I believe, will be the inception point of the story that answers why he became the man he is. 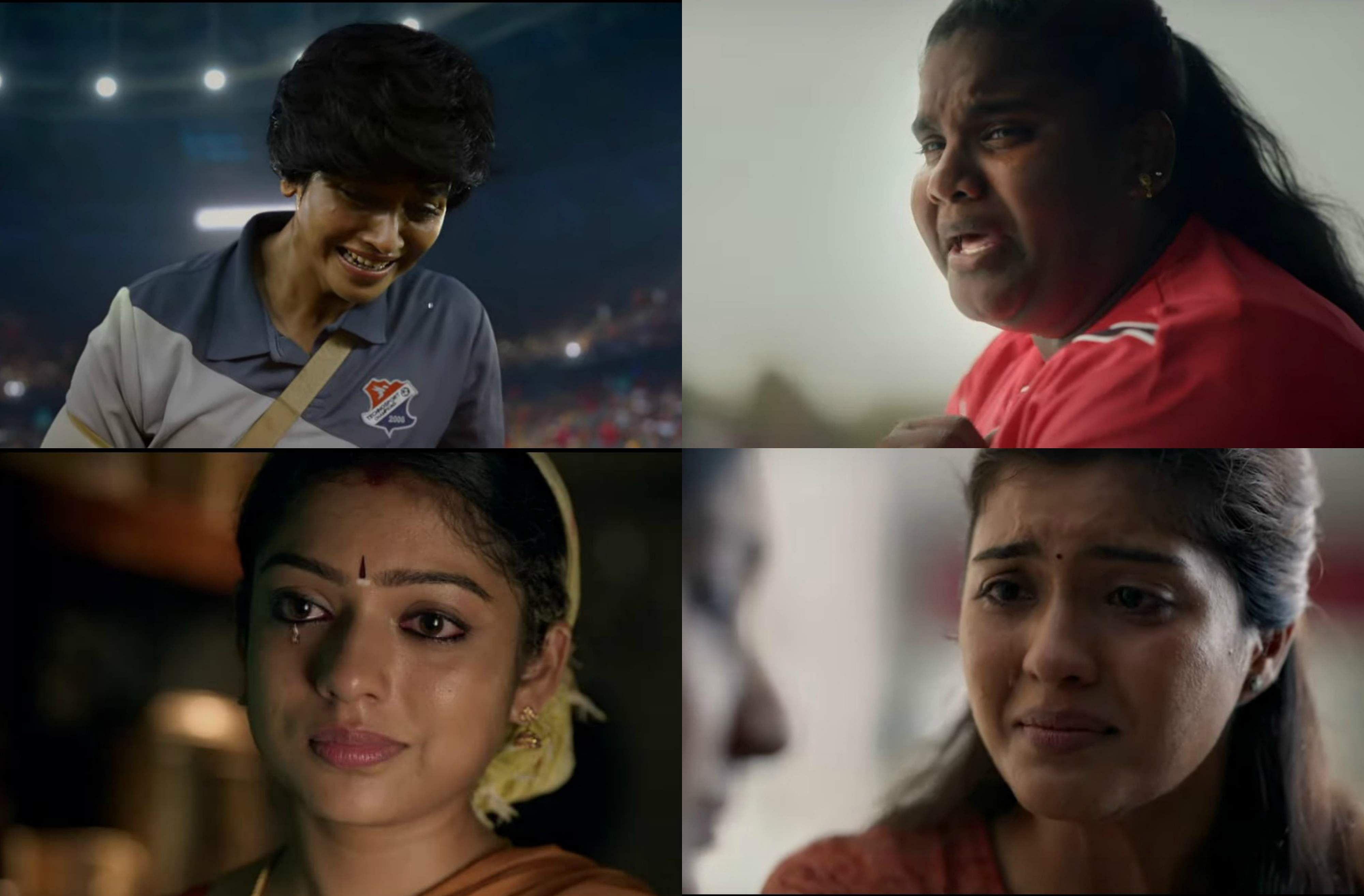 As most of you know, Bigil isn't just an all-Vijay-show. The film also focuses on the journey of an underdog, girls football team towards glory. And as all such tales go, the path to glory is filled with tears. I suppose every player in the team represents the obstacles women face in life like body shaming, moral policing, abusive relationships, forced marriages, economic struggles, and so on.

The frame where a girl places a pile of medals over a graveyard indicates that truth will triumph for sure, and the team will win the finals. But, on second thought, the film might end with a huge sacrifice from the good guys as the candles clearly show that it's a Christian cemetery (hope you remember that Vijay plays Michael and Rayappan, and Nayanthara's character name is Angel). Connecting the dots gives us a tragic picture, but is that the real case? You never know!

We also have easter eggs for football lovers like the Messi sticker on the wall of Michael's room that reveals that he is a fan of the Argentian player and not CR7, Cristiano Ronaldo. But the major treat is for Vijay fans, as the film is filled with references to his previous hits like the chewing gum scene in Theri, bike ride episode in Sarkar, and the famous vesthi-fold-jump from Mersal. Hey, there's also a mandatory dialogue to make the 'pullaingos' happy.

Coming to the father character, Rayappan, the excitement peaks right from the point he enters the frame in a Kaala-esque sequence, where goons corner him hoping he is just another 'perusu'. But it doesn't take the gang long to realise that appearances are deceptive as the middle-ager launches the first hit coupled with a sarcastic "senjita pochu."

This isn't the first time Vijay is playing the father-son duo in a film. He had done it previously in Villu and Puli. As most of us can recall, both the roles fetched him harsh criticisms. But, going by the trailer, it is safe to say that he has done his homework right this time.

The trailer ends with the salutation "Happy Diwali nanba," and we have enough reasons to hope that Atlee is going to give us a dynamite of a film, more powerful than the one that blasts towards the end of the trailer.