With Annabelle Comes Home releasing today, we collate the famous dolls of Hollywood that have terrified us over the years

If last week’s release, Toy Story 4, showed us how toys can be bundles of joy that spread positivity and happiness, this week’s Annabelle Comes Home showcases the flip side of these figurines. Hollywood has often toyed (pun intended) with us by featuring dolls that are either possessed by evil spirits or brought to life because of someone’s evil antics. In addition to introducing us to new scary-looking dolls that seem to be made out of nightmares, these films have also ruined some familiar ones that we know and love — such as the gingerbread man (The Gingerdead Man) and Pinocchio (Pinocchio’s Revenge). We take a look here at some iconic dolls in cinema that seem to prefer the power of evil to a standard pair of AA batteries. 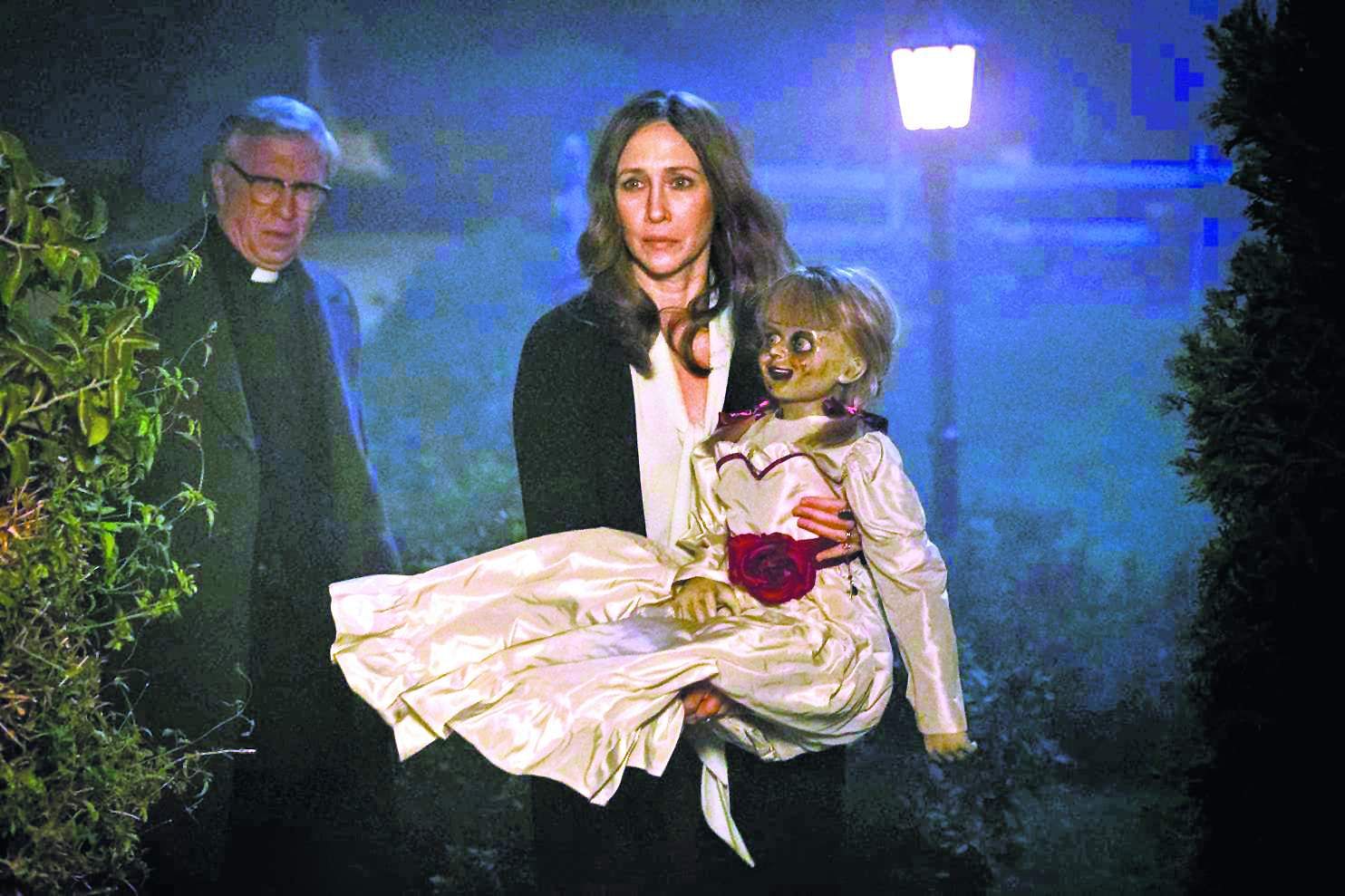 Annabelle (The Conjuring Universe)
Let’s start with the doll this week’s release features. Unlike most others in this list, the Annabelle film series is said to be based on true events surrounding a Raggedy Ann doll. Ed and Lorraine Warren (real-life paranormal investigators whose adventures form the basis of the Conjuring films) said it was haunted and it still resides in a glass box at The Warrens’ Occult Museum in Connecticut, USA. In the film franchise, Annabelle is shown as a porcelain doll made by a dollmaker who lets it get possessed by demon looking for a human host, under the assumption that it is the spirit of his dead 7-year-old daughter of the same name. While the first two films — Annabelle (2014) and Annabelle: Creation (2017) — gave us a glimpse of how the doll was made and went on to terrorise families, the latest iteration, Annabelle Comes Home  is said to be about a teenager who unwittingly releases the evil spirit by opening the glass case the doll is kept in, while babysitting the daughter of Ed and Lorraine Warren. 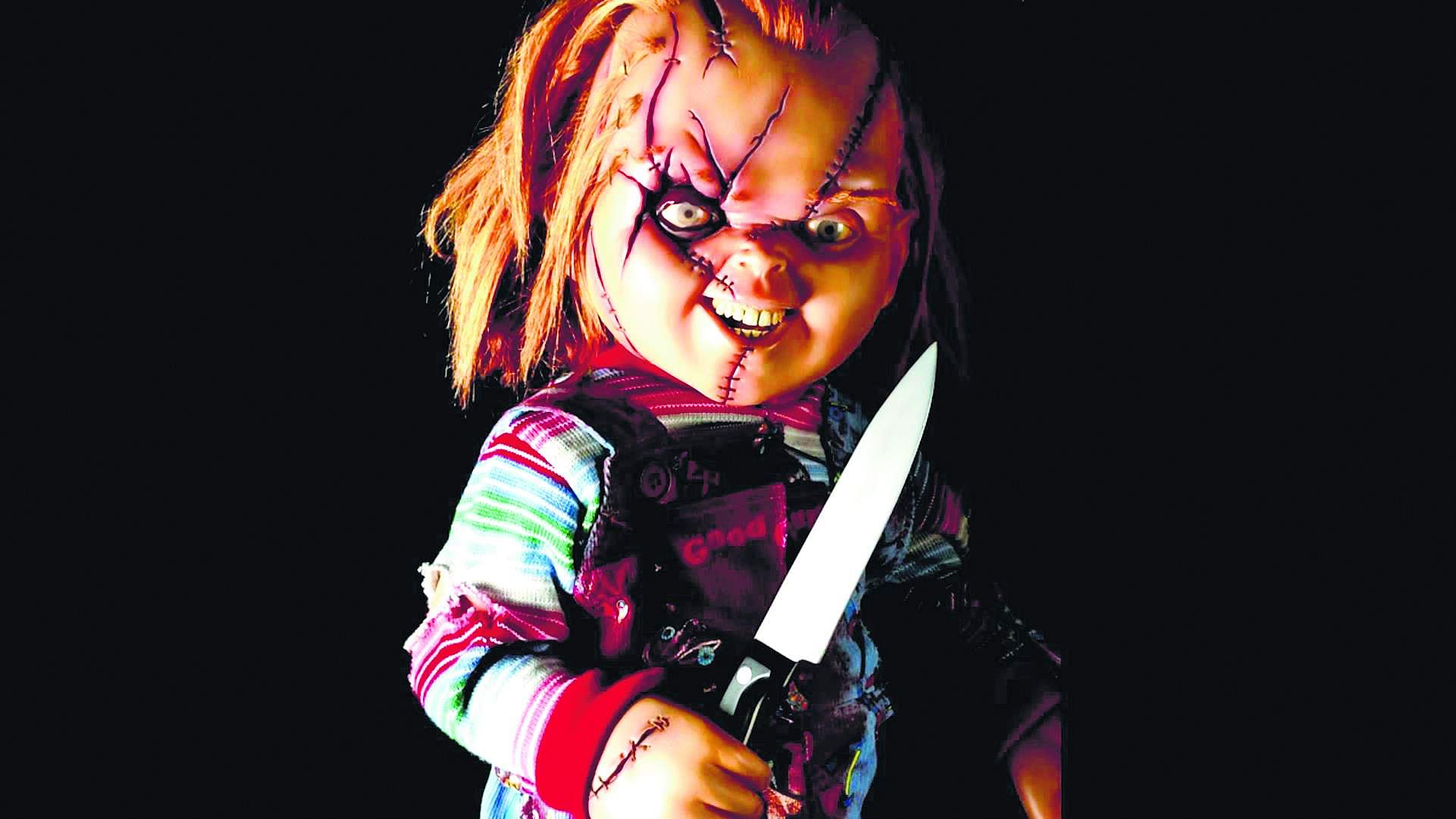 Chucky (Child’s Play franchise)
Chucky is undoubtedly the most famous creepy doll thanks to a franchise that has spanned over three decades and seven films. In the first film, Child’s Play (1988), we see a bloodied Charles Lee Ray, a fugitive serial-killer, escape from a shootout only to end up at a toy shop. He performs a Haitian Vodou spell on a Good Guys doll before succumbing to his wounds. The doll, now taken over by the evil spirit, ends up as a birthday gift to a 6-year-old child, where his adventures begin. Over the course of the franchise, Chucky has died and been resurrected many times over and has even got a partner in the form of Tiffany Valentine (from the 1998 film Bride of Chucky). The franchise is getting a reboot/remake which is set for release in India next month. While Brad Dourif (better known as Wormtongue in The Lord of the Rings series) has voiced Chucky up until now, the latest film will have Mark Hamill — Luke Skywalker himself — trading his lightsaber for a voodoo knife. 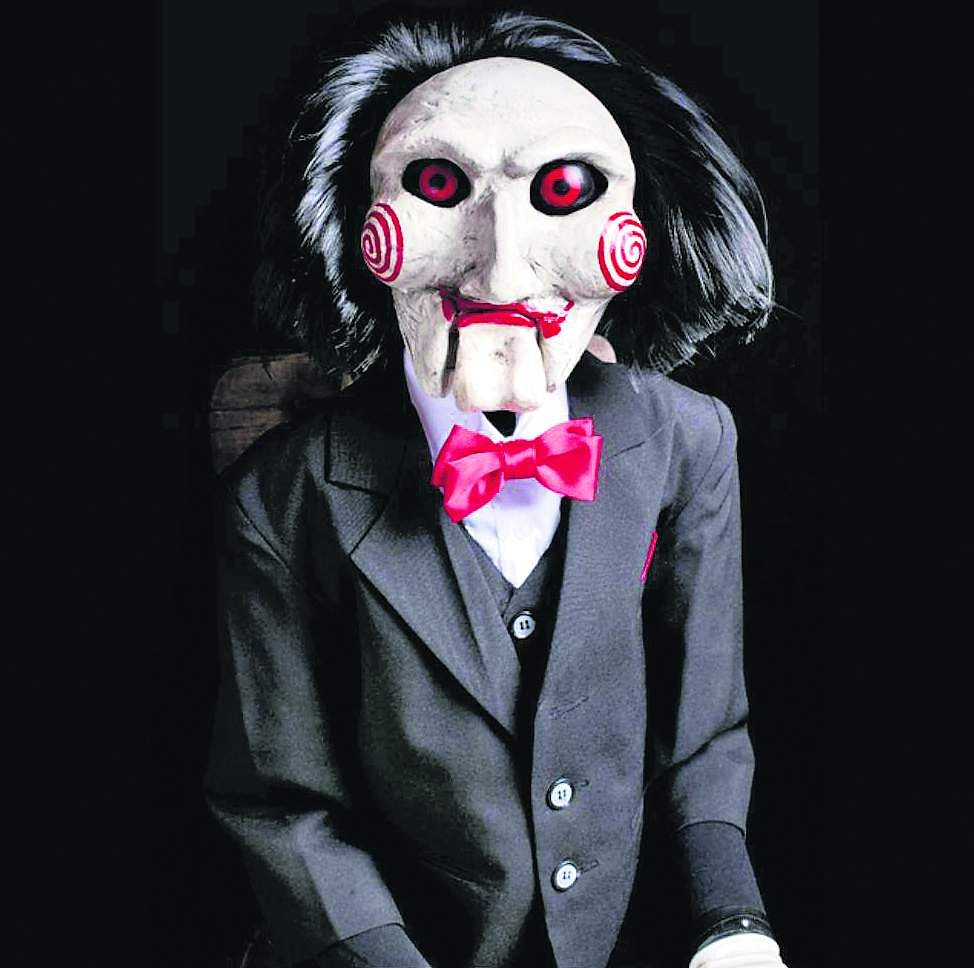 Billy the Puppet (Saw franchise)
Unlike other dolls in this list, Billy the Puppet is not a doll possessed to kill unheralded victims. It is more of a decoy prop for the ‘Jigsaw Killer’ John Kramer who, instead of slashing through people, traps them in different situations that will put them through physical or psychological torture. The character believes that those who survive will learn how precious life is. He uses the puppet as a mode of communication with his victims. The doll is originally created by Kramer for his unborn child. But after his wife has a miscarriage because of the carelessness of others, the puppet becomes a vehicle for Kramer’s anger. Though never identified in the films, Billy is the name by which the doll is referred to by the makers. This name was actually given by the franchise’s creator James Wan who, incidentally, is the creator of the Conjuring franchise as well. 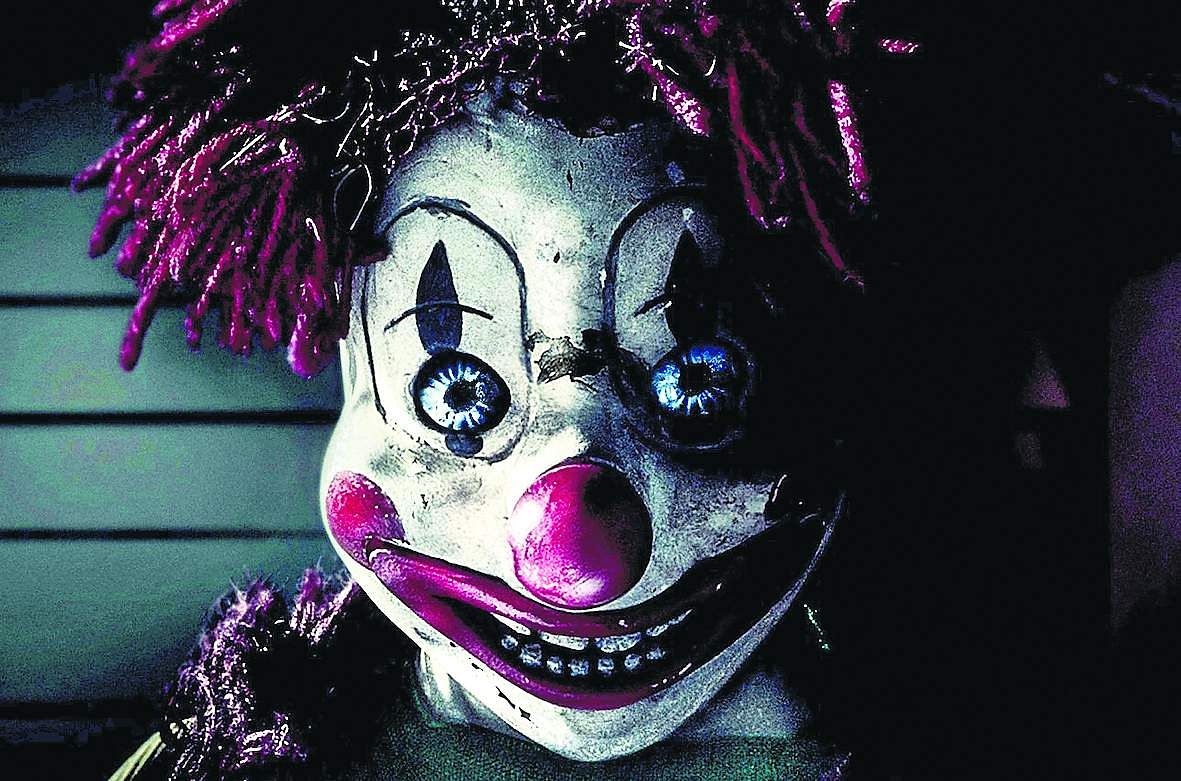 Clown doll  (Poltergeist series)
Clowns are not always seen as a personification of joy. Quite the opposite, actually, with some people even suffering from a condition called Coulrophobia — the fear of clowns. While today’s generation got its first glimpse of carnival horror with the recently released It, and 90s kids got their fair share with the 1990 iteration of the same film, one of the first films to bank on this fear was the 1982 film Poltergeist that was co-written and produced by Steven Spielberg. Initially conceived as a dark horror sequel to Close Encounters of the Third Kind, under the name Night Skies, it eventually ended up as an individual horror film that then turned into a trilogy, followed by a television series in the late 90s and a reboot in 2015. The clown doll attacking one of the Freeling children often finds a place in many ‘Top 100 scariest moments in film history’ lists. 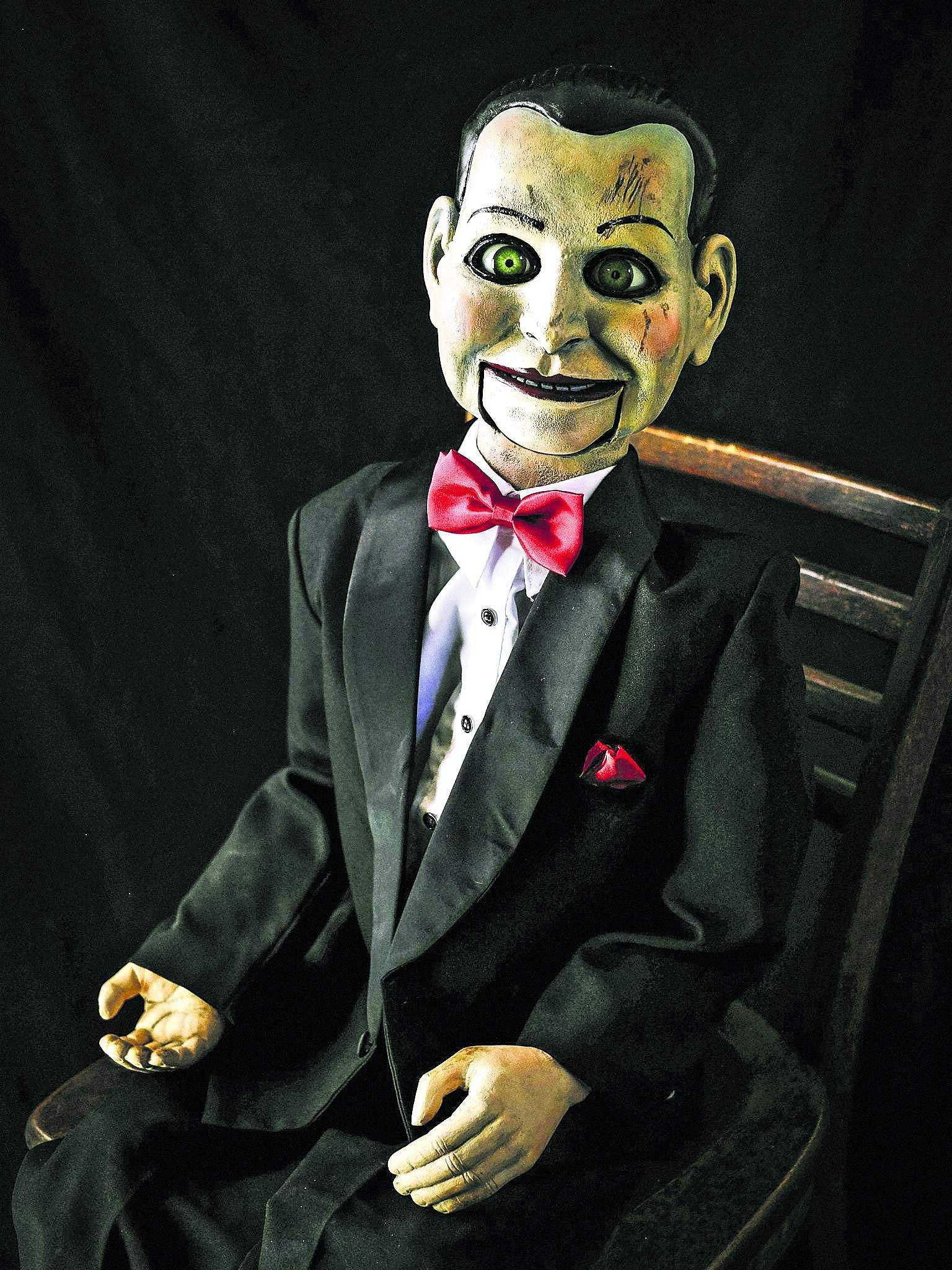 Billy (Dead Silence)
And while we’re on James Wan, right after introducing Saw, he went on to direct the supernatural horror film, Dead Silence, that revolves around a ventriloquist doll called, once again, Billy. The doll, which looks similar to Fats from Magic (an homage to the 1978 film, perhaps?), is one among many that are made by the film’s antagonist, Mary Shaw, who is obsessed with making the perfect dummy. Despite the film’s unfavourable reviews, the way the doll is presented — right from the film’s opening scene — sure does send chills down the spines of those who watch it. 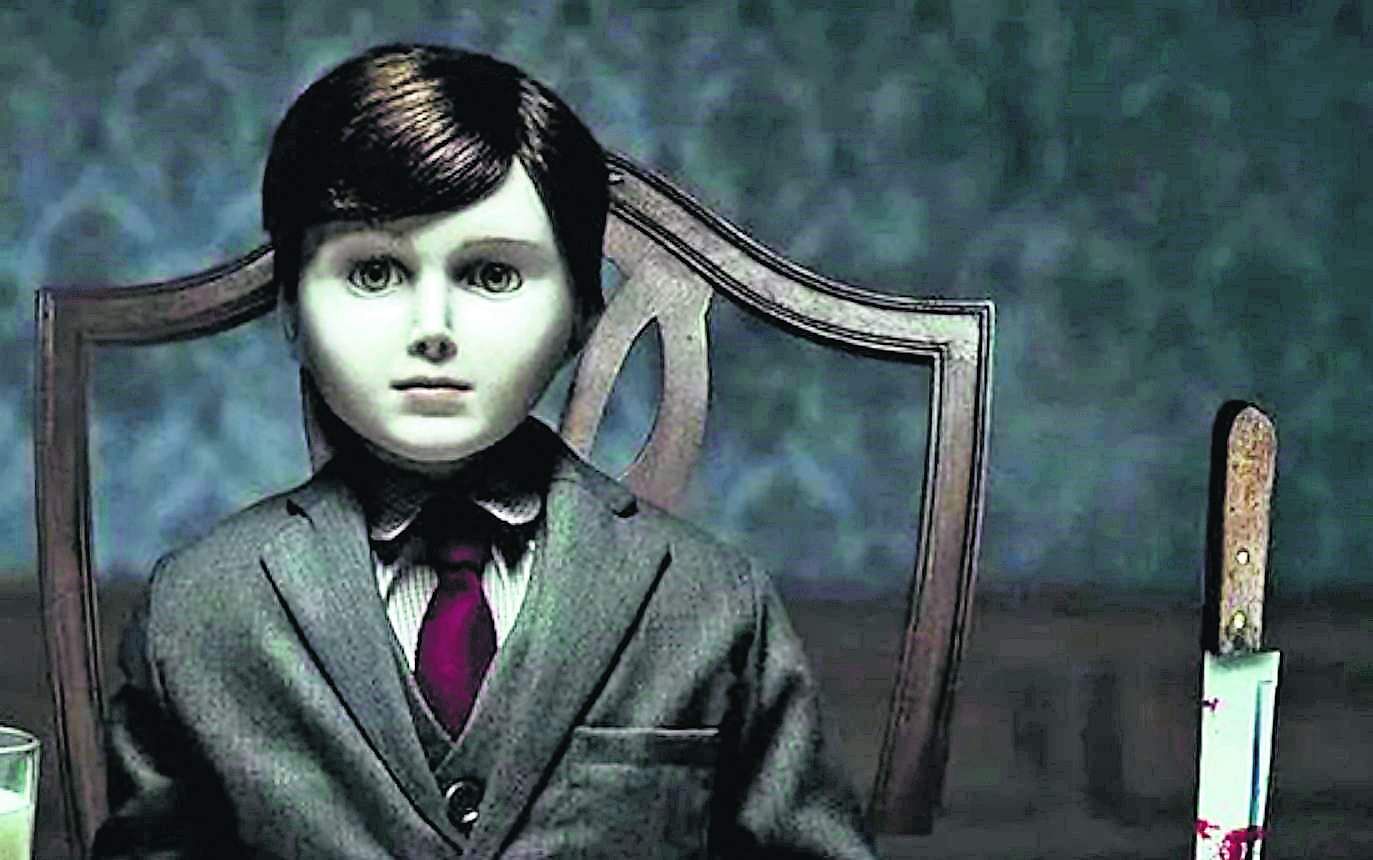 Brahms (The Boy)
Just like the Annabelle doll, Brahms from The Boy (2016) is a porcelain doll that is taken over by a spirit. But Brahms does not look spooky. The Heelshires, who have apparently lost their son, pour their love and affection on a doll who resembles their dead child and give it the same name. After handing over the doll to a caretaker, Greta Evans, the parents commit suicide. Evans finds taking care of a doll silly in the beginning, but a dark secret awaits her. Despite the film opening to mixed reviews, the makers have still come up with a sequel, which is scheduled to hit the screens this December. 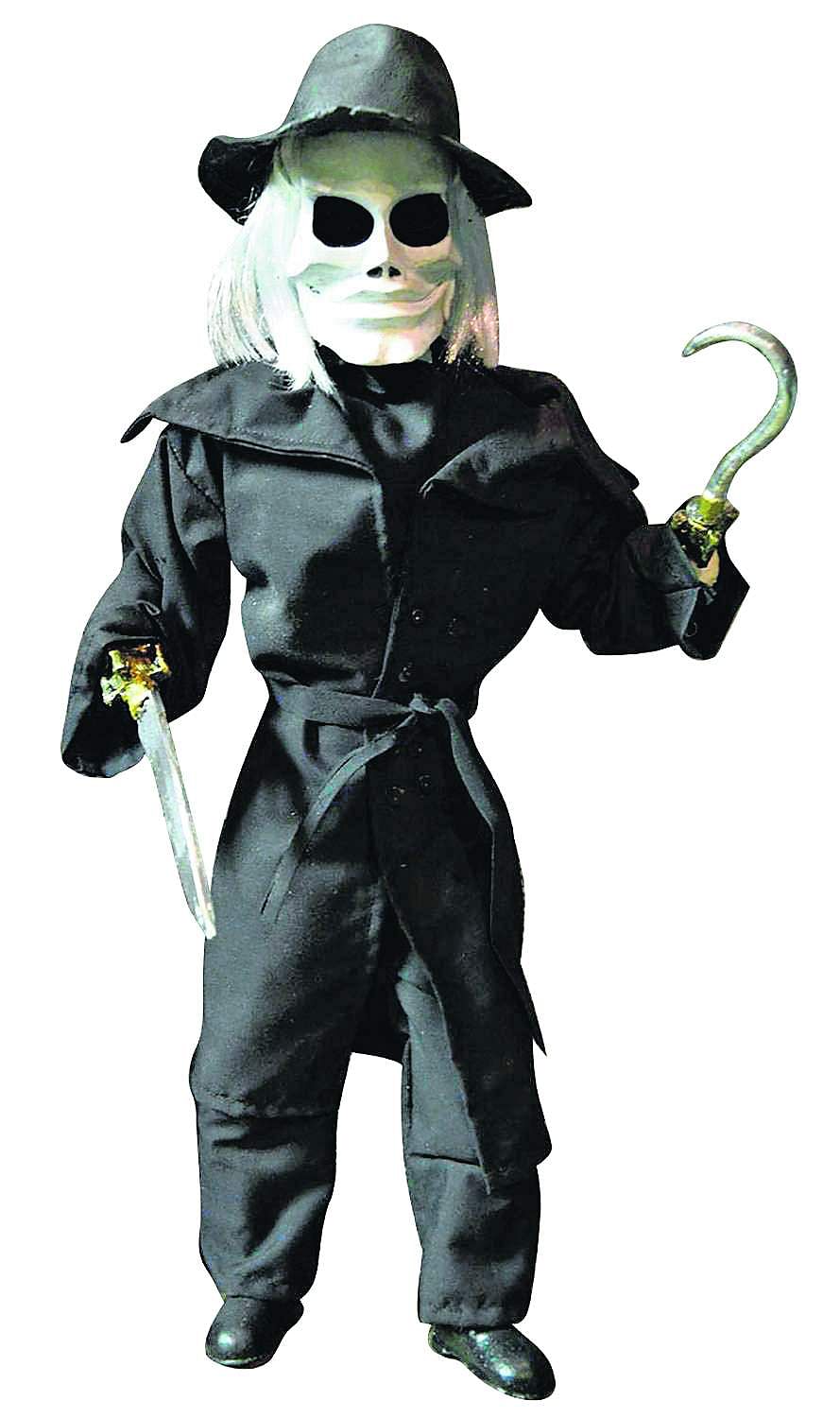 Blade (Puppet Master)
Puppet Master is one of the longest-running horror film franchises. The first film, which was released 30 years ago, has led to ten sequels; a crossover with another horror film featuring toys, Demonic Toys; a reboot in 2018 (Puppet Master: The Littlest Reich); an upcoming spin-off film; and an ongoing comic book series. The series is about a group of anthropomorphic puppets which are brought to life by an Egyptian spell. Each has its own style as well as choice of weapon. The most famous puppet among the lot is Blade, who, along with Pinhead, is the only puppet to have made an appearance in all the films. Blade, created during the second World War, is designed after the Gestapo Major Kraus, and it encases the soul of Dr Hess a German surgeon and medical doctor who betrayed the Nazis only to be stabbed to death. The upcoming film Blade: The Iron Cross is also based on this puppet and will hit the screens next year. 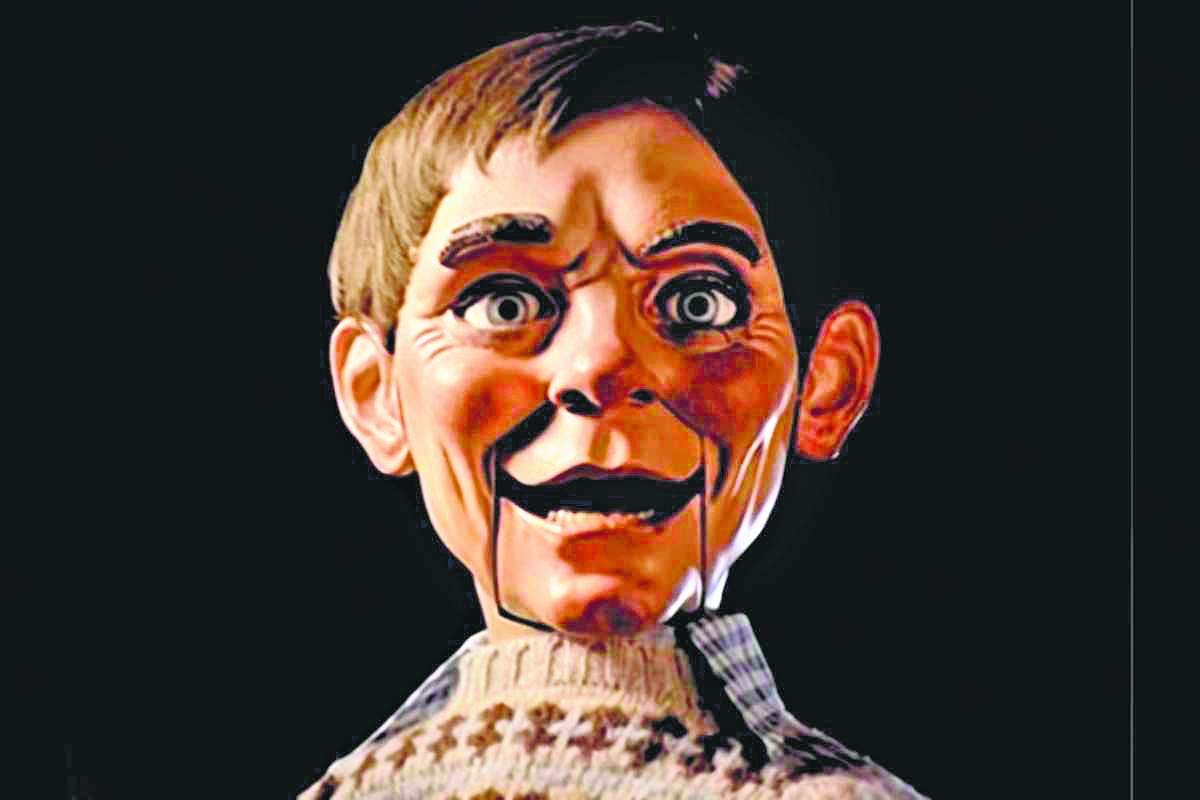 Fats (Magic)
Those who believe that thriller films only have underwhelming performances must watch Magic. Starring Anthony Hopkins and directed by actor-filmmaker Richard Attenborough, who won two Academy Awards for Gandhi in 1983, Magic is the story of a magician named Corky, living with two personas — one of which is his ventriloquist doll, Fats. Though the trope of using a dummy as an alter-ego had been used previously in films such as The Great Gabbo (1929) and Devil Doll (1964), Magic’s Fats which turns into a serial killer — thereby sabotaging Corky’s professional and personal life — is an icon of the psychological-horror subgenre in its own right.