A day in the Bigg Boss house

Our reporter stayed at the new Bigg Boss house for a day, and he’s quite impressed

I met Kamal Haasan on June 17, 2018, to speak about Bigg Boss Tamil. Exactly a year later, I got the opportunity to spend a day at the new Bigg Boss Tamil house in which the participants of Season 3 will be staying, nay, slugging it out. They take you to an instructions room, like students at a new school, to remind you about the rules. No cellphones, no watches; just clothes and toiletries. At 9 am, the ‘contestants’ — 15 personnel from top media houses in the city — were blindfolded and led into the house in twos and threes.

A mic was strapped, and I was, as a first task, asked to let the smokers in the team know where the boiler room was. Stepping in, it’s hard not to be distracted by that ‘BIGG BOSS’ title so largely embossed. Lush green — artificial — grass leads to the entrance of the house. You notice the task area and the swimming pool too. To the left is a wall adorned with paintings resembling a quintessential Tamil scenery, with dotted temples and milling crowd. The walls near the pool are consistent with their focus on cinema and bazaar. As a prop, there’s a mock red tractor to the other side.

You can see why participants get distracted so easily; there’s so much take in at all times. And then I saw the boiler and got reminded of my task. It’s a room painted in golden brown, a space that can accommodate upto four smokers. It’s quite different from that eventful smoking room from Season 1. Oviya, Arav, Gayathri… it all seems a long time ago now, doesn’t it? The door at the entrance wouldn’t budge though, and then the big booming voice of Bigg Boss welcomed us and went on to add that in order for the door to open, one of us needed to stay in the new jail. After a couple of rounds of rock, paper and scissors, the decision was made and one of the 15 people was sent in. The jail, interestingly, is quite different this time. There’s a mud pot to drink water out of, and a built-in restroom — which is a big change. Longer, more isolated stays in the jail, this season?

Bigg Boss let all of us in, pleased with how sportingly we had agreed. It’s inside the house that you see the more dramatic changes. There’s the bust of an ominous man, with a twirled moustache straight out of Madurai, wielding an aruval, seemingly ready to strike whoever enters. To the left is a bicycle, again built into the wall. The narrow pathway widens into a vast hall with a dining table at the center, the living room to the left, the bedroom to the right and kitchen at the far end.

There’s unmistakeable focus on Tamil elements. To the left, for instance, are attractive murals depicting Tamil culture. The entire wall in the living room is adorned with paintings focussing on the human body. There are also multiple paintings with masks — to signify the pretense that we often see from participants? There are eyes and ears painted, and this symbolism is pretty straightforward and in keeping with the nature of the show. There’s the TV, of course, that Kamal Haasan calls the Agam TV. The confession room door has two binoculars designed, and above it, is a crown inspired by what our goddesses typically wear.

The kitchen hasn't undergone many changes, and just as well, given the drama that’s inherently created out of that location. The stove area is designed to seem like a food truck — keeping with the theme of vehicles (and transcience?). There’s also a Petta Rajini mural that’s pretty cool. This season, you can see the hall from the bedroom (though you can't hear what is being spoken); there are eight beds on each side with the centre split by another vehicle motif: Wheels. The walls feature a dancing Sridevi on the left and Virumandi Kamal Haasan on the far right. 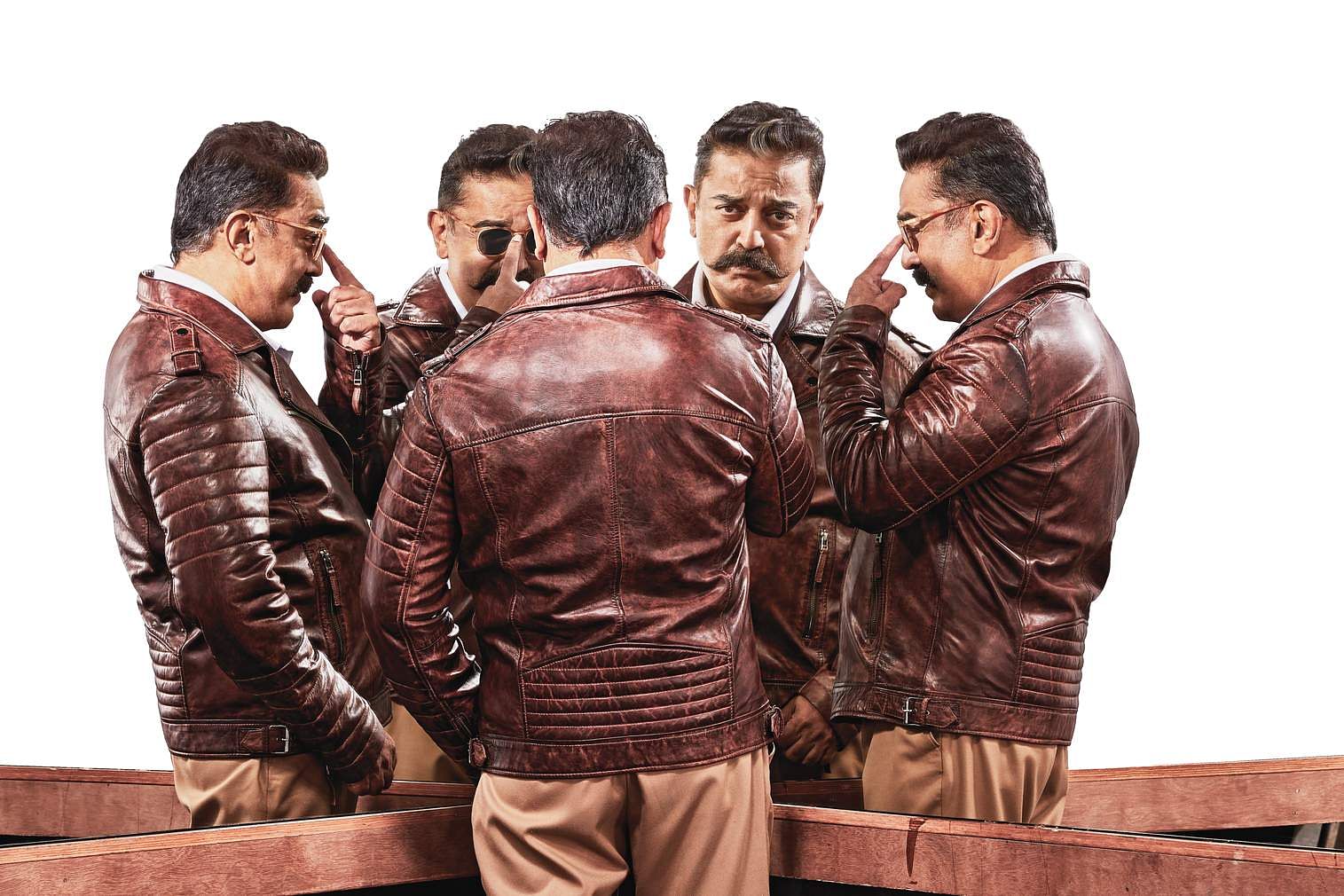 The big dining table doesn’t, like in previous seasons, fit in all the contestants, and it’s very much by design. We had three tasks for the entire day to keep us occupied. First, we had to nominate four captains who would then go on to the garden area, and build a pyramid out of paper cups. The best pyramid would win its creator the coveted captain post. Later, one of the contestants was asked to wear a sunglass that would supposedly make him invisible to others around him. His aim would be to get under the skin of the others. Our task was to not acknowledge him no matter what he does. This was an enterprising and dynamic activity that kept us occupied for hours.

In the evening, each member was asked to share proud moments from their respective careers, and this kept us going for another couple of hours. By the end of the day, the booming Bigg Boss’ voice got us nominating people for elimination, which caused some awkwardness. An hour or so at the swimming pool discussing ghost stories ushered in the night.

The next morning dawned in typical Bigg Boss-style as Marana Mass blared twice to wake everyone up. There was one final task: Make everyone sing, and rather thankfully, given this was happening under the burning sun of the morning, it was shortlived. As we bid adieu to the Bigg Boss house at 10 am, 24 hours after we first stepped in, I realised that this house, with all its stress and restrictions, is actually rather liberating in a sense, as it gives you a break from routine and electronic distractions. Kamal Haasan may well have a point when he says in the third season promos: "This isn't a game, this is life."