Ace Performers of Malayalam cinema in 2019

Here's the list of actors who delivered memorable performances this year

2019 turned out to be a great year for actors, both male and female. They took on roles that challenged them and improved themselves in the process. While most of the male actors in the list played characters with various shortcomings, the female actors played women who had to bear the brunt of the men's actions. We also got a dominating 'mass' hero and a couple of delightful comic performances too. Here's a list of all the actors who aced it this year. 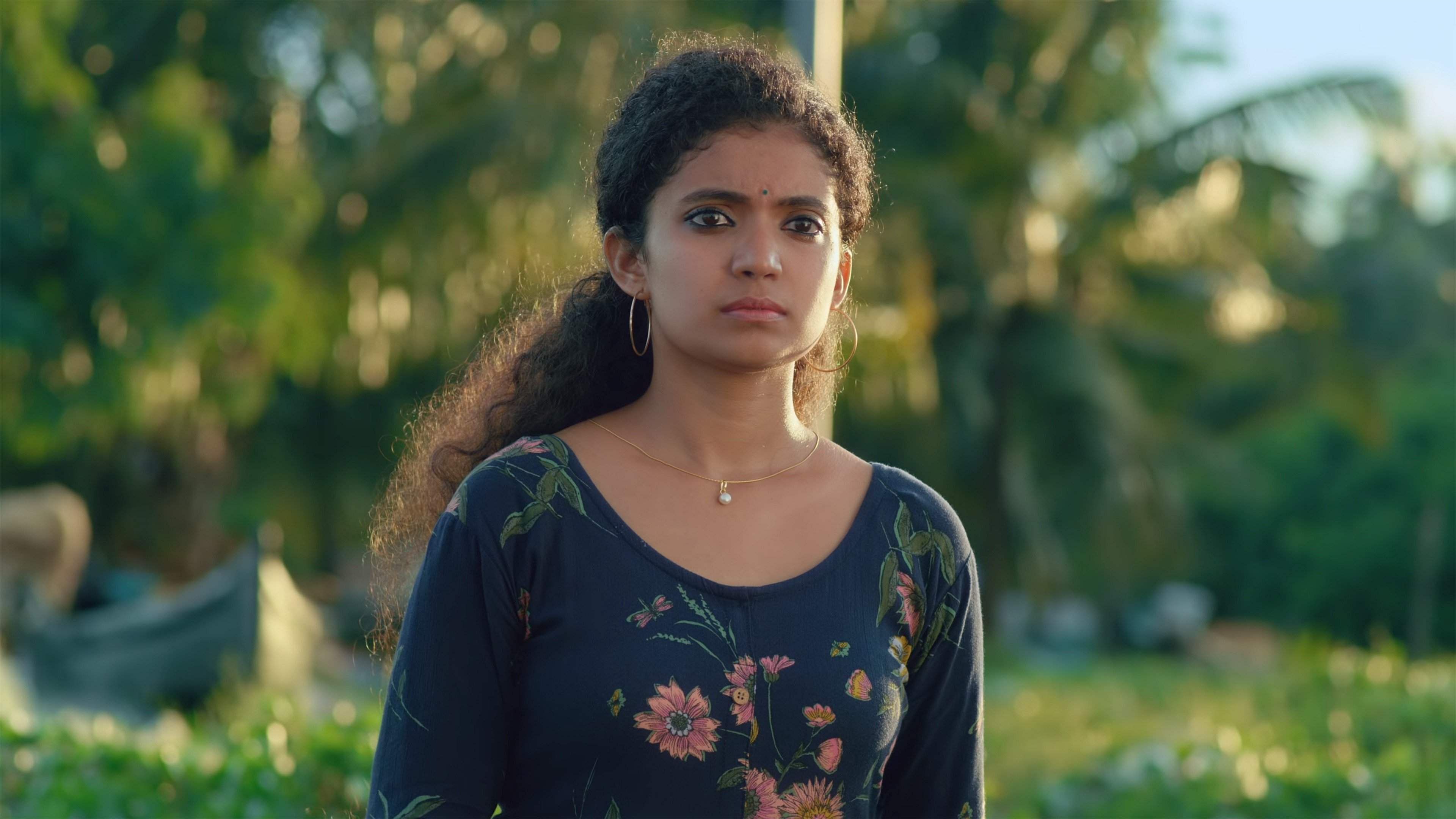 By delivering two remarkably impressive and distinct performances this year, one in Kumbalangi Nights and the other in Helen, Anna Ben takes the credit for the most number of winning female performances. In Kumbalangi Nights, Anna shared some of the film's best moments with Fahadh Faasil and Shane Nigam, while in Helen, she had to take on a more challenging role, of a woman trapped in a refrigeration unit. 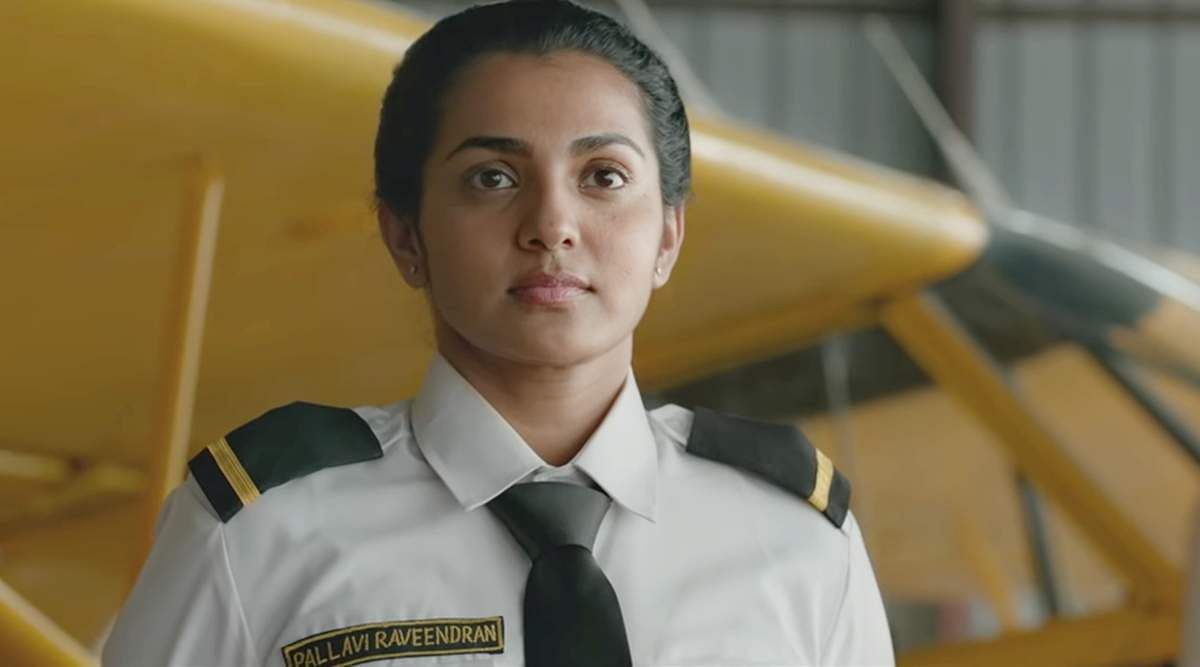 Though she was only seen in two films this year, Parvathy once again proved why she is one of the best in the business by tackling an intense, deeply affecting role in Uyare — of an acid attack survivor — and a doctor working hard to deal with a debilitating epidemic in Virus. 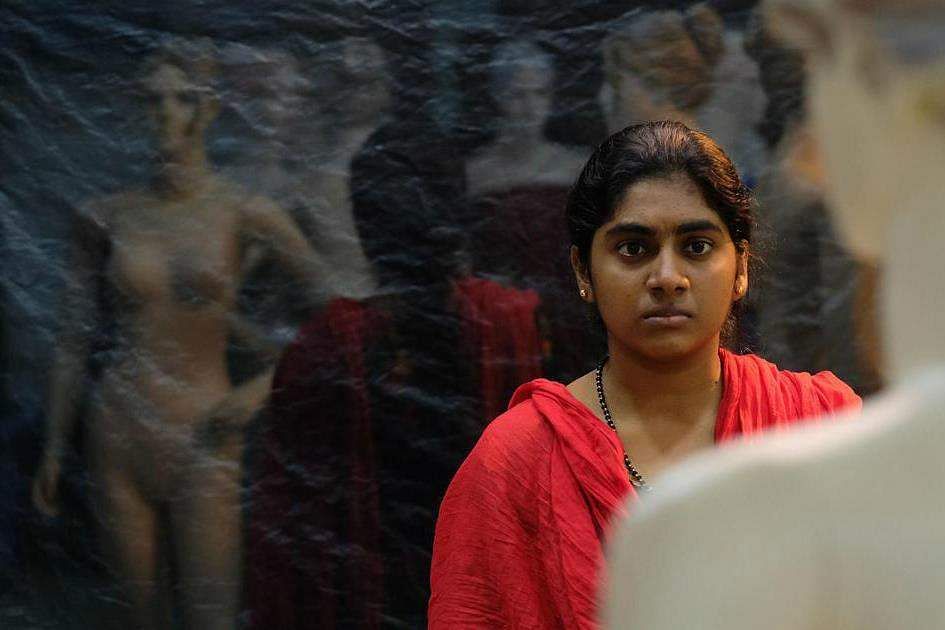 Devastatingly complex and perplexing at once, Nimisha Sajayan's role in Chola had very few lines, and yet managed to strike an impression. This is a film filled with actors who didn't care about how they looked to the outside world and Janaki is a role that not many would have dared to take on. 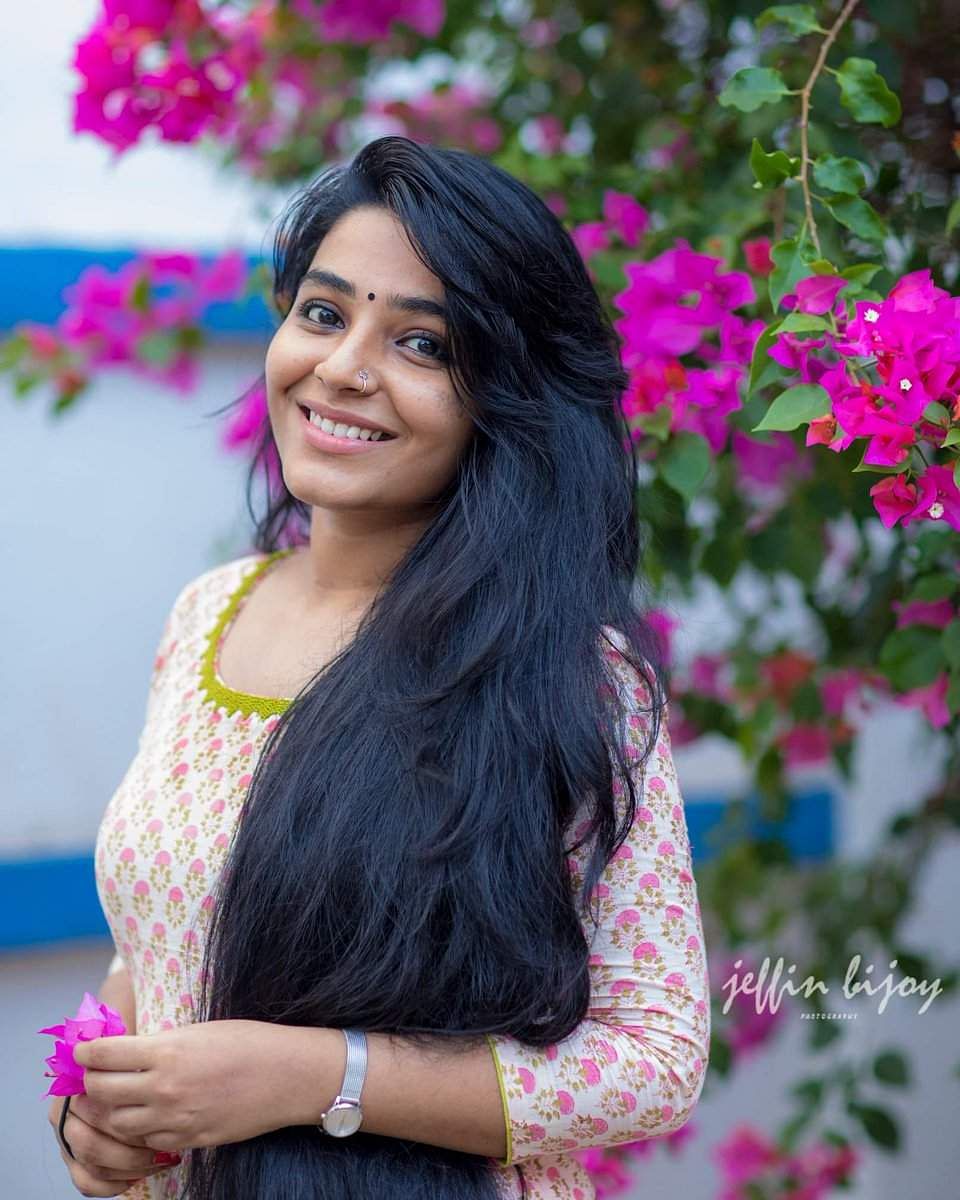 Rajisha Vijayan's Diya in Vidhu Vincent's Stand Up is another brave performance of the year. Rajisha gave the film a much-needed boost in its second half and improved it to a large degree. It's undoubtedly her finest performance so far. 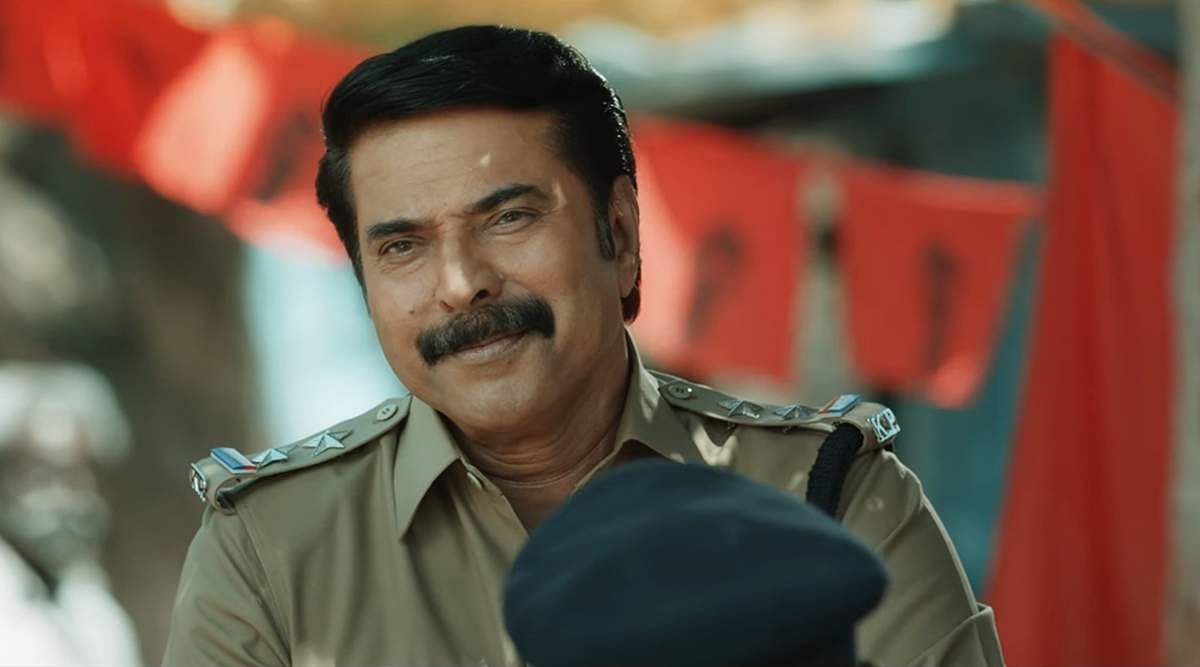 A re-invention of sorts can be found in the characterisation of the main hero in Unda. As sub-inspector Mani, Mammootty owns the film in what can be regarded as one of his all-time best performances — where Mammootty the actor was more visible than Mammootty the star. Though there was nothing fresh about his role in Lucifer, the blockbuster gave Mohanlal fans a treat, in the form of a character that delightfully evoked some of the actor's best 'mass' films, from Irupathaam Noottaandu to Olympian Anthony Adam. 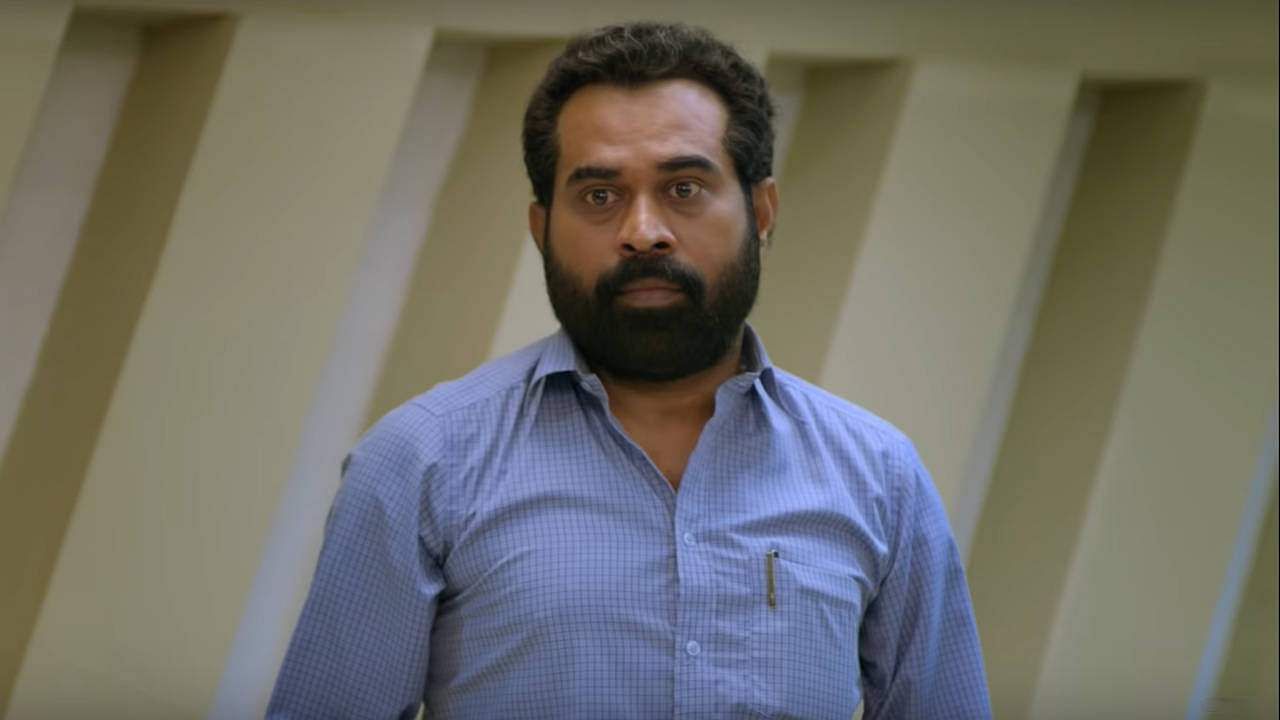 By giving brilliant performances in four films this year — Finals, Vikruthi, Android Kunjappan, and Driving Licence — Suraj Venjaramoodu once again cemented his status as one of the most reliable actors of this generation. The actor's ability to handle both comic and serious roles with equal ease is a testament to his extraordinary range.

Joju George struck gold this year by getting an opportunity to star in the legendary Joshiy's comeback film Porinju Mariam Jose. His Kaattaalan Porinju is a typical Joshiy character — full of bottled-up rage, yet sympathetic. The actor followed it up an incredibly creepy turn in Sanal Kumar Sasidharan's Chola. 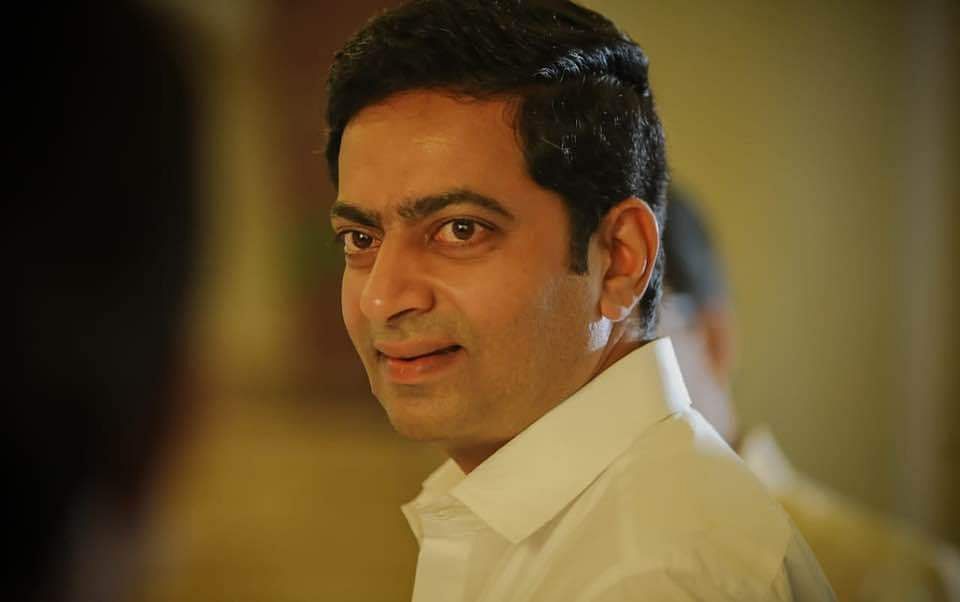 Another consistently good actor, Saiju Kurup managed to do well in all the films he has appeared in this year. But his comical and endearing character in Driving Licence, Johny Peringodan, deserves the most applause. 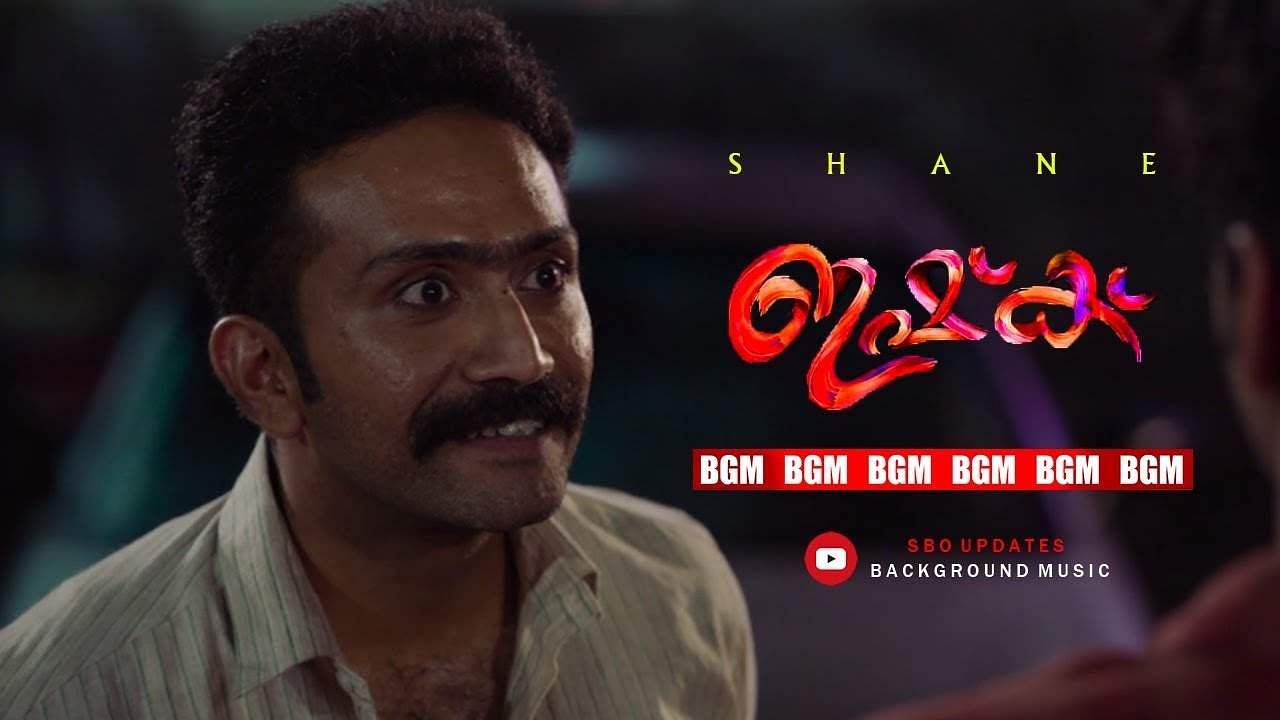 In Ishq, Shine Tom Chacko finally got a character that did justice to the actor in him. As the menacing Alvin, Shine is truly a revelation, especially in the film's second half, when he also displayed a talent for dark humour. 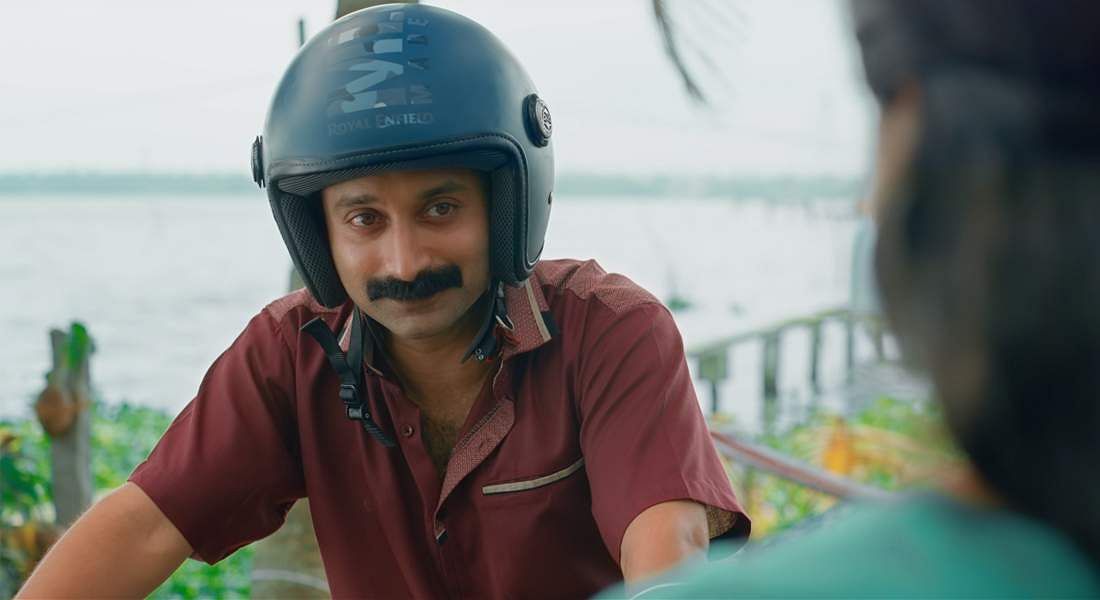 Not much needs to be said about Shammi, one of Fahadh Faasil's most celebrated performances. In Kumbalangi Nights, he played a man who represents everything that is wrong with Malayali men. Shammi is the sort of character you avoid when you see him coming from a mile away. It's a deliciously wicked performance. 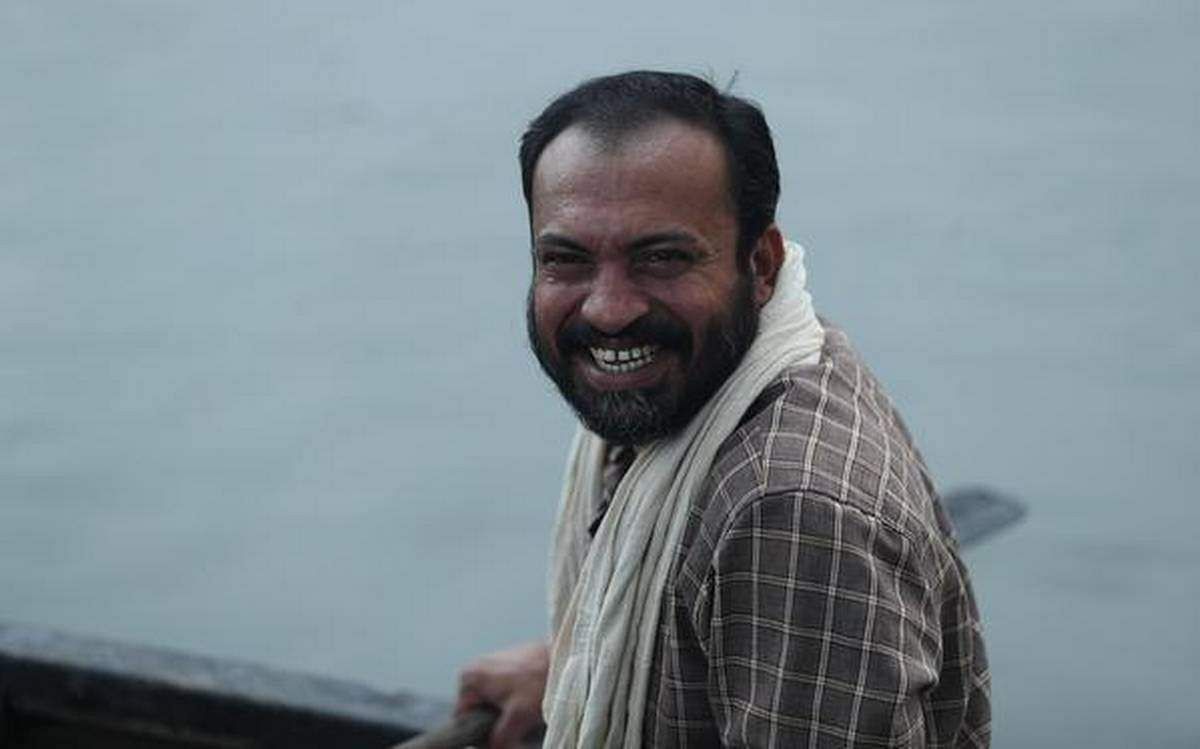 As Saji in Kumbalangi Nights, Soubin delivered arguably his most-layered performance to date. It's a character that alternated between serious and funny, and sometimes made us laugh and cry in the same scene. Also notable is Soubin's role in Vikruthi. 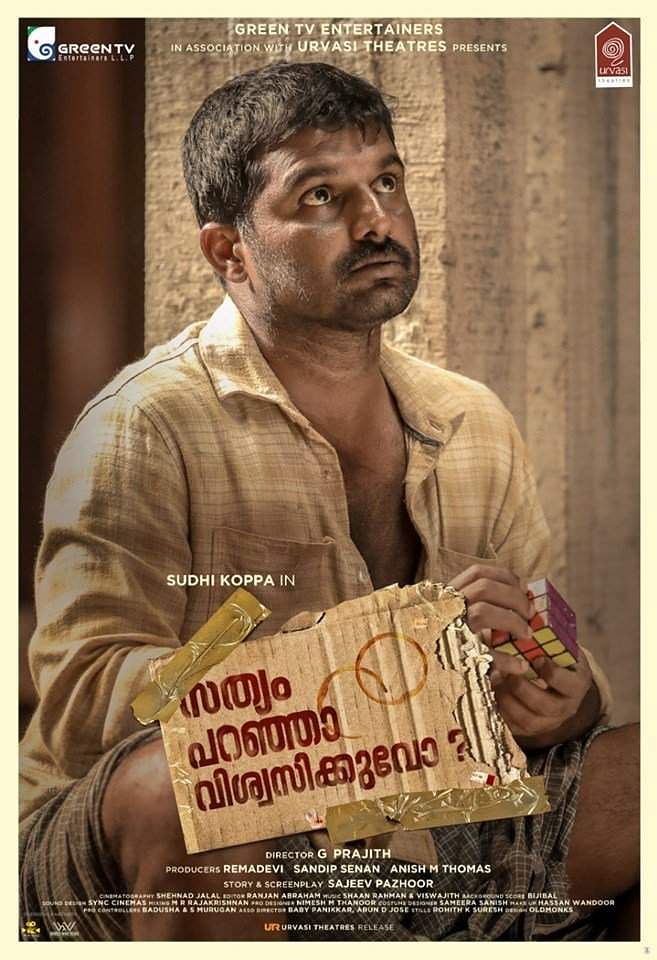 Sudhi Koppa gave two notable performances, in Sathyam Paranjha Vishwasikkuvo and Porinju Mariam Jose. In one of the funniest scenes in SPV, Sudhi Koppa's character enters a house of mourning and comes out later not knowing who actually passed away. His performance in Porinju, however, carried a relatively serious tinge. Both films demonstrated the actor's versatility. 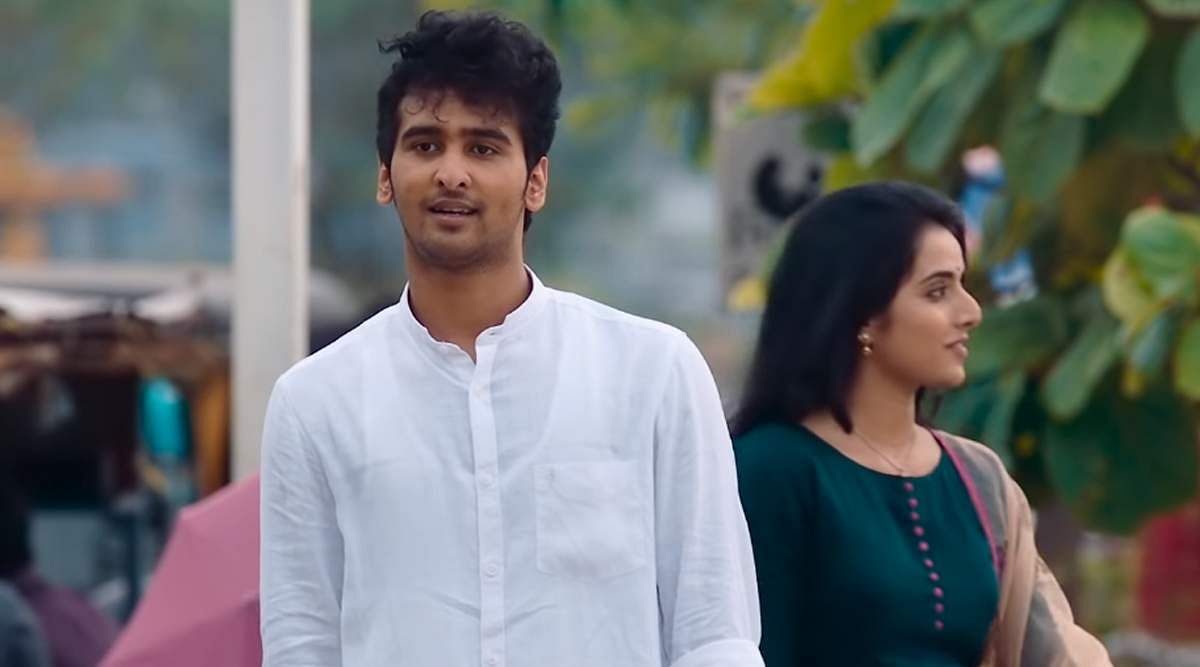 Like Fahadh in Kumbalangi Nights, Shane Nigam also played a character that represents some of the flaws inherent in men. It goes without saying that Shane's performance in Ishq is one of his most riveting to date. 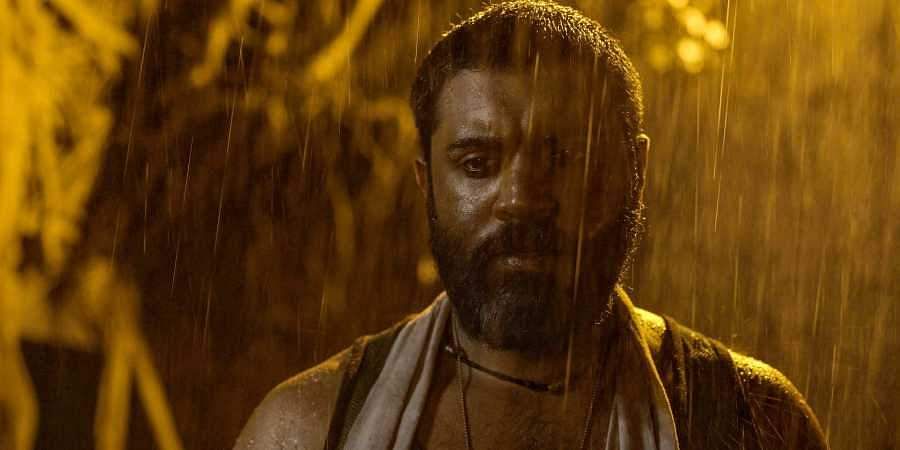 To see Nivin Pauly finally stepping out his comfort zone in Moothon was such a gladdening sight. It's undoubtedly the finest performance of his career. In the film, you got to see Nivin becoming two different people in two different periods. It's a spectacle that makes you forget that it's the same actor who was in Premam or Love Action Drama. 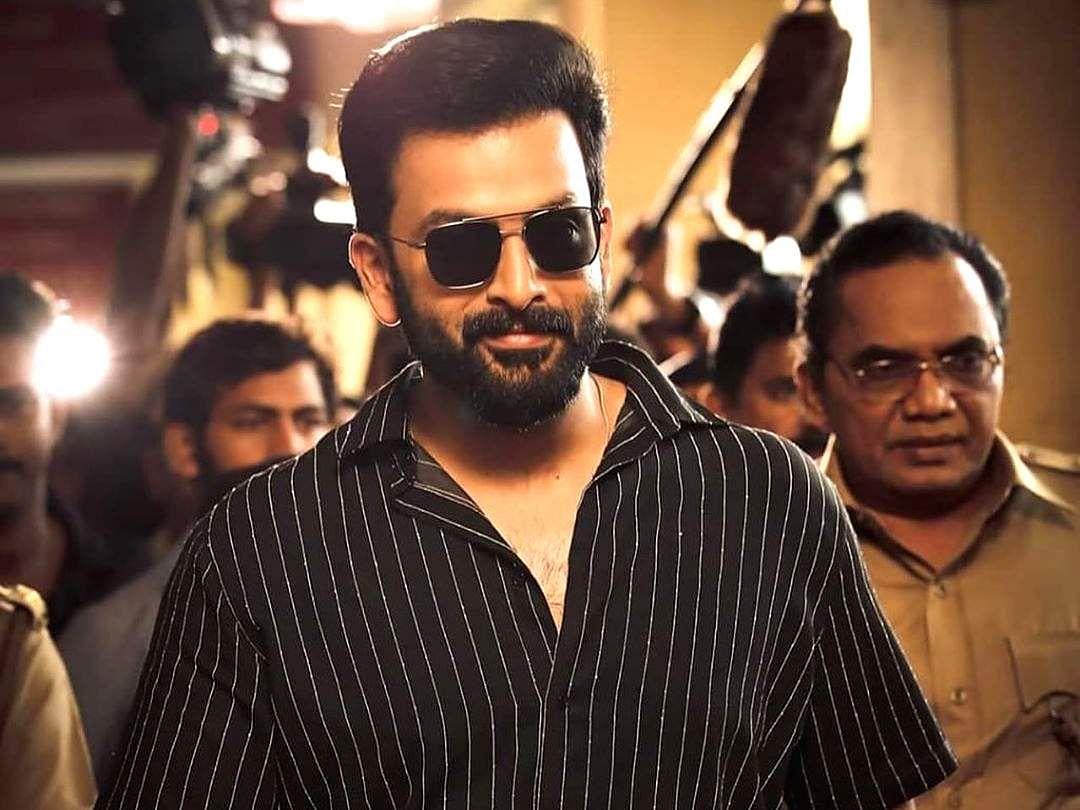 In Driving Licence, Prithviraj played a superstar with a persona not too different from his real-life one, and you could argue that playing a character like that would be a cakewalk for the actor. But there is some effort involved here too, which needs to be acknowledged. After seeing the results, one can't imagine anyone else other than Prithviraj in the role of Hareeendran.