Fifteen theories for the final flourish

With Avengers: Endgame releasing tomorrow, we list out the top fan theories abounding on the internet — some funny, some ingenious — that have the audacity to predict how the Endgame shall unravel

Arguably the biggest film of the year, Avengers: Endgame is almost upon us now, with just a day remaining untill release. There's a lot at stake for the core Avengers and their allies, as they deal with half the universe getting wiped out. During the break between both films, fans of MCU got busy and did what they do best: Unleash their creativity on theories over what could ostensibly happen in the most important film of Marvel Cinematic Universe (MCU). While some are outlandishly silly, many seem quite plausible. Here goes: 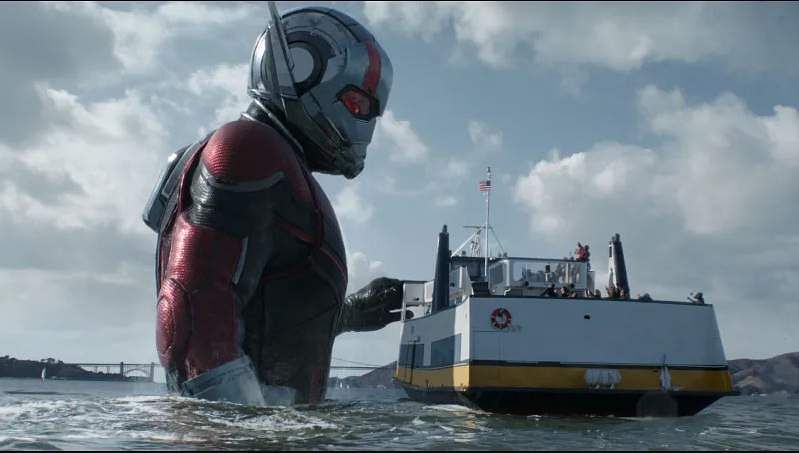 This is the wackiest and the most famous theory concerning Thanos’ destruction. Given the monumental failure of the Avengers to stop Thanos in the first film, fans came up with the theory that is now famously called the Thanus theory. According to it, Ant-Man, who wasn't seen in Infinity War, shrinks in size, goes up the mad Titan's posterior, and expandes inside him. What started as a Reddit joke became a viral meme that even the directors, the Russo brothers, and actor Josh Brolin, who plays Thanos, commented on. The director duo teased it by changing their Instagram profile picture to a venn diagram version of the meme. Brolin went further ahead and shared a video on Instagram of him apparently 'pushing Ant-Man out' inside a restroom and made the hashtag #flushantman go viral.

Cat got the tongue 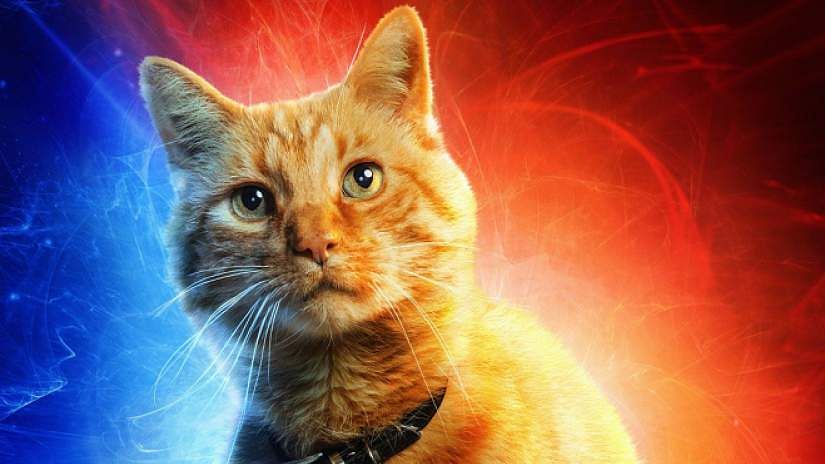 Goose, the adorable cat, made his first appearance in Captain Marvel, and as Nick Fury realised later, it’s not a cat but an alien creature known as Flerken. Its mouth is home to alarmingly long tentacles of destruction, and its body, the storage space for a Tesseract. Fans are almost certain that the cat has outlived its lifespan and will play an important role in Endgame.

The machinations of Red Skull In Infinity War, it was a shocker to see Captain America's arch-nemesis, Red Skull, who was last seen in 2011’s Captain America: The First Avenger. The man, who was also experimented on with the same serum that made Steve into Captain America, was stranded in Vormir, having become the keeper of the Soul Stone. Now that the stone is with Thanos, this makes him free to travel outside the planet. What if he returned to earth to take revenge on Captain America? There's another theory that Red Skull tricked Thanos into killing his daughter Gamora so that he could have a face-off with Thanos later on, without the complication of having to deal with Gamora.

Power of the Photon

Remember Carol Danvers's fellow pilot and best friend Maria Rambeau and her daughter Monica whose house became a hideout spot for Captain Marvel? Well, considering that film was set in 1995 when Monica is 11 years old, she should be in her mid-30s now. This suggests that Monica could potentially make an appearance in Endgame because, as per the comics, the kid becomes a superhero called Photon. In Captain Marvel, Monica expresses her desire to fly in space like Carol and get 'glowy' like her aunt. Seeing her fight alongside Captain Marvel would be quite a treat.

The humanisation of Vision made it hard to stomach the beloved Android getting dispensed with in Infinity War. But for a while before that happened, Wakanda's child genius and Black Panther's sister Shuri was busy downloading Vision into her database. Though dead, Vision isn't a human unlike the other fallen people but a sophisticated program created by Tony Stark and Bruce Banner. That makes it possible for the remaining Avengers to download the AI and give it another form, which surely would make Scarlet Witch happy!

Tony Stark will meet his daughter 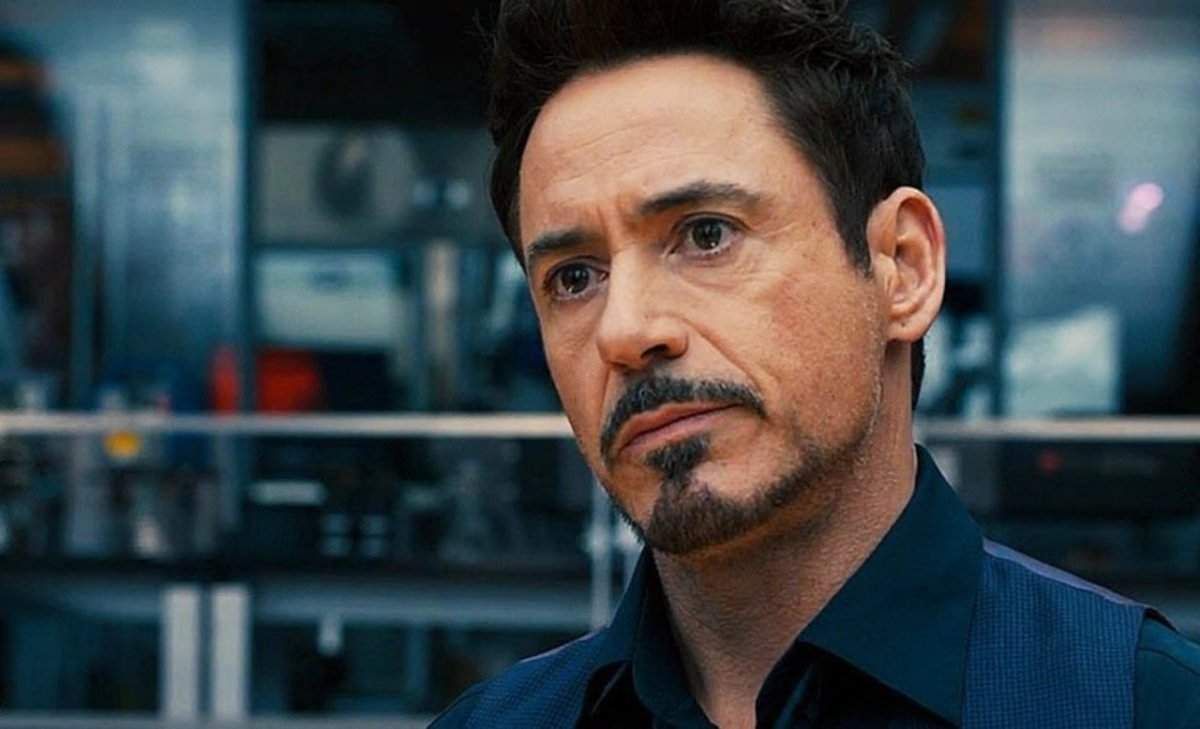 This is as shocking as theories can get. There's enough evidence from set pictures to suggest there might be a time-travelling portion (more on it later). If they have the power to go back in time, they can also go forward and the theory states that Tony Stark could meet his daughter in the future. This makes sense considering, in Infinity War, Tony told Pepper about a dream in which they have had a kid together.  Katherine Langford of 13 Reasons Why-fame was cast in a mysterious role and her picture from the sets affirmed the same. Only time would tell. 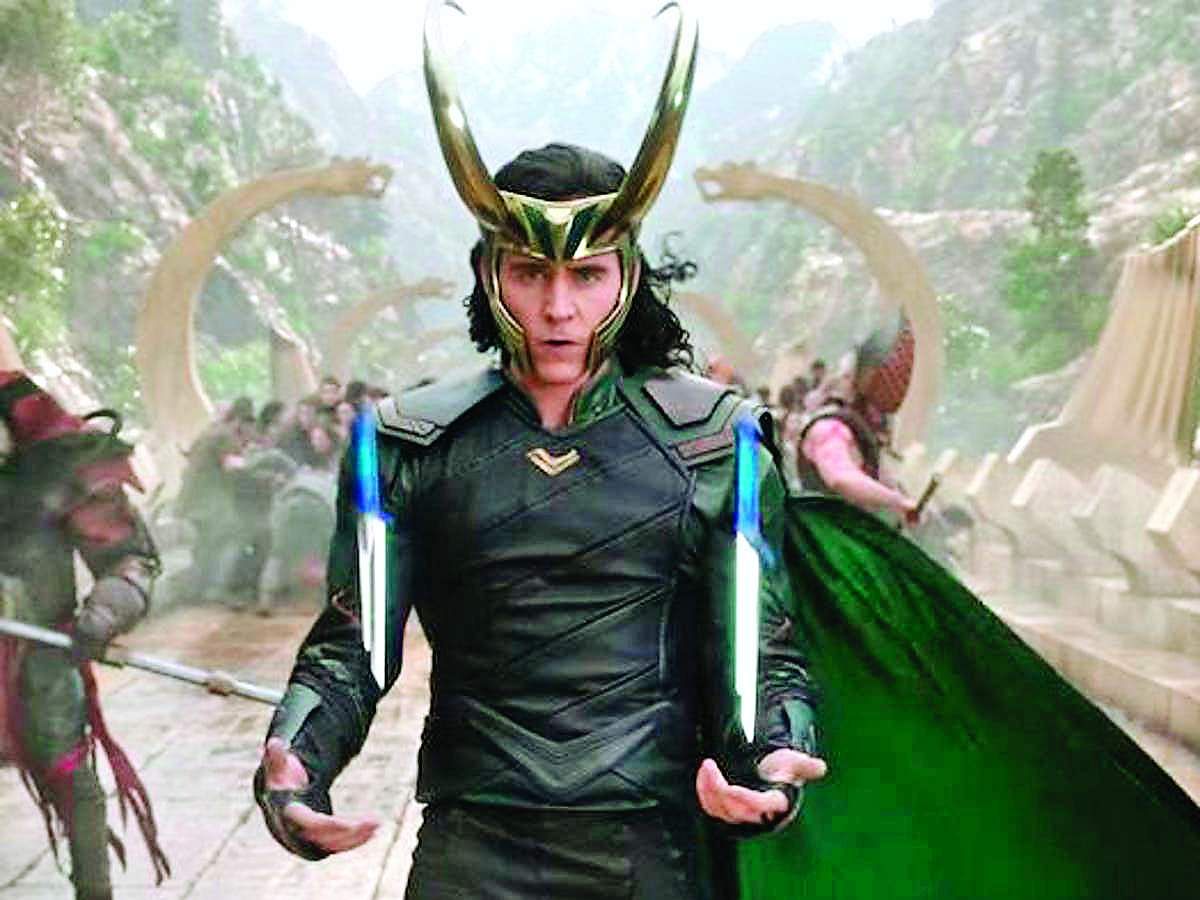 One of the first deaths in Infinity War was that of the god of mischief, Loki. What if the one who died was one of his mirror images though. This certainly wouldn’t be the first time he staged his own death. When Rocket Racoon asks Thor about his family in Infinity War, the god of thunder mentions that Loki 'had been dead before'. Meanwhile, a Netflix series has been planned on Loki too.

Another theory states that Loki has actually taken the place of Bruce Banner as he just wants to be around the Avengers, given it’s the safest place to be. This also explains why Bruce couldn't transform himself into Hulk throughout the last Avengers film. 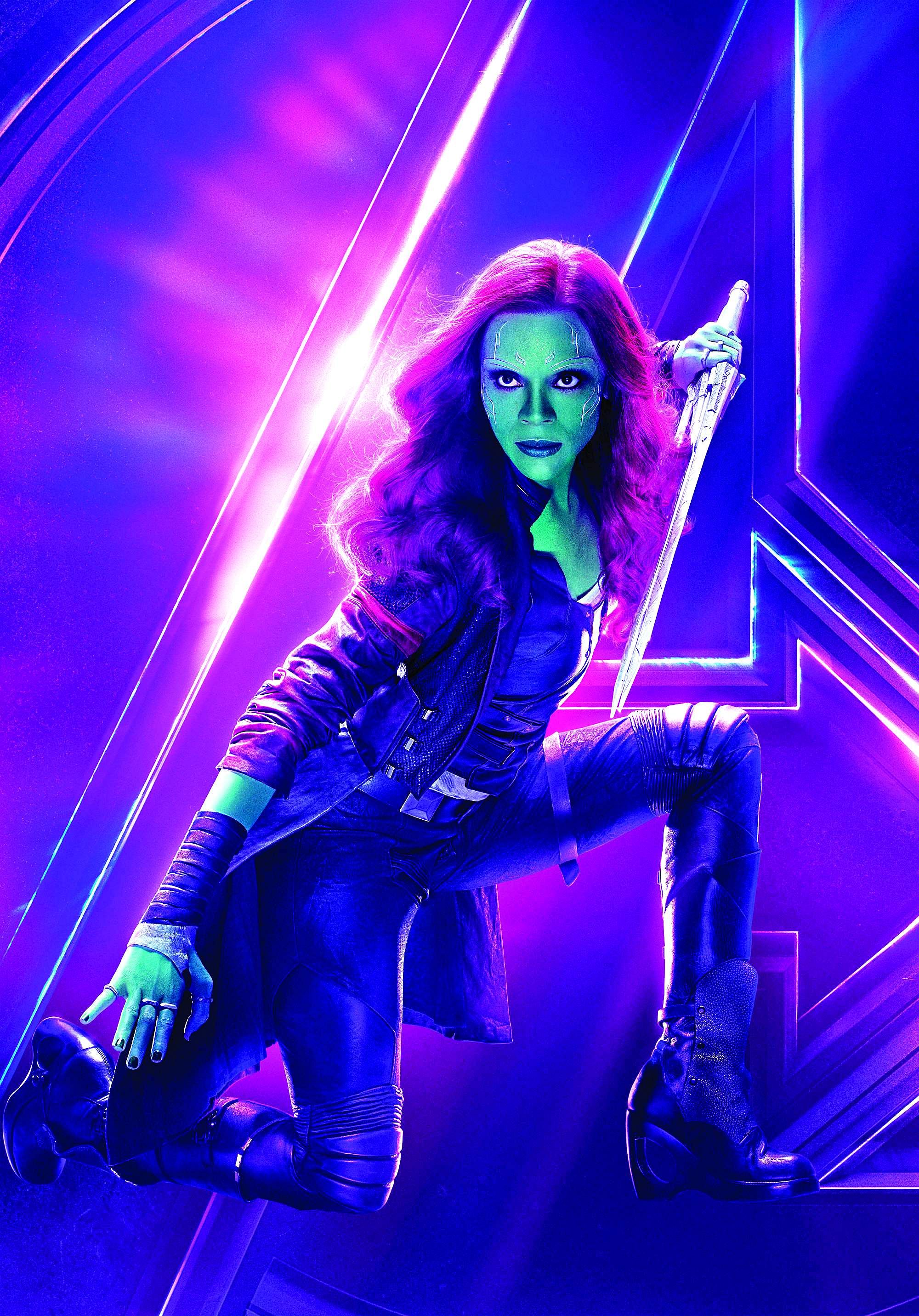 Gamora, the adopted daughter of Thanos who gets sacrificed by the Titan in order to get the Soul Stone, is also thought of to be the character that can land the final blow on her father. Considered to be the only 'weakness' of Thanos, the theory states that the last standing person of the Zen-Whoberis species is not technically dead but is captured inside the Soul Stone similar to that of a Pokemon. Moreover, Zoe Saldana who plays the character in the film posted an image on her Instagram story showing her once again covered in green paint. Thanos being killed by someone he loves, is a fitting end.

The wedding of Tony and Pepper Considering the tragic ending of Infinity War, it would only be fair if Endgame had a happy ending. And what better happiness than a wedding? A theory suggests that the film will end with the grand wedding of Tony Stark and his fiance Pepper Potts that will be attended by all the important characters of MCU. 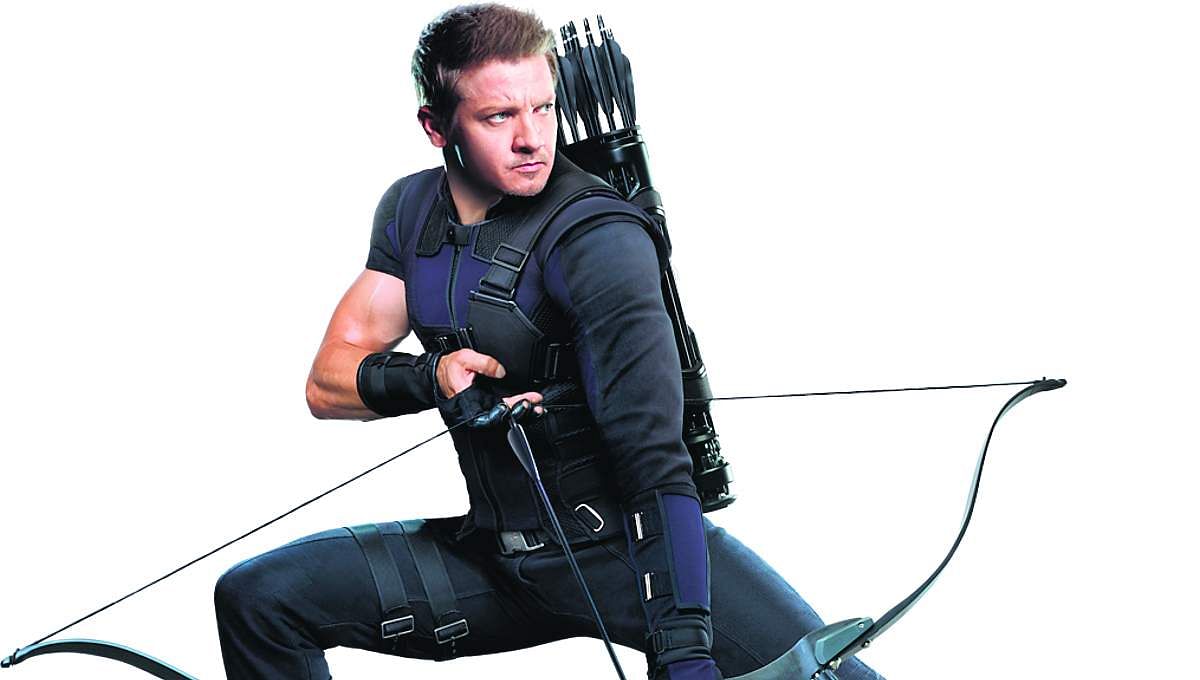 One of the hints the trailer of Endgame gave was a quick glimpse of Clint Barton teaching a young woman on how to shoot a bow. This suggests that he's passing over the torch to his daughter, Lila, who later becomes the new Hawkeye -- similar to that of Kate Bishop in the comics. While it would be implausible for two Hawkeyes to exist in the same universe, the same trailer also shows us that Clint has turned into Ronin. 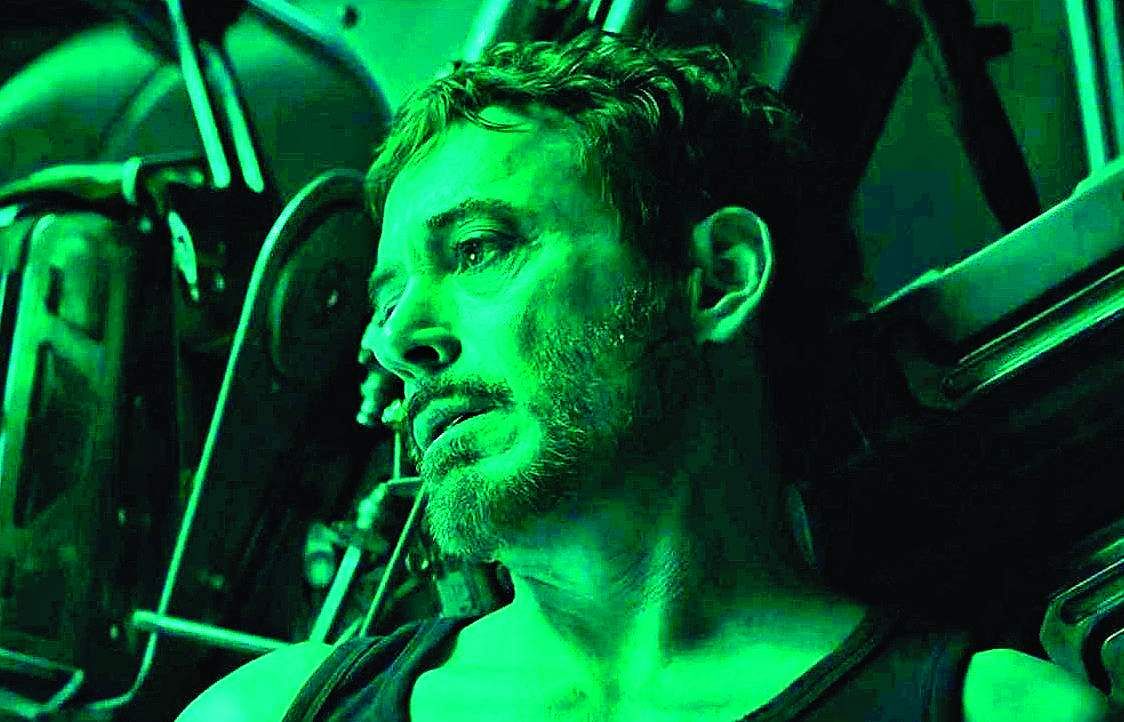 Marvel has been accused of not letting go of its favourite characters. The makers could well make a point by killing off a few major characters in Endgame. There are no winners, after all, in war. Our bet is on Steve Rogers and Tony Stark for the most obvious reasons. The contracts of these actors are running out and most of the first few films from MCU concentrated more on these two characters' backstory. Moreover, Rogers, even before becoming Captain America, showed that he would happily lay down his life for the greater good. On the other hand, we have Stark who is generally thought to be selfish. What better time than now to prove that he can be selfless?

Captain Marvel to save the day 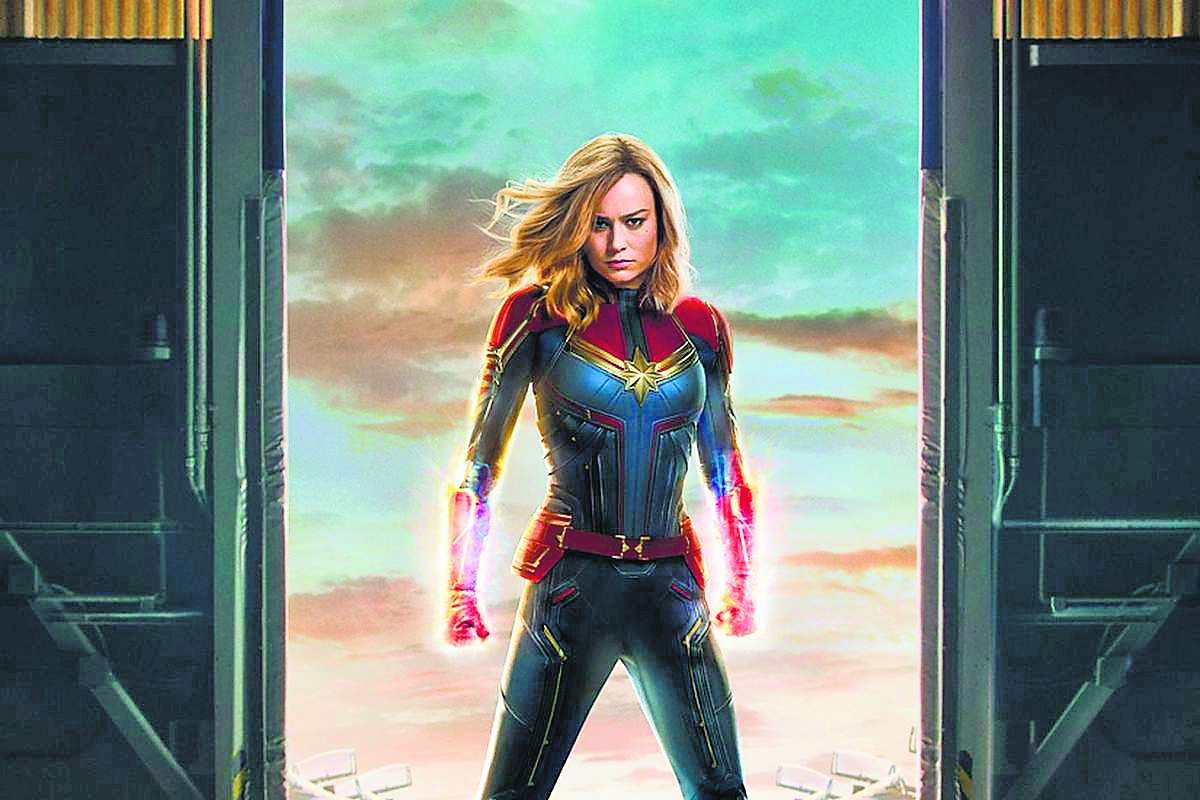 The presence of Captain Marvel cannot be underestimated. She didn't fight the Titan in Infinity War and in the trailer for Endgame, when Banner asks how the Avengers could potentially hope for a different outcome this time, Carol Danvers quips, "Because, before, you didn't have me".

Ever since Nebula was introduced to the MCU in Guardians of the Galaxy, she has been portrayed as a mean, killing machine. "I will hunt my father like a dog and I will tear him apart slowly, piece by piece, until he knows some semblance of the profound and unceasing pain I knew every single day," she says in the same film. Even in Infinity War, Thanos captures her when she sneaks aboard his ship to kill him only to be pardoned after Gamora reveals the location of the Soul Stone. Nebula has plenty of reason to seek vengeance. The quantum realm has been stated many times over the three phases of the MCU and the reason is obvious now than ever. The theory which almost every Marvel fan seems to agree on is that the Avengers would travel into a parallel universe in order to undo the damage. This idea isn't new as the recently completed Infinity Wars comic book featured the question of using one universe's Infinity Stones in another universe, as heroes crossed realities in an attempt to find a way to deal with a villain wielding seemingly uncontrollable power. This could also explain how Scott Lang survived as seen in the trailer, after being left all for himself in the realm at the end of Ant-Man and the Wasp. Remember when Doctor Strange says that he saw 14,000,605 futures and we only succeeded in one? What if there are those many universes?

Leaked set photos indicate that instead of using the quantum realm as a gateway to multiple universes, it takes them back on time to a suitable time where they will have, well, enough time to come up with a plan to stop Thanos. This makes sense considering the past is the only time when Thanos didn’t have possession of all the stones. Leaked photos show the heroes wearing costumes from previous time periods and even sporting different hairdos. Moreover, many characters want to relive or correct their past -- Rogers wants to have that date with Peggy Carter, Stark wants to stop weapons falling into wrong hands, Black Widow wants to stop herself from making her share of mistakes, Peter Quill would love to say goodbye to his mother on her deathbed… you get the idea. Each of these characters would want these outcomes… whatever it takes.