Directed by Sashi Kiran Tikka, the film marks the second collaboration between the actor and director after the 2018 spy thriller Goodachari

Adivi Sesh-starrer Major, which was scheduled to release on July 2, has been postponed due to the resurgence of Covid-19. Major is based on the life of Major Sandeep Unnikrishnan, who was martyred in action during the 2008 Mumbai attacks. Directed by Sashi Kiran Tikka, the film marks the second collaboration between the actor and director after the 2018 spy thriller Goodachari. Actor Mahesh Babu is one of the producers of the biopic.

A statement issued by the film's team reads, "We are living in unprecedented times and we hope you are following all the safety protocols and staying safe. Our film Major, which was originally scheduled for a worldwide theatrical release on July 2, is now postponed to a later date."

The statement said that a revised release date will be announced once a semblance of normality returns. "Times are tough but so are we," added the makers. 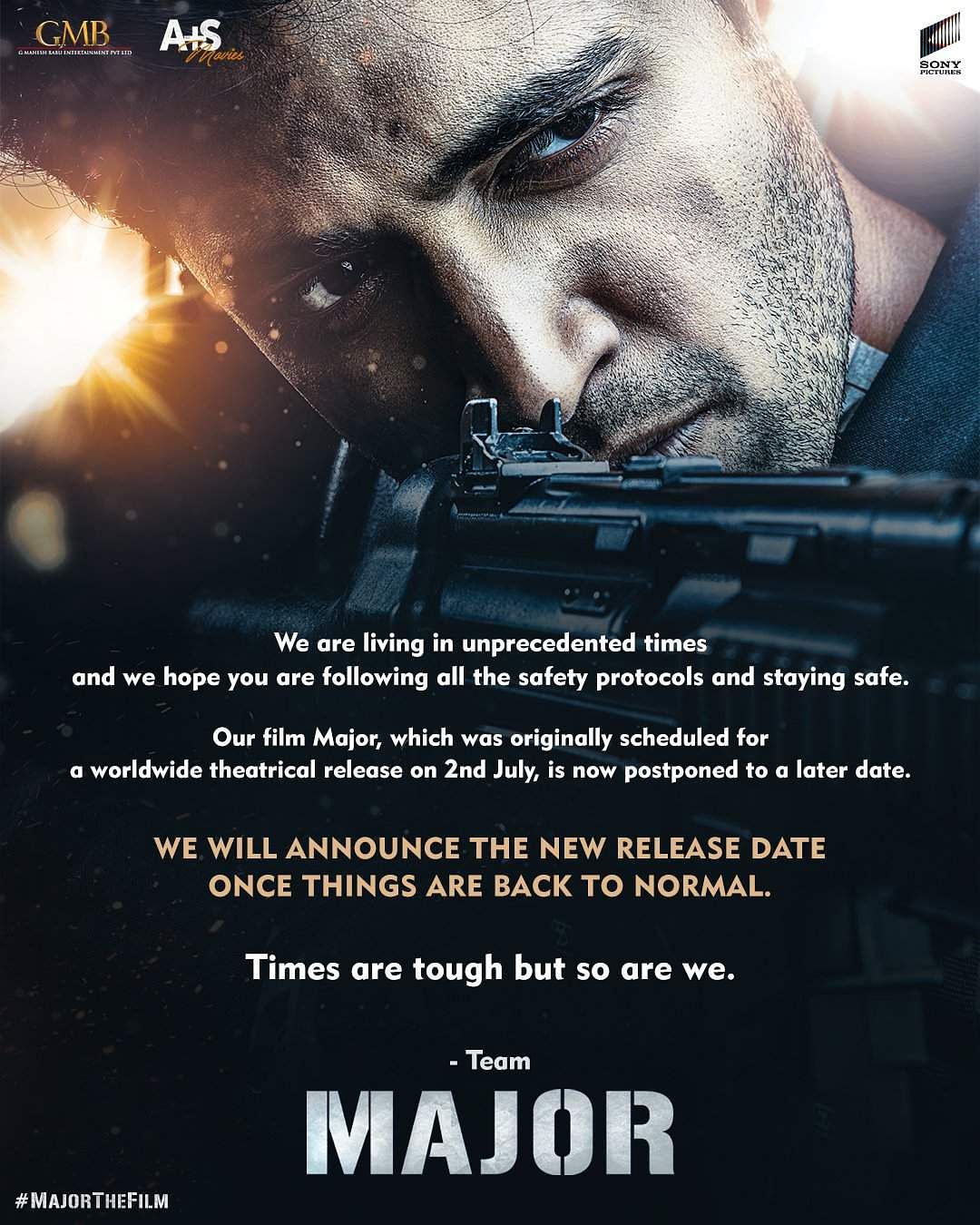