The first look poster of the film starring Nithiin, Tamannaah and Nabha Natesh was released today

Director Merlapaka Gandhi's upcoming film with Nithiin has been titled Maestro. A remake of the 2018 Hindi black comedy-thriller Andhadhun, the film will see Nithiin reprising the role of Ayushmann Khurrana.

The first look poster of the film along with its title was released by the makers today to mark Nithiin's 38th birthday. In the poster, the actor can be seen walking with a cane wearing dark shades and sporting a grey blazer with distressed jeans and a black V-neck t-shirt. 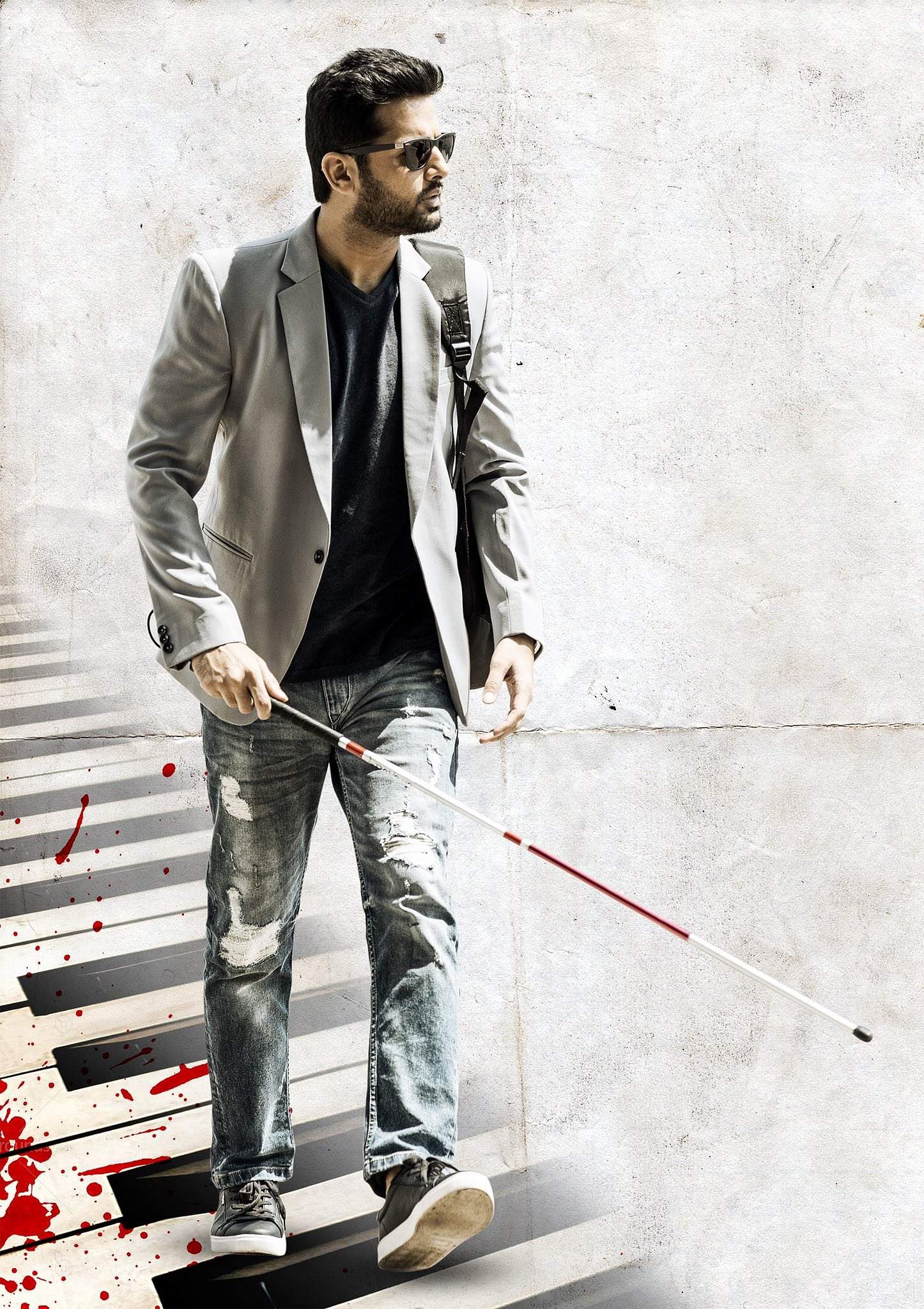 The film also has Tamannaah Bhatia and Nabha Natesh stepping into the shoes of Tabu and Radhika Apte, respectively. Produced by Sudhakar Reddy and Nikitha Reddy, the shooting of Maestro began in Dubai last year. The production is currently underway in Hyderabad.

Directed by Sriram Raghavan, Andhadhun charted the story of a blind pianist, who unintentionally gets embroiled in the murder of a former actor. The Hindi version won multiple awards including three National Film Awards for Best Feature Film in Hindi, Best Actor for Ayushmann, and Best Screenplay.

Maestro, which has music by Mahathi Sagar, is slated for release on June 11.