The film stars Akshay Kumar along with Nushrratt and Jacqueline Fernandez

On Instagram, Nushrratt put up a picture of herself reading the script of Ram Setu. She wrote, "Let's do this!!". 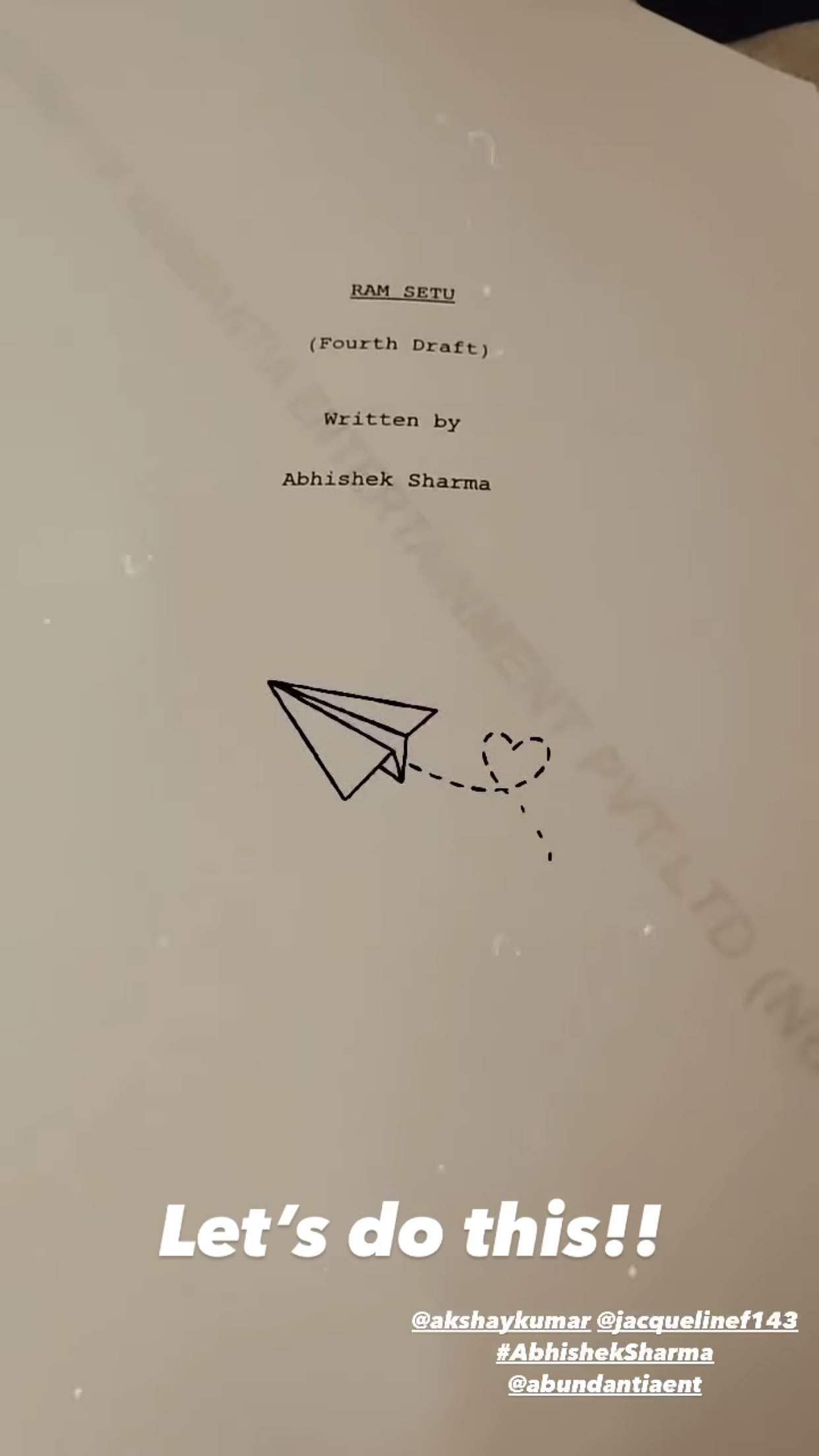 Ram Setu is produced by Kumar's Cape of Good Films, Abundantia Entertainment, Lyca Productions, and Amazon Prime Video. The film's shoot will be spread across multiple schedules over the next few months, with 80 percent of the filming planned in Mumbai.