The Krack actor is currently shooting for his upcoming film, Khiladi, in Italy

Of late, the Krack actor has made it a habit to share pictures from the sets of his films and his latest one showing him on a bike has gone viral on social media. The picture has been captured when the team is filming a spine-chilling chase sequence and Ravi is looking at his stylish best in an all-black outfit. 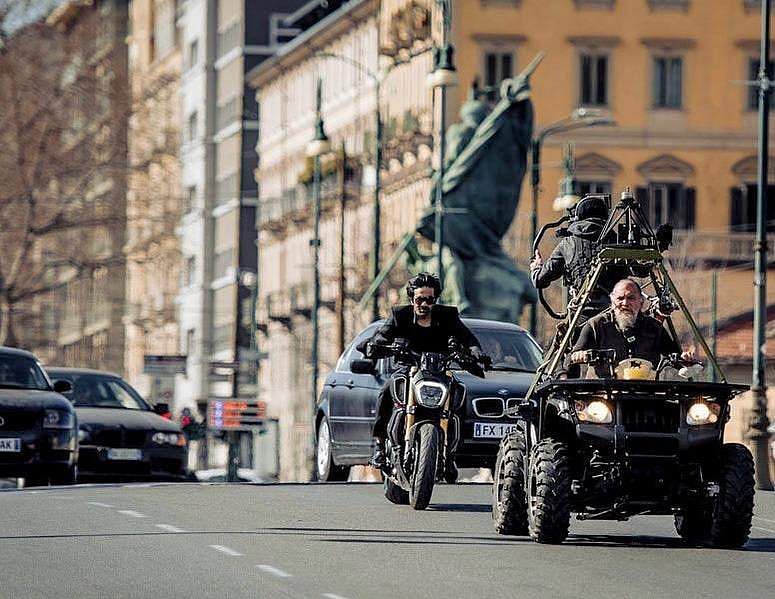 Sharing the intriguing poster, Ravi Teja wrote, "Action mode on.!! #khiladi" (sic) That's not all, the team has also shared another picture of Ravi Teja posing with Ramesh Varma and other members of the crew. The ongoing schedule will be wrapped up by March. Also featuring Dimple Hayathi and Meenakshi Chaudhary as female leads, Khiladi is a remake of the Tamil heist film, Sathuranga Vettai 2.